Guy And His Cats Recreate Famous Movie Scenes Together 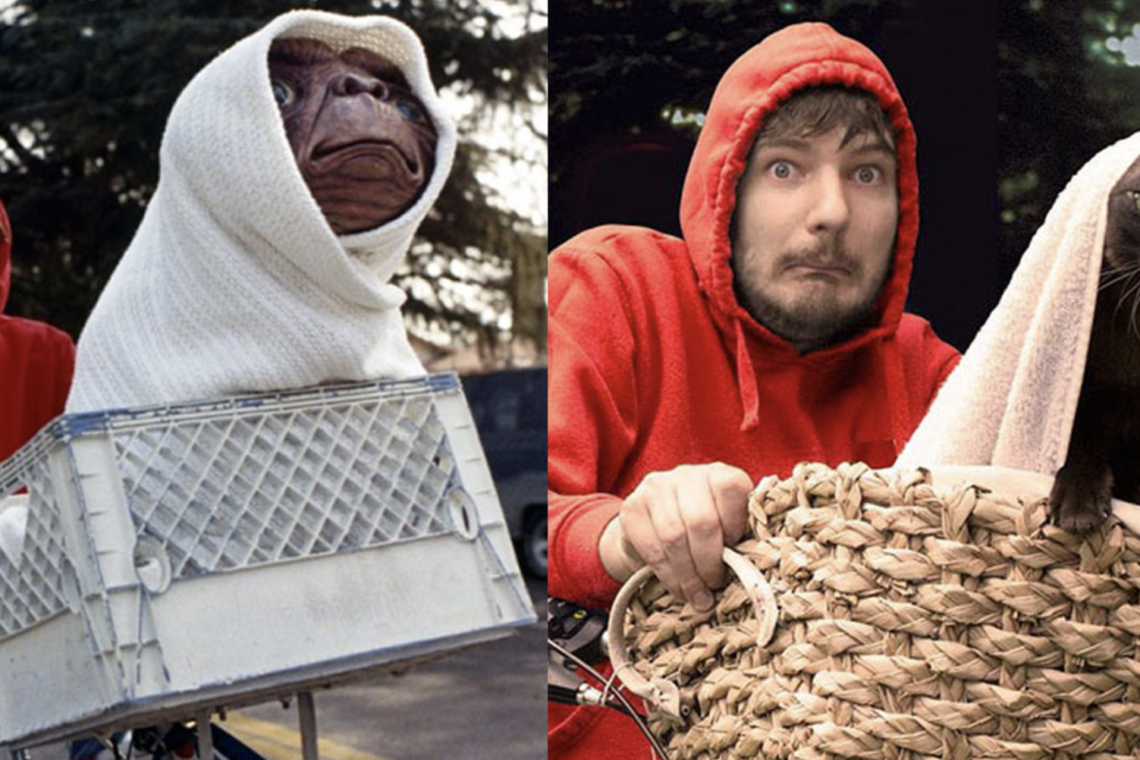 David and Sarah, a couple movie and feline lovers from the UK, are recreating famous movie scenes together with their cats and it is absolutely hilarious! They are the proud owners of two almost identical cats named Willow and Tara, but Tara stars in most of their productions. “We started doing it as a picture question in our pub quiz’s film/TV round, and it went down really well so we made it a regular thing,” – David and Sarah
“The cats clearly think we’re weird. It can be a challenge to get [the cats] to cooperate, but they get lots of treats so that tends to win them over to our nonsense,” said Sarah and David.
The good news for the movie and feline lovers is that there’s more pictures to come! “We’re going to keep making them. It’s a hilarious way to spend a Sunday!” 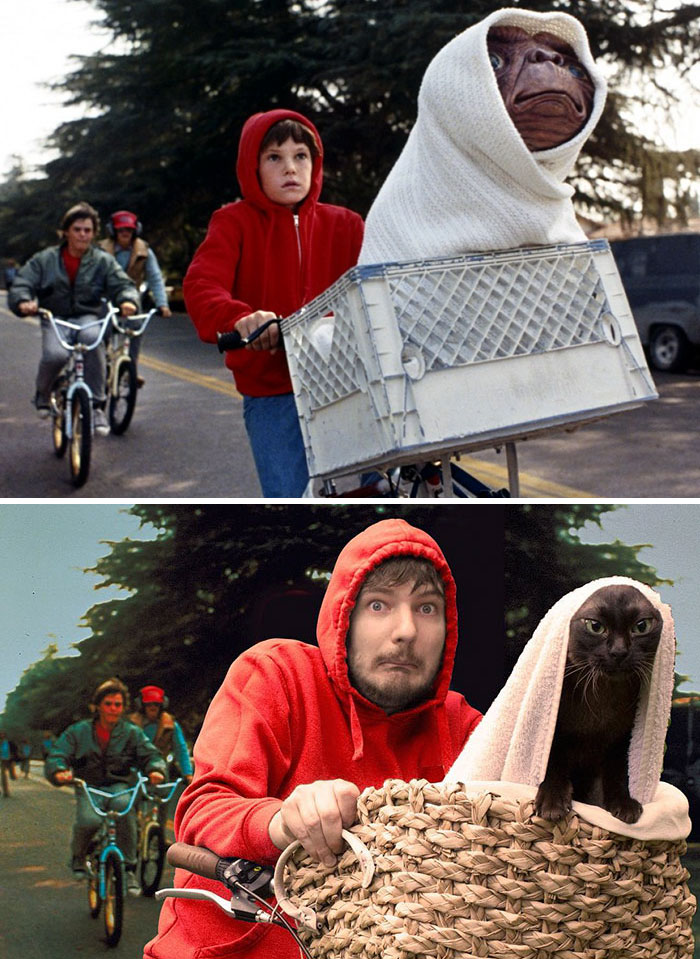 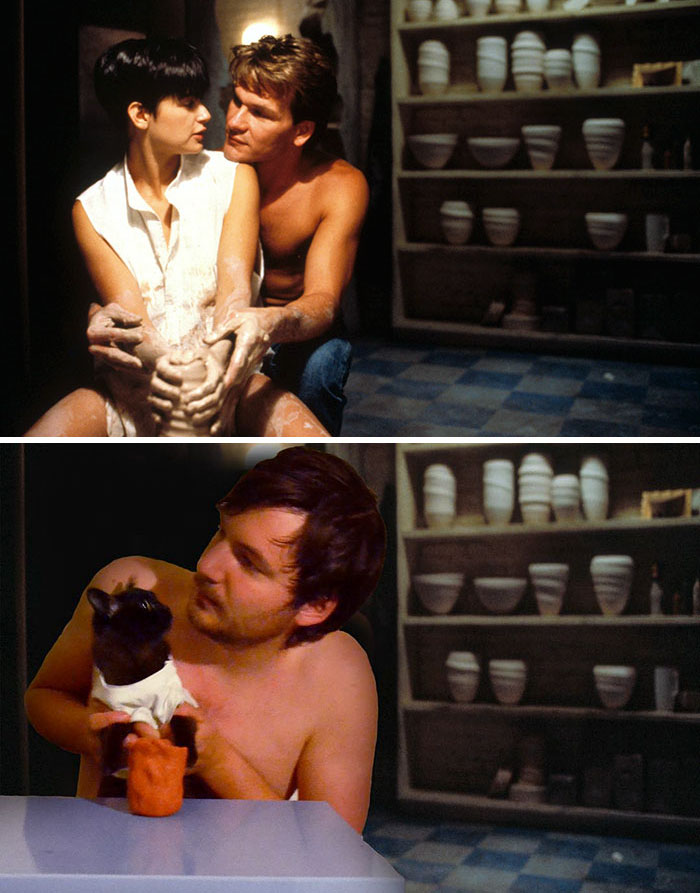 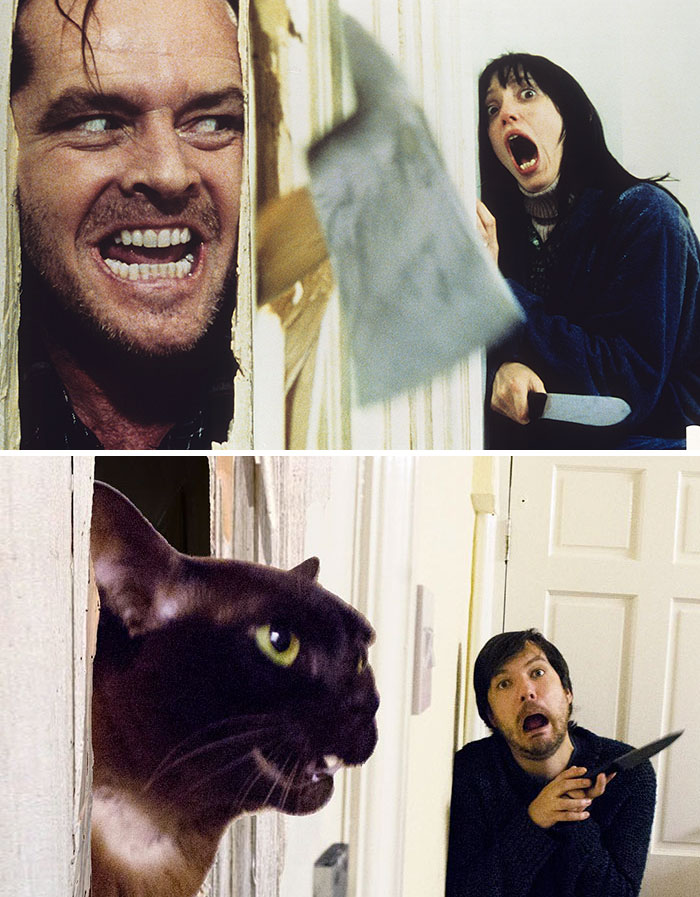 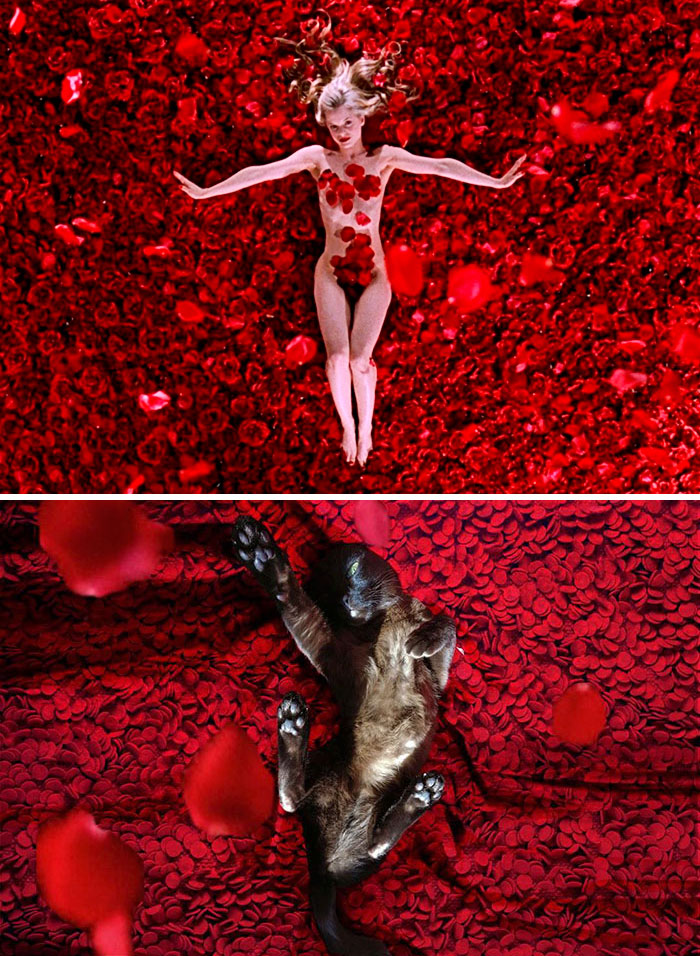