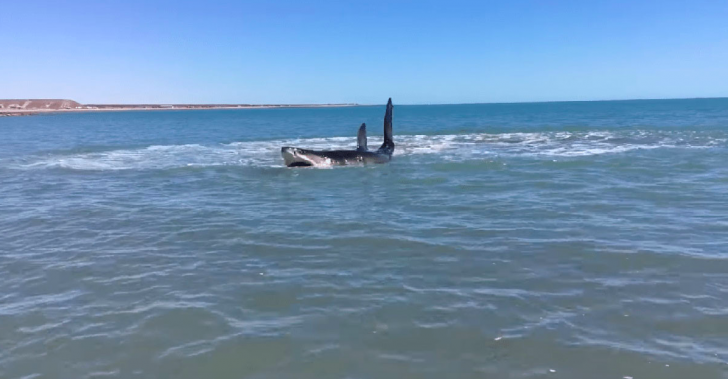 I happen to believe that the movie “Jaws” is a brilliant bit of filmmaking. With a low budget, Speilberg managed to harness the power of the special effects of the time. Whether or not you are a fan of the movie, it’s difficult to argue that it fulfilled its purpose. It definitely made an impact on the way people view sharks, especially Great White Sharks, and generations later, that fear seems deeply ingrained in our culture. The popular yearly television event of “Shark Week” is filled with close-up, terrifying footage of the super predators.

Though “Jaws” and “Shark Week” may keep beach visitors on the sand and out of the water, the reality is that the chances of an actual shark attack are very slim. You’re actually more likely to be killed by a falling coconut. (Beaches are so dangerous!) But, we do occasionally hear about a shark attack occurring somewhere around the world, and occasionally, lucky folks may catch a shark on camera.

The people who took this video didn’t seem terribly intimidated when they were faced with a dangerous Great White who was just offshore, swimming in only three feet of water. The shallow water made the shark clearly visible. This video was taken in a remote area of the Gulf of California, sometimes called the Sea of Cortez, near the Baja California Peninsula.

Onlookers realized that the poor creature was actually badly injured, most likely by a boat propeller, but with poor cell phone signal, they were unable to contact anyone (a wildlife expert) to help. But, the Great White was constantly moving and in control of where it was in the water. Hopefully, it found its way to deeper waters and was able to heal.