Everyone needs help, from time to time.No matter how old or young someone might be, there will come a time when they need a hand. For Nancee Lingg, age 82, that time came when she landed at Appleton International Airport after a long flight.The elderly woman was struggling to handle her heavy luggage and no one was around to help.

So a tall man kindly offered to help her with her bags and she gratefully accepted.But things didn’t get easier for the elderly woman.
Nancee and the kind stranger were told by a flight attendant that someone would be waiting for her with a wheelchair. But when they left the plane, they discovered that no one was there and all the wheelchairs were folded up.

This might have led to Nancee asking for help from the staff, but the kind stranger leapt into action. He asked if he could push Nancee and she said yes. 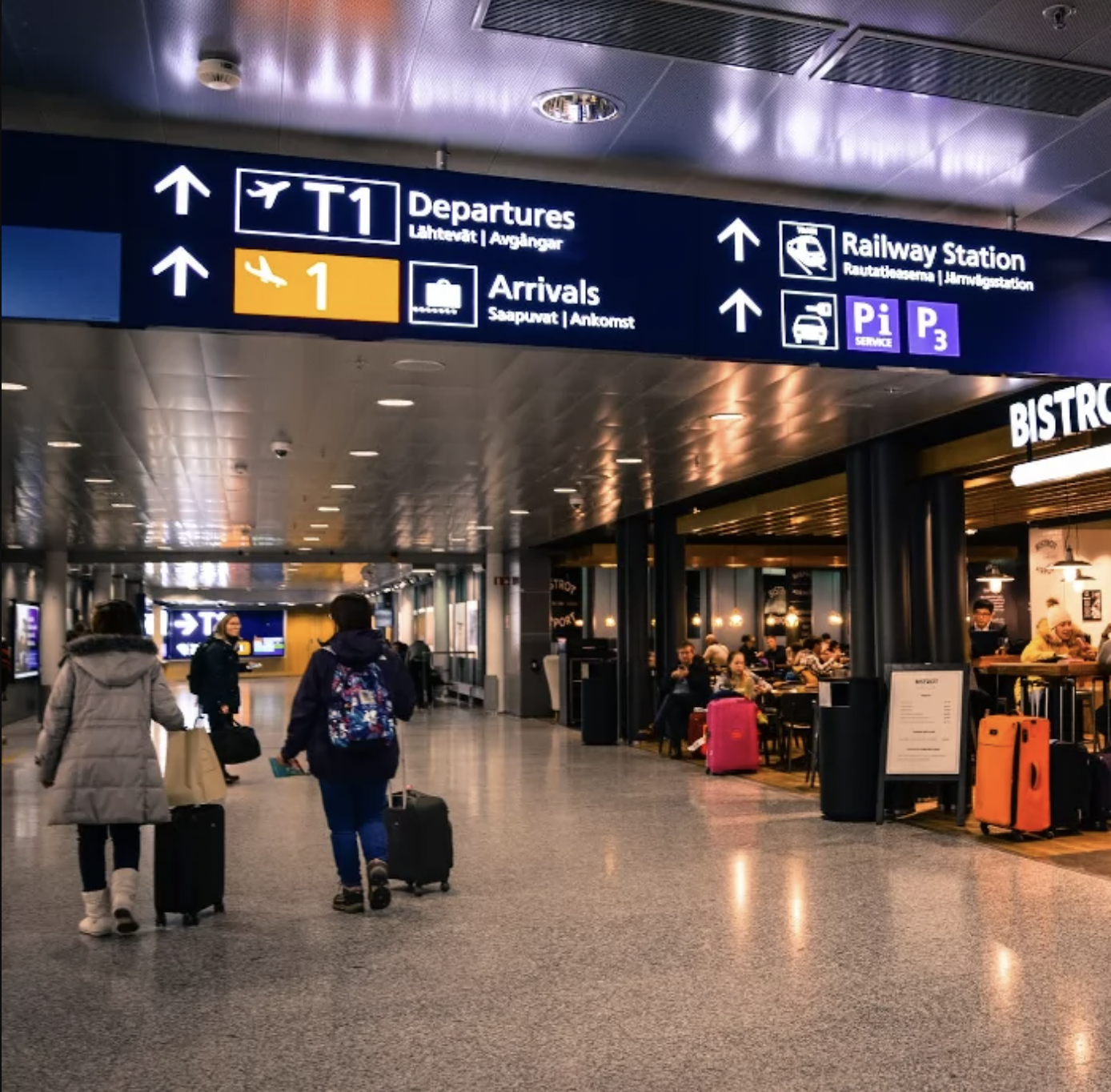 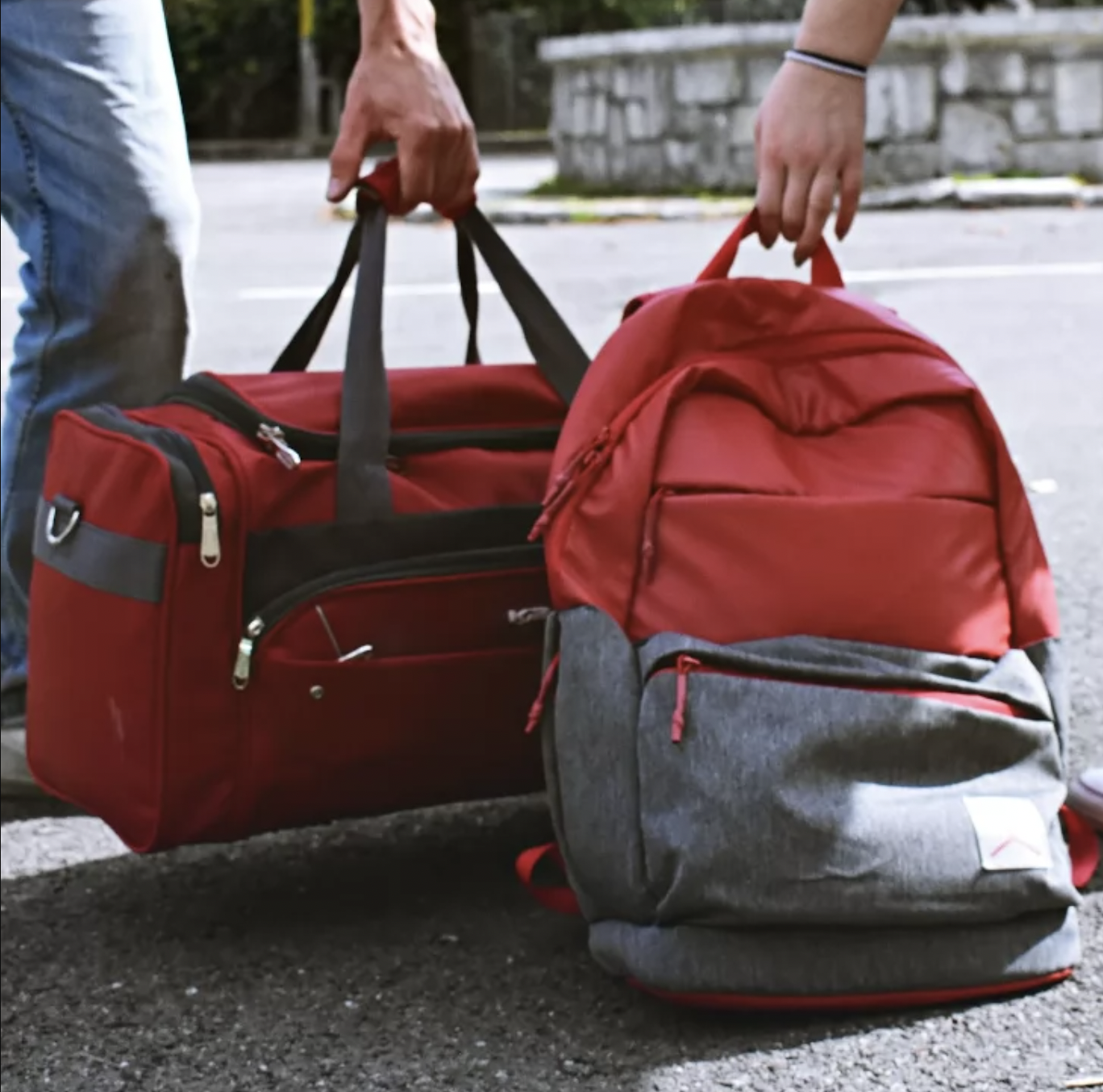 Teresa Lingg Knuth, Nancee’s granddaughter, noticed the Greenbay Packers tags on the stranger’s luggage. She asked him if he played for the team and he revealed himself to be none other than running back Aaron Jones.

Aaron shared a moment with the two women and then posed for some pictures and went on his way.

But Teresa wasn’t the only one who noticed Aaron. 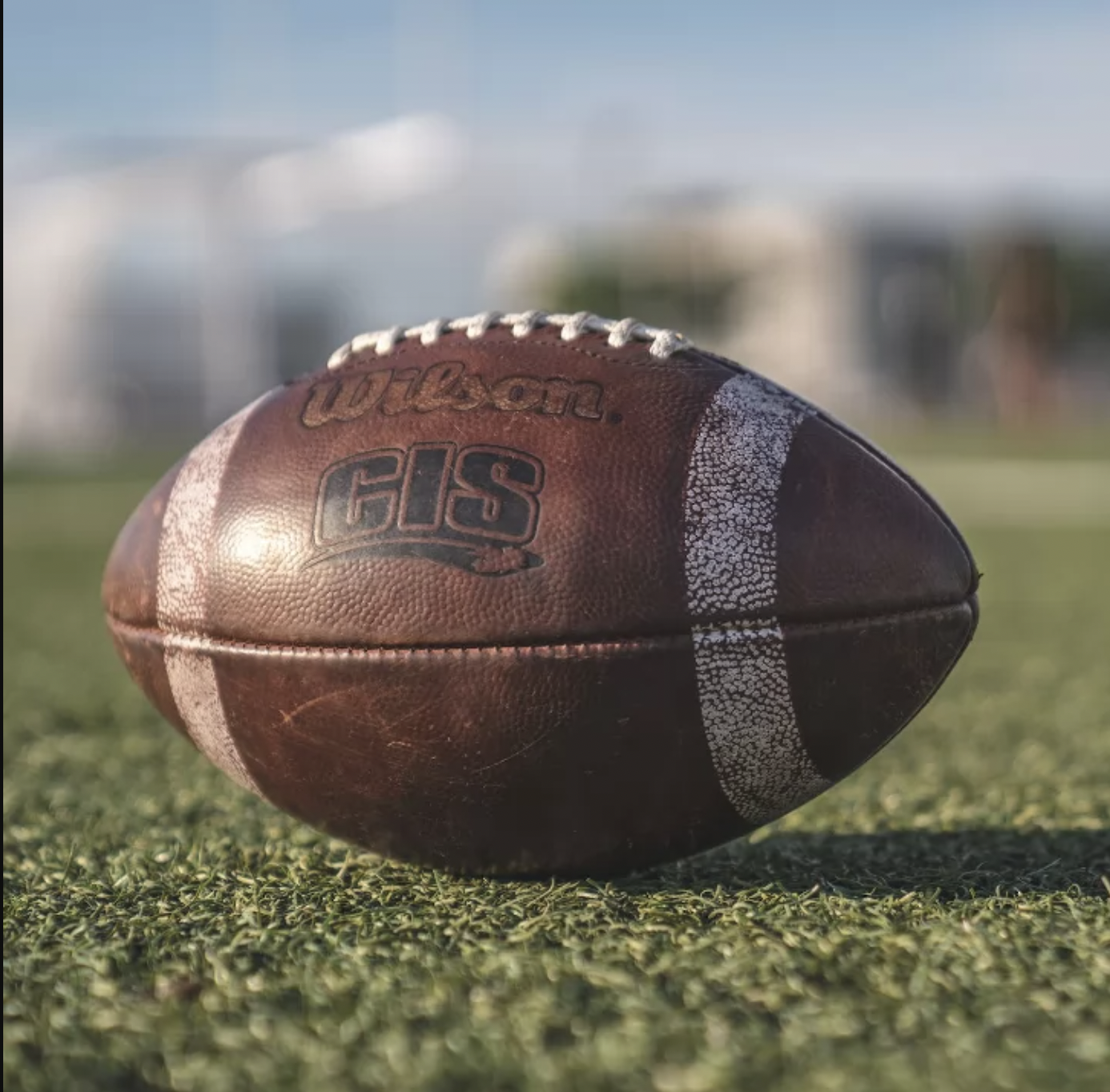 As it turns out, Aaron’s act of kindness didn’t go unnoticed. Twitter user, “Momica” snapped a photo of the Packers player and shared it on social media. She said in a tweet:

“Just watched Packers Aaron Jones push a random lady through the Appleton airport because there was no there to push her. GO PACK GO”

Twitter users exploded with praise for Aaron’s actions, especially when Teresa responded to the tweet with the photos she took with Aaron and her grandmother and telling the world; “That’s my Grandma!” 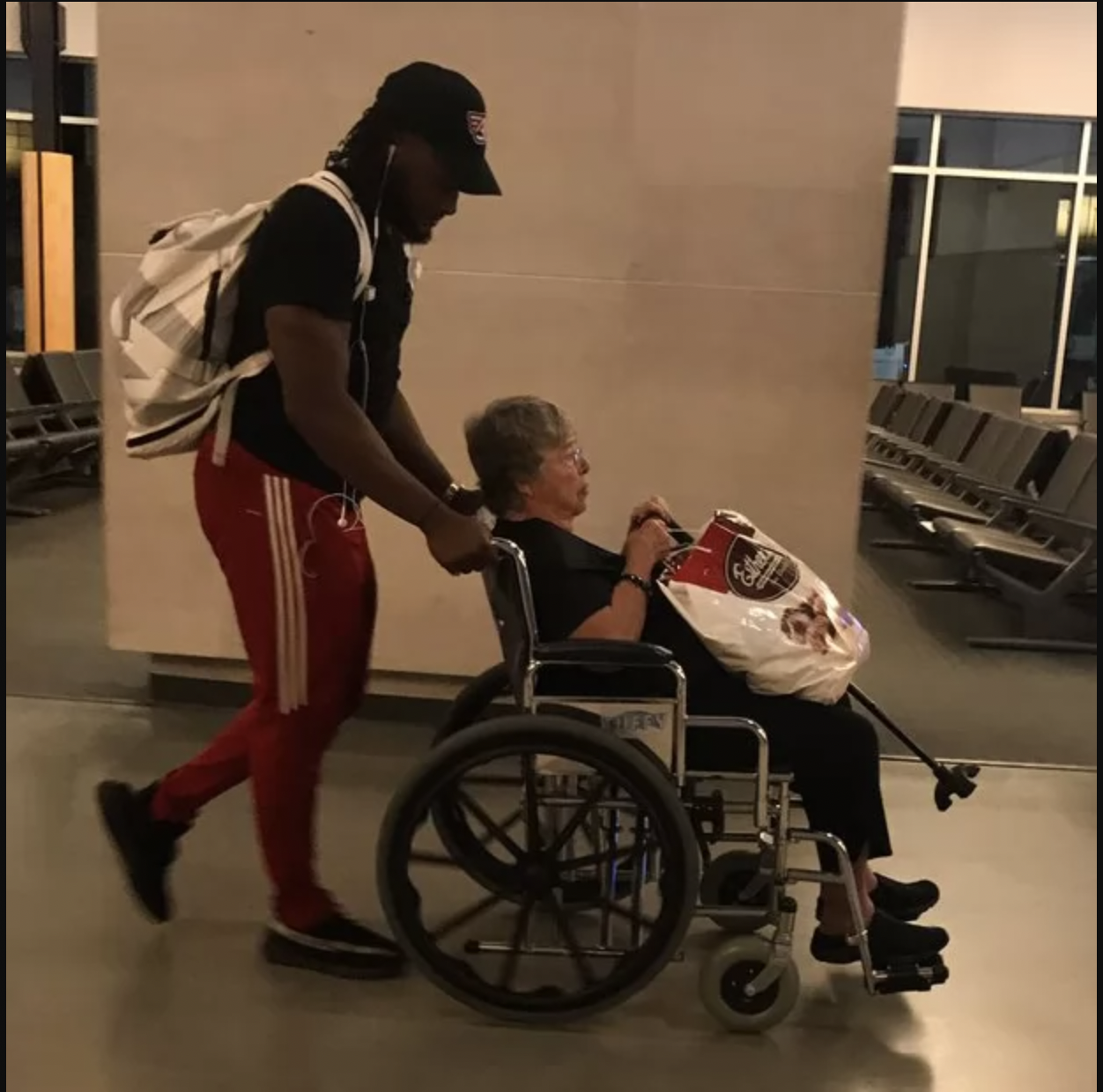 Then word reached the coach…
Once news of the incident reached Packers coach Mike McCarthy, he responded with this statement: 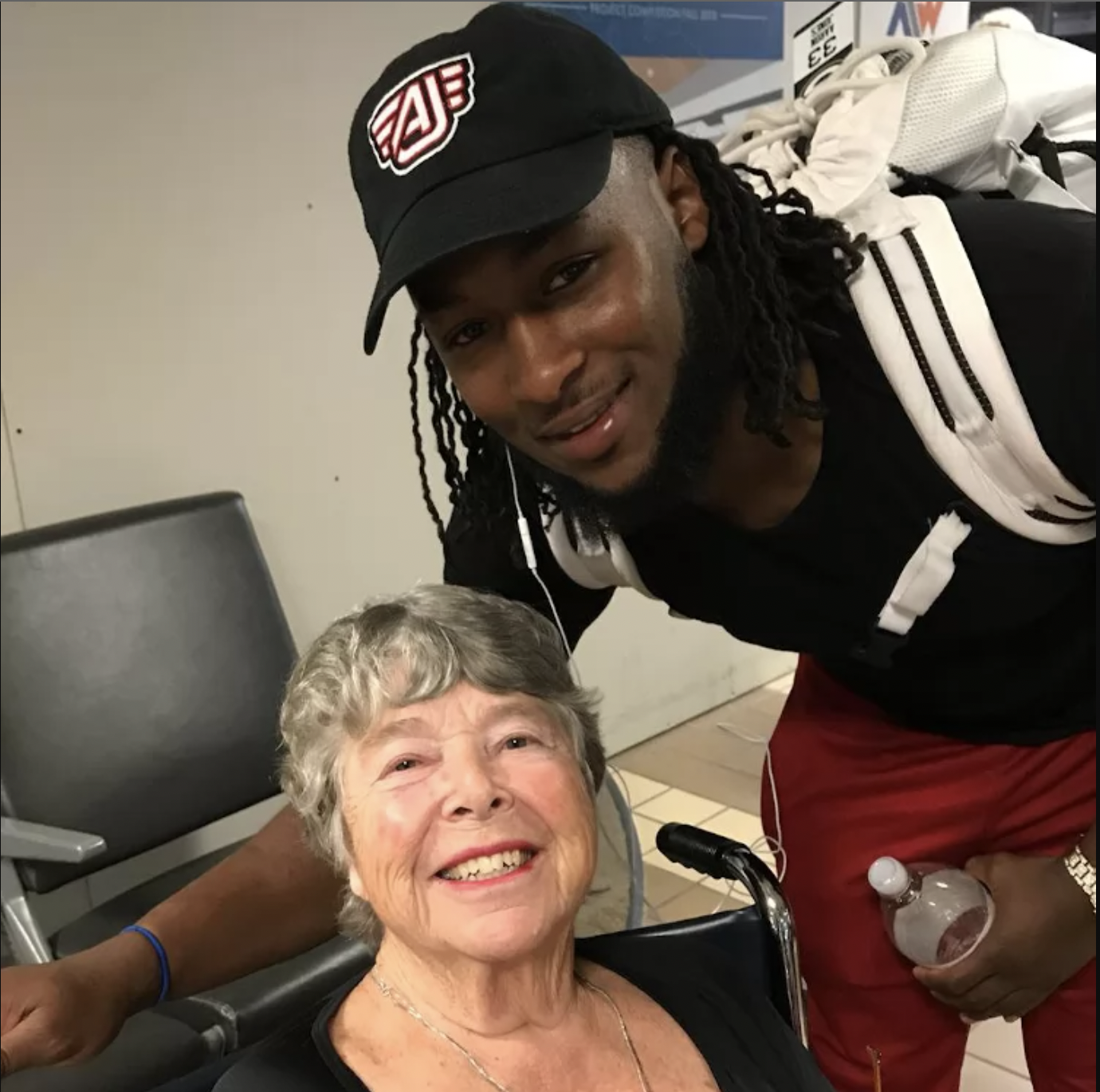 “I’ll just say about Aaron Jones and our players: I’m thankful that everybody else is getting to see what I get to see pretty much every day. I mean, this is a tremendous locker room. We’ve been very fortunate and blessed with the caliber of character that we have in our locker room.” 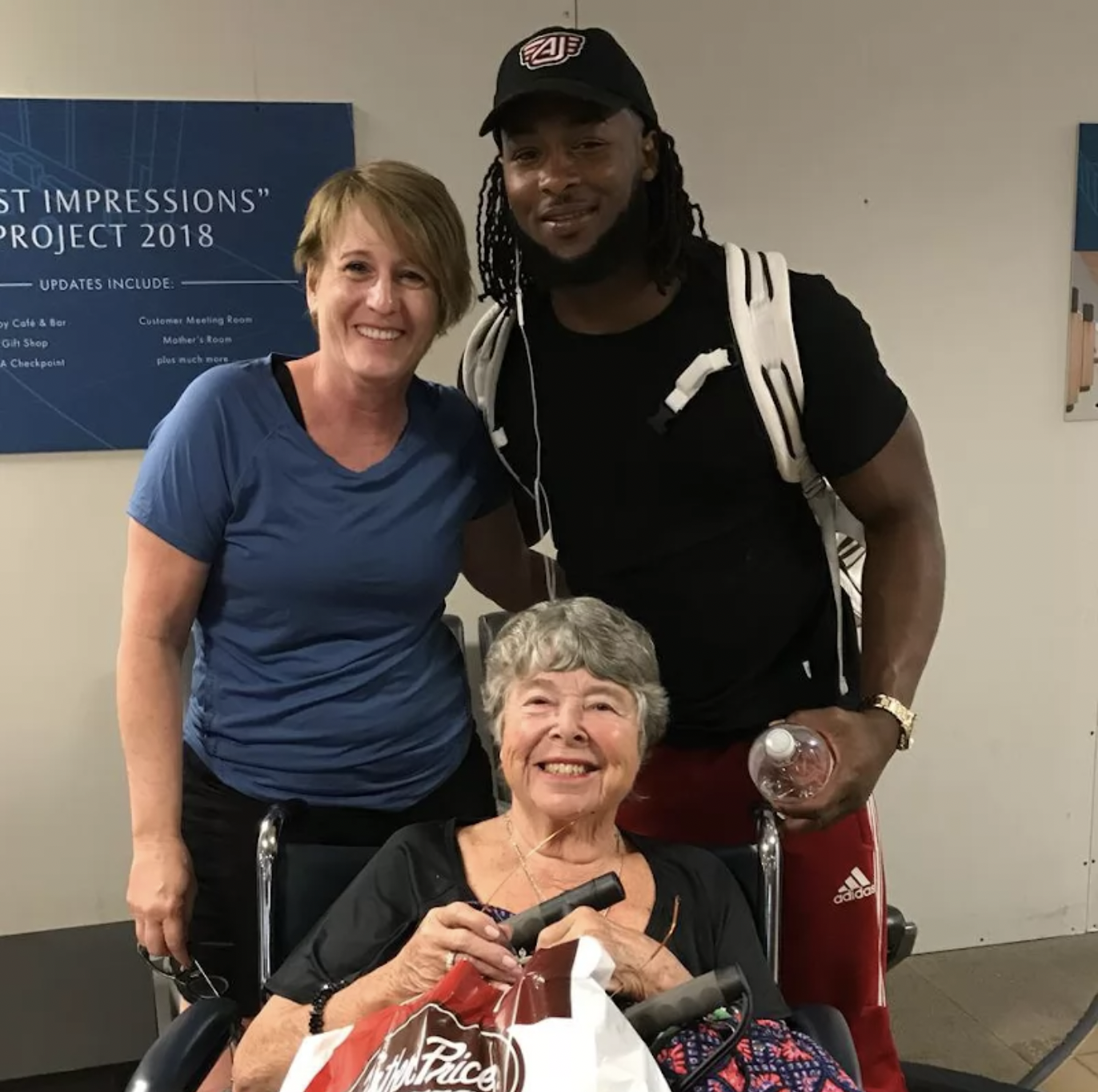 Aaron’s kindness shouldn’t come as a surprise because…
One look at Aaron’s Instagram page shows that Aaron is a big hearted individual. Among photos detailing the runningback’s life, you can see a few shots that show how fan-oriented the player can be.

Take for example this photo that shows Aaron posing with two young fans next to their favorite local cereal.

This goes to show you, that you’re never too big or famous to help someone in need.
Please SHARE this with your friends and family.