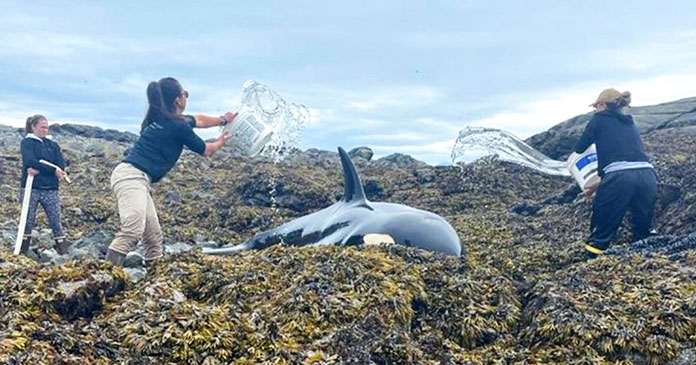 In a heartwarming moment captured on camera, a group of strangers came together to help a whale stuck between rocks on the shores of an Alaskan island. Their act made them heroes and restored faith in humanity. Their efforts did not go to waste as there was a happy ending to this story.

The whale was first seen by the crew of a private ship, on the Prince of Wales Island, which is a few miles off the shores of British Columbia. 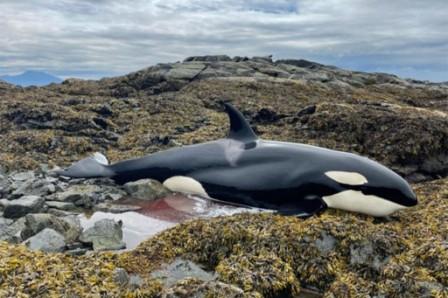 When they realized that the 20-foot orca was in danger, the good captain anchored the ship and even the crew came to help the helpless creature.

The kind-hearted people used the pumps and buckets to pour water on the whale to keep it alive. They even alerted the Coast Guard about the seriousness of the situation. Some beachgoers also came to help with buckets to put water on the helpless whale.

Thanks to the great efforts put in by the people, the whale was rescued. After the hard work of six hours, the orca was finally rescued and she was able to free itself once the tide returned. This dramatic rescue was filmed on the cameras by several witnesses and went viral. 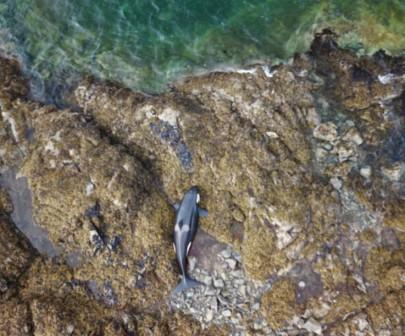 According to captain Chance Strickland, the whale was really sad and tears were coming out of its eyes. It is not clear how the whale ended up there, but some said that it might be due to the 8.2 earthquake which hit the Alaskan shores a day earlier.

But Julie Fair, a spokeswoman for the National Oceanic and Atmospheric Administration said that it can’t be the reason for the whale to be stranded there.

Whatever may be the reason, but one thing is good that the whale was saved and hats off to those Samaritans who worked hard to keep the whale alive.