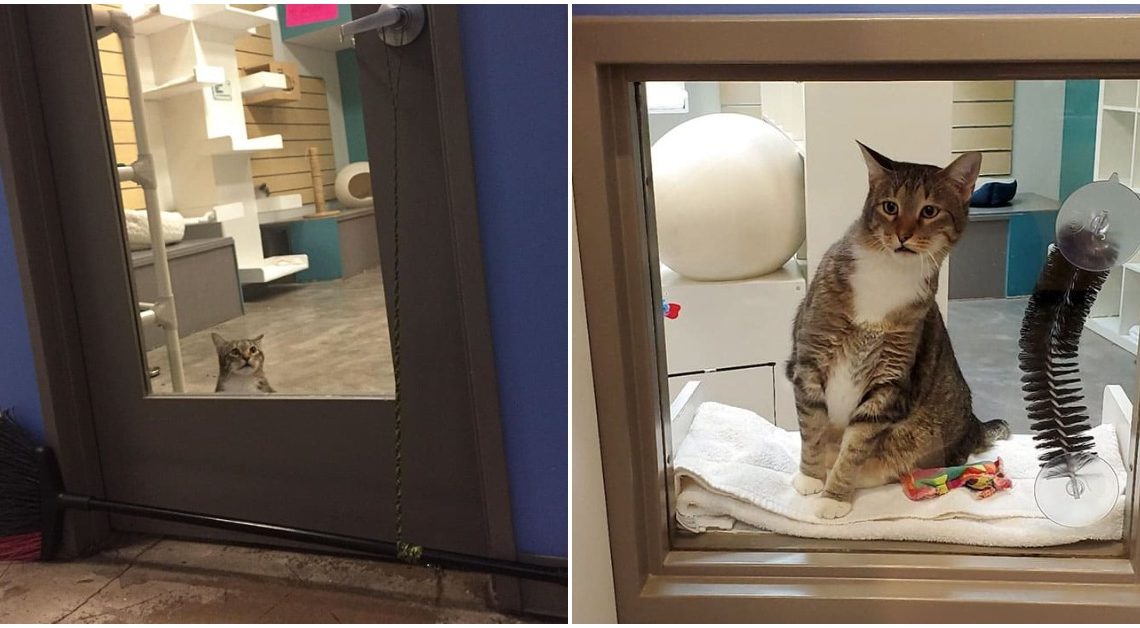 Quilty is a six-year-old rescue cat at Friends For Life Animal Rescue and Adoption Organization in Houston, Texas. Unfortunately, he was placed in solitary confinement since he was a nuisance at the shelter. After the volunteers had gone home, he let the other cats out of their enclosures and into the lobby.

At first, Quilty was sent to spend his time alone in the shelter’s lobby after he continually helped other felines escape from the senior room. He repeated this about 3–5 times a day, and each time he was unfortunately caught by staff at the shelter.

He was then put into an integration kennel so he could reacclimate. However, he escaped that kennel too! Finally, the staff put him into solitary confinement.

Quilty, for one, was not thrilled about this because he enjoyed roaming the shelter with the other cats. His housemates missed him so much when he was confined to the lobby, according to the staff. When Quilty let them out to run around the shelter at night, they had a great time.

Quilty has allegedly attempted to stir trouble before, according to the shelter. He learnt how to open the door to let his dog brother in from the backyard at his former house. The dog, however, created a mess on the floor, so the owner returned him to the shelter.

Quilty soon gained notoriety after the shelter shared a video of his attempted escape on Facebook with the remark, “Quilty will not be caged and he has no shame.”