Fishermen Reeled in a Two-Headed Porpoise 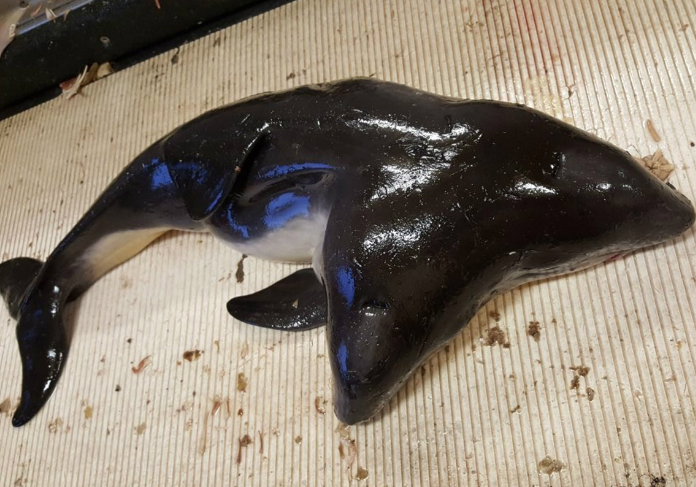 Fishermen off the coast of the Netherlands pulled a two-headed sea monster from their beam trawl nets — marking the first case of conjoined twin harbor porpoises in history.

The harbor porpoise (Phocoena phocoena) is one of the smallest marine mammals and one of only six species of porpoise. They were considered nearly extinct between the 1960s and 1980s until the late 1990s when they finally returned to Dutch waters, possibly due to food shortages.

Now they serve as one of the most abundant mammals in the Southern North Sea, numbering approximately 345,000 animals. These cetaceans are smaller than normal porpoises, measuring 67–85 cm in length at birth and weighing up to ten pounds.

Fisherman George Groenendijk and Henk Tanis discovered the unusual cetacean when they pulled it from their beam trawl net onto their vessel. 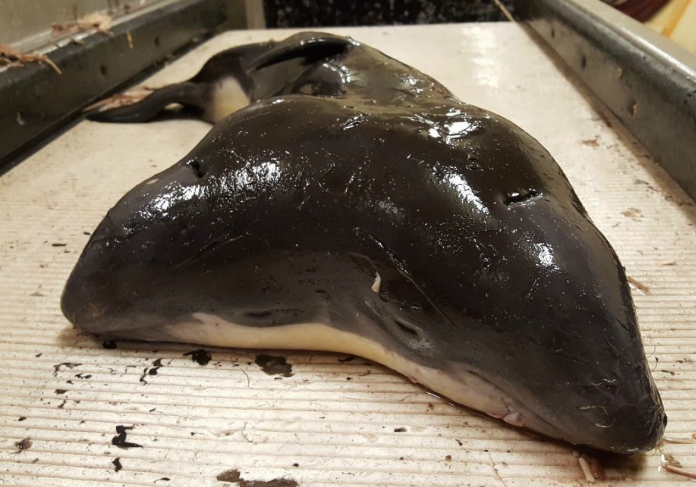 They thought it would be illegal to keep such a specimen so took photographs and threw it back to sea, much to the dismay of scientists.

The specimen was identified as dead neonate harbor porpoise conjoined twins. It had a single body and two fully grown heads, a condition recognized as parapagus dicephalus, or partial twinning.

The neonate status was determined due to the pliability of the dorsal fin, which hardens soon after birth, and hairs on the upper lip, which fall out early on in life. The cetacean measured 70 cm and weighed an estimated 6 kg. Although theorized to have been born alive, the animal died soon after birth.

The complete study is published in the Online Journal of the Natural History Museum Rotterdam.