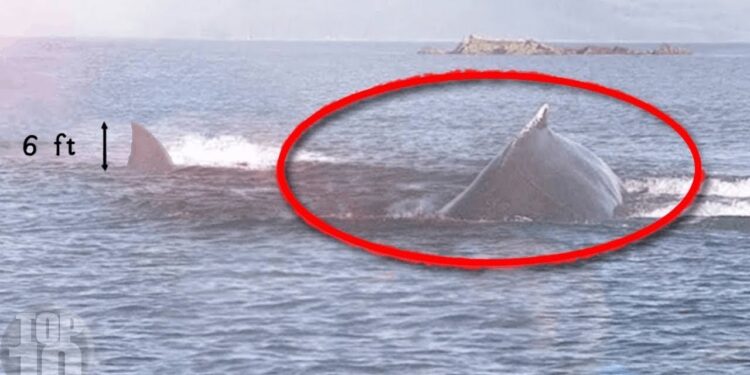 Two fishermen were left stunned after spending nearly five hours reeling in a catch, only to find a huge shark missing most of its body. 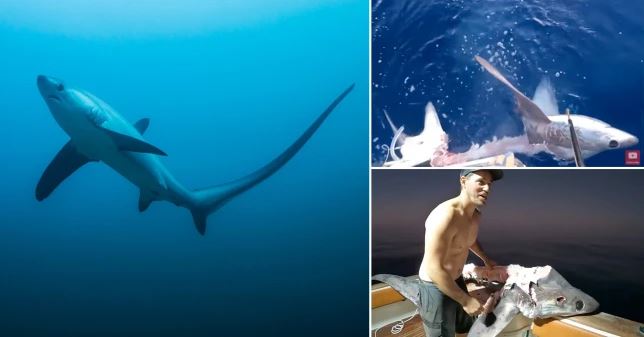 The friends thought it was just a big fish at first (Picture: YouTube/Sammy Hitzke Fishing/Getty Images)

The half-eaten ‘monster of the deep’ was seemingly attacked by an even larger predator in the depths of the ocean.

Footage shows Sammy Hitzke and his friend Shaun Whale struggling to land the creature in Australia.

The two men initially believed they had found a large fish during a trip off the coast of Queensland.

As the body nears the surface of the water, Sammy is heard telling Shaun ‘it could be a shark’.

The pair are astonished when it hits them they’re dealing with a chewed-up body.

The shark looked to only have its vertebrae connecting the front half of its body, with another hook in its mouth.

‘It looks like it’s been sharked. Shark’s been sharked’, Sammy says. ‘This is epic, this is proper epic. He’s got three-quarters of himself missing.’ 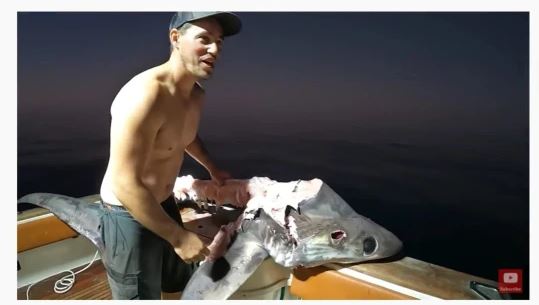 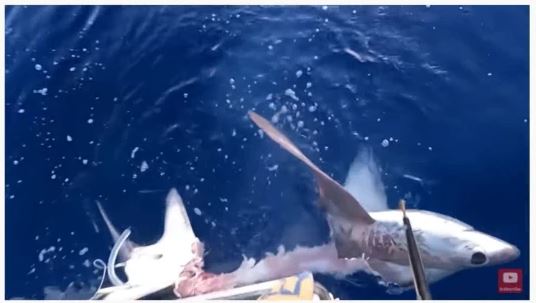 The creature ‘had three-quarters of itself missing’ (Picture: YouTube/Sammy Hitzke Fishing)

Experienced fisher Shaun has described the experience as the ‘find of a lifetime’.

‘I’m absolutely exhausted but this might be the craziest thing I’ve ever seen in the ocean’, he said.

‘I’ve done a lot of fishing, spent a lot of time out on the big blue, and not once did I think I’d find a thresher shark eaten by something that, I imagine, was absolutely massive.

‘This is a true predator of the depths – now he’s just food for another shark.’

A YouTube video of the incident named ‘There’s always a BIGGER FISH! Deep water fishing gets crazy!’ has been viewed more than 170,000 times.

Some commentators claim the shark was likely attacked by a giant squid, saying the damage doesn’t look done by another shark.

Another person named the footage ‘amazing’, while someone else wrote: ‘That was sick!! Can’t imagine the muscle pain you guys had the next 2 days.’