First Cat In The World Is Fitted With Four Bionic Paws 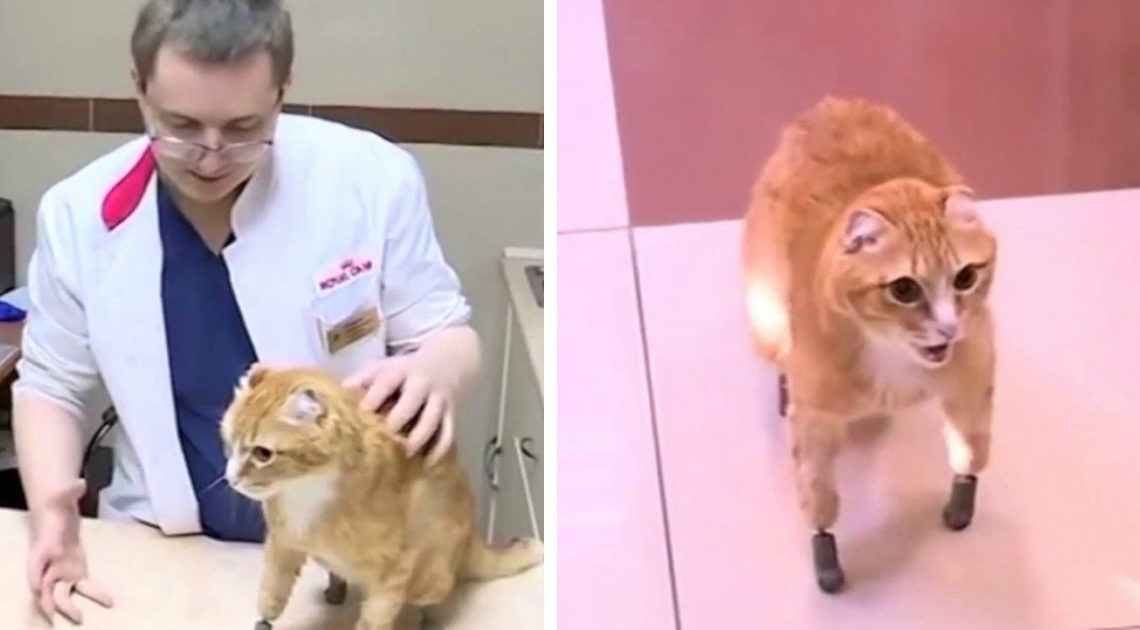 A cat in Russia who lost all his limbs due to frostbite is believed to be the first in the world to receive a set of four bionic paws.

Ryzhik is now re-learning to walk after being fitted with the specially made titanium implants.

The cat, who had been abandoned, had to have all his paws amputated due to gangrene setting in after having suffered terrible frostbite in Tomsk, Siberia.

Usually, in Russia, a cat in such a state would have been immediately put to sleep, but Ryzhik was lucky enough to be found and taken in by a new owner who chose to take good care of him.

The new paws were fitted at a clinic in Novosibirsk using 3d modeling and computer tomography.

“The limbs have fully connected with the skin and bone. The part of the limb that goes inside the body is spongy, the bone tissue grows inside it,” he continued. 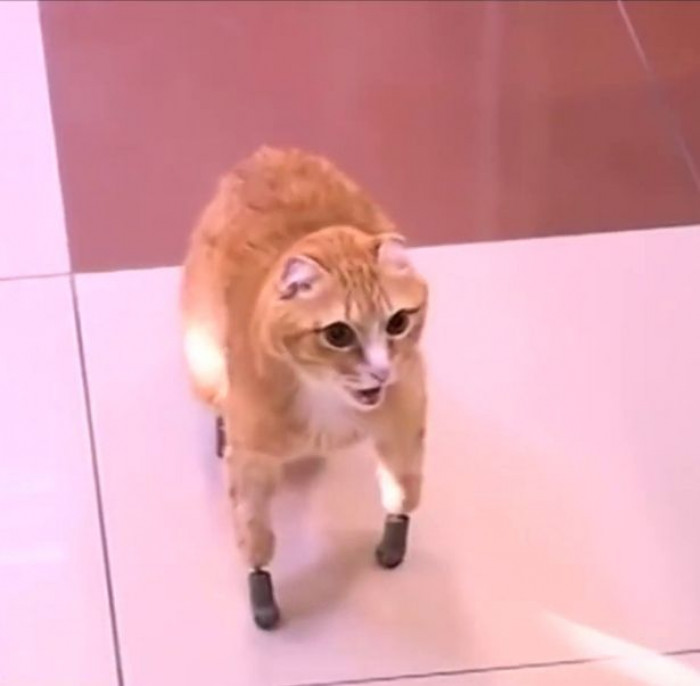 “We achieved a good result.” 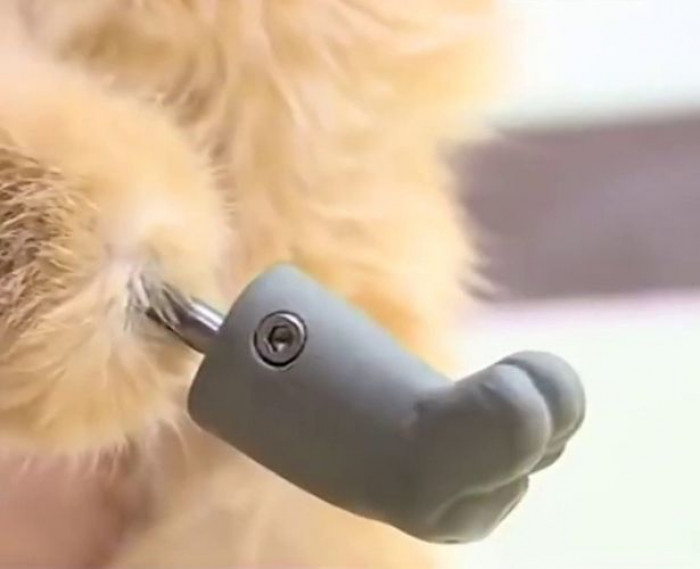 Ryzhik, which means redhead or ginger in Russian, has not been trying to remove the limbs, which is a great sign, indicating he is content with his new mobility. 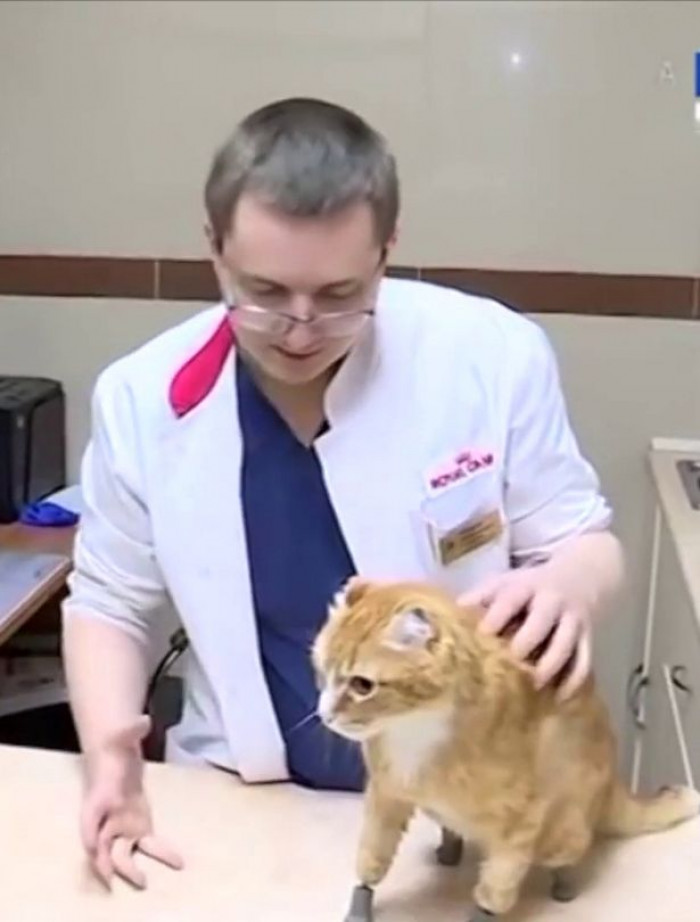 Gorshkov’s clinic is currently working on developing new methods of helping animals in distress, including the patenting a technique for attaching artificial limbs to birds, rebuilding beaks for parrots, and hoofs for cattle. 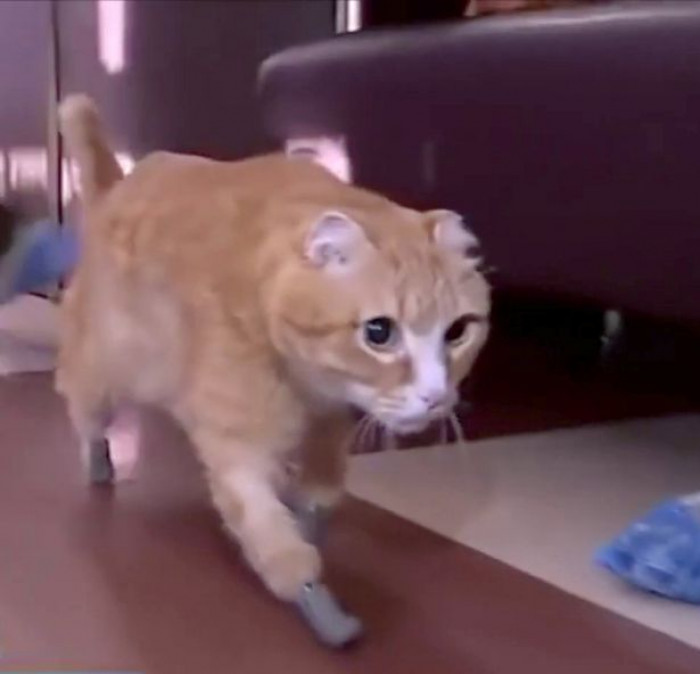