Family Woke Up To Find Moose In Backyard Swimming Pool 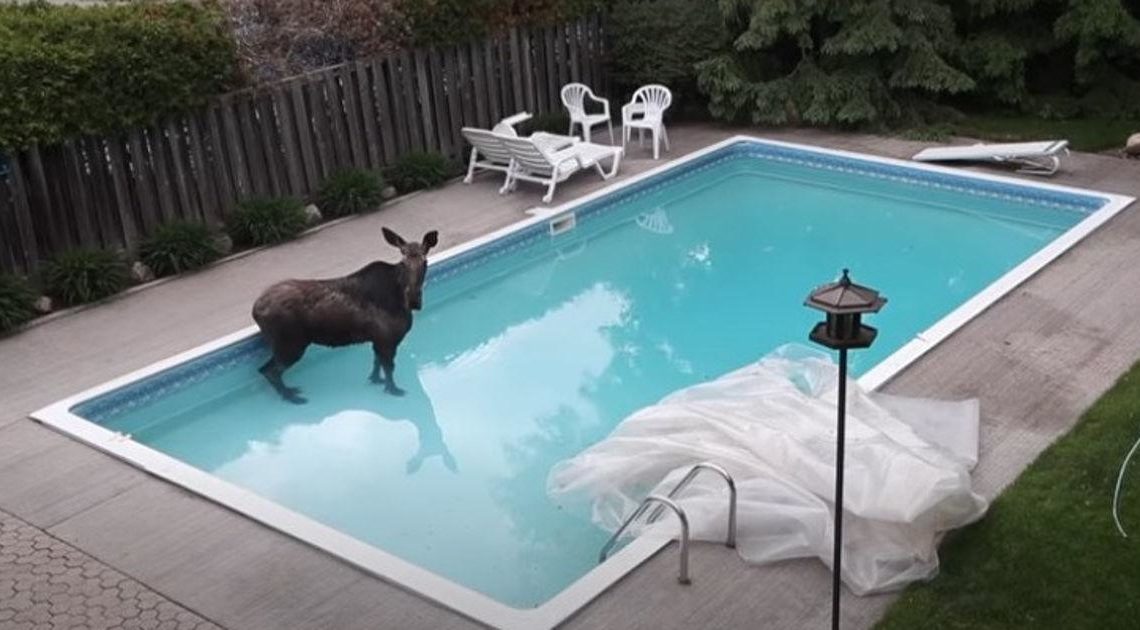 Canada is well-known for many things. They have great hockey, great hiking, and a large moose population. It’s not uncommon to see road signs warning about the moose crossings on the road there. While moose are mostly docile, they are huge and no one wants to challenge them. They can do a lot of damage, whether they mean to or not! On May 29th, 2020, one family in Ottawa South in Ontario, Canada had a very interesting encounter with a moose. It was hanging out in their pool one morning when they woke up!

Moose love cool weather and plenty of greenery to munch on. That’s why Canada makes such a great home for them. When it gets hot out, they quickly look for some shade. Better yet, if they can find it, they’ll cool off in some water. They love rivers, lakes, and ponds. But really, they’ll take what they can get, including an artificial body of water.

That’s probably what happened in early June of 2020. When Paul Koch of Ottawa South in Ontario got up, he saw a moose in the family’s backyard swimming pool. He was shocked, to say the least! Koch was planning to start his workout for the day. He didn’t expect to see a moose doing theirs in the pool.

Kind Of A Big Deal 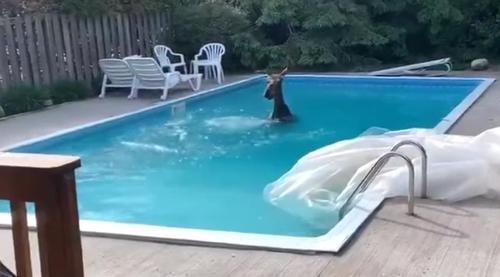 The moose in the Koch family’s pool was a female estimated to weigh 700 to 800 pounds. This was a full-sized adult animal! The moose was having lots of fun. It didn’t seem to be in distress at all, but the Kochs also knew that a pool wasn’t the right habitat for this creature. So they called the proper authorities. In this case, that meant the Ministry of Natural Resources. 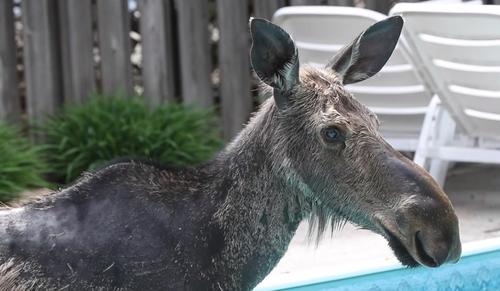 Eventually, though, this athletic moose made her own exit from the pool. The Koch’s saw her jump over the fence into their neighbor’s yard. Then she hopped another fence and continued on her way out of the residential area.

Everyone was grateful that she hadn’t been injured. For example, she could have accidentally landed in another pool while hopping those fences. All in all, it was a fun adventure for all involved. The moose looked very serene during her morning swim. She wasn’t hurt, and no property was damaged. So this was simply a fun story.

What animal encounters have you had in your neck of the woods? How did they turn out? Feel free to share the details in the comments and be sure to pass this article along to others!