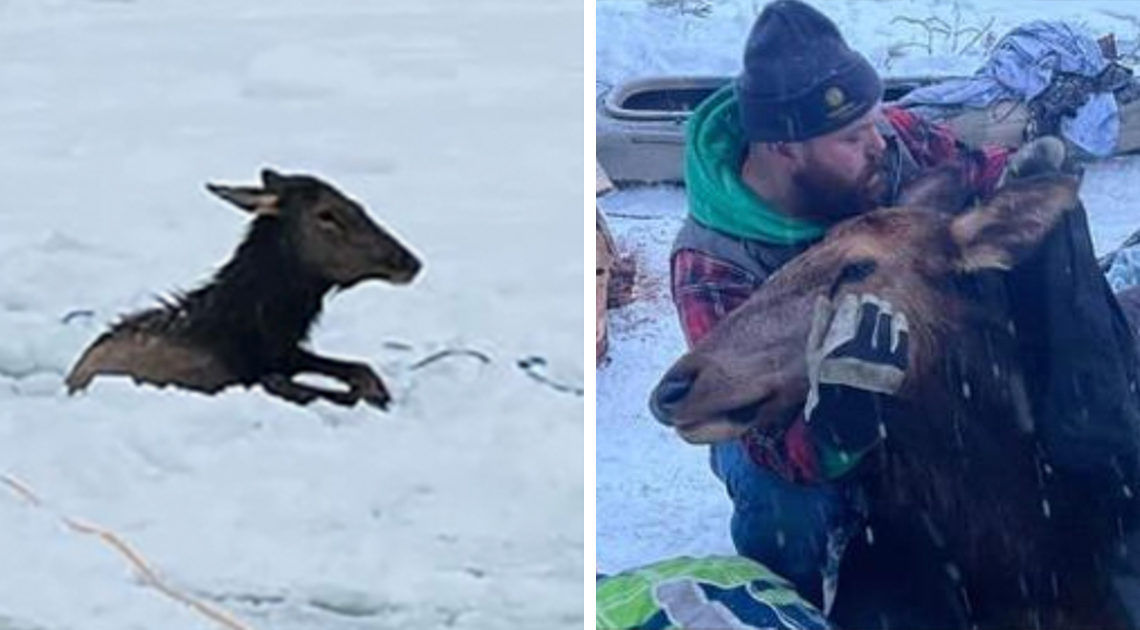 When Rylee Stuart’s husband Jeff and his brother went out hunting for coyotes on Christmas Eve they saw something they’d never seen before.

As they approached an icy Kettle River in northeast Washington they saw elk in the river.

About 40 elk from a herd had made it across the river safely but 12 fell through the thin ice and were struggling to get out.

Elk are one of the largest species of deer and native to North America and in the high mountains of Central Asia.

Game officials and state troopers were alerted but didn’t respond so the two men returned home to get kayaks and rallied local support to help pull the elk to safety – not an easy task.

“One calf was already deceased before we started. Our best guess was that they had been there all night drowning, kicking each other, getting huge wounds from the ice,” Rylee Stuart wrote on Facebook.

“Upon the calves reaching the bank 3 more died. It was too much for their little bodies,” she added.

The animals had been in the water for hours and were scared and cold. 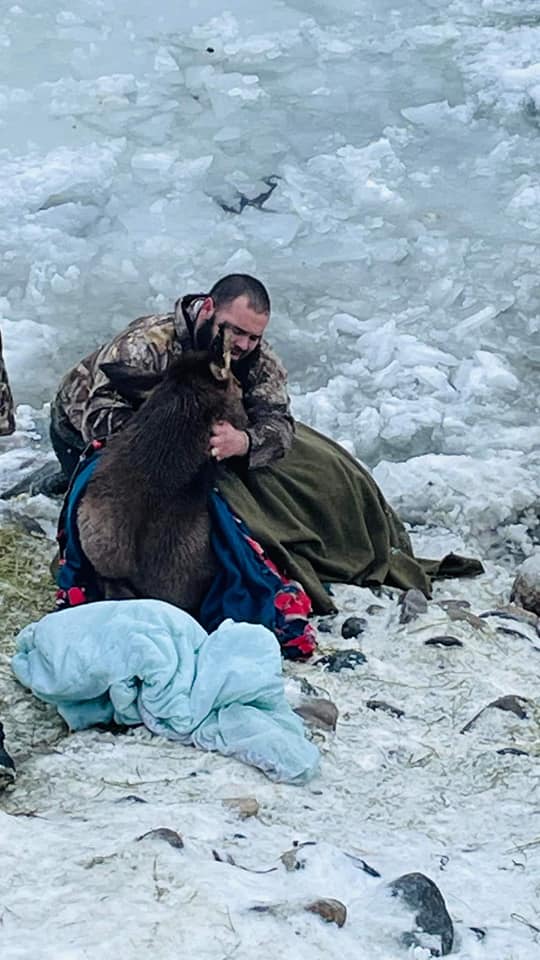 “We continuously worked on 3 cows and a calf round the clock for hours,” Rylee wrote.

“One cow got up, another cow gave up her fight, as she was very injured. The other cow we pulled up the bank with the calf and made a fire to help warm them up.

“The calf showed improvement almost immediately, the cow on the other hand was very injured and did not make it. There was another cow who decide it was best to try to cross the river again.”

She said the group cradled the calf until she could stand on her own and walk. 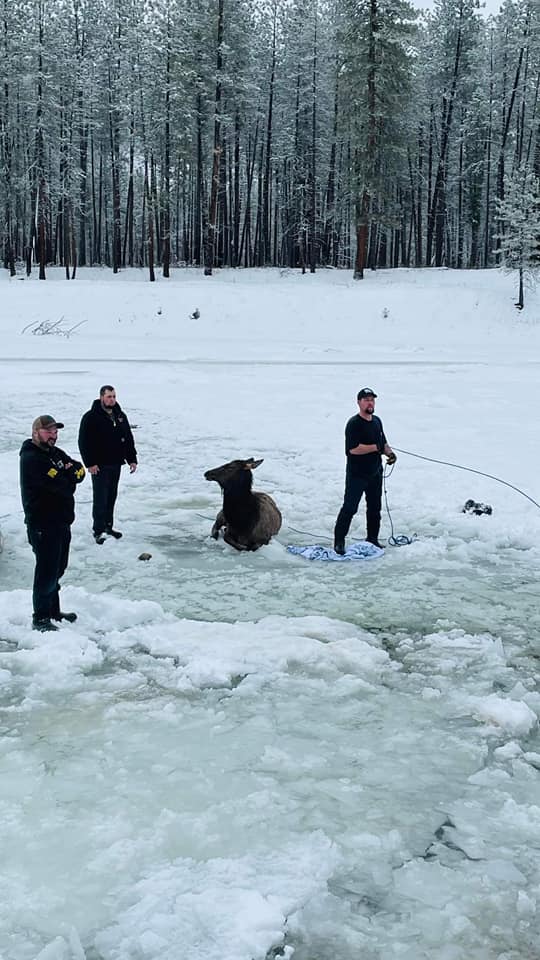 The rescue operation took hours and the volunteers gave up their Christmas Eve plans to get the animals to safety.

The rescuers managed to save six of the 12 that had fallen into the river.

The rescuers were bruised, exhausted and some injured at the end of the day. 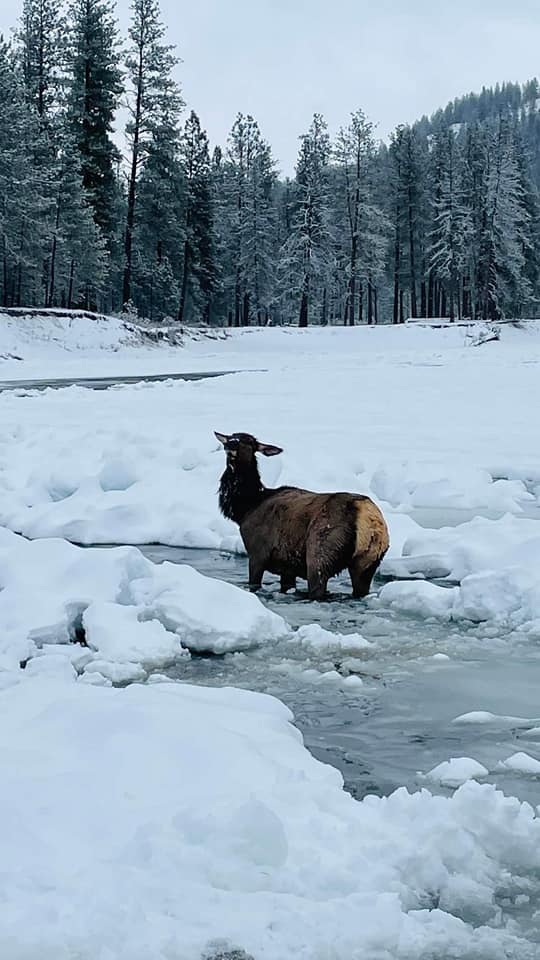 “I’m pretty sure we have a broken hand and possibly a broken foot and a bruised back and sore noggin from getting kicked in the back and head by a cow Elk for trying to hook a calf up to pull it up the bank in the group but those are the only injuries, other than being sore and maybe a couple cuts or scrapes.”

A fish and game warden that eventually responded allowed the families to harvest the meat from the elk that didn’t survive.

The group even included 8 children who “toughed it out for the day,” Rylee added.

What an amazing group of people who persevered and did what they could to help these animals to safety.