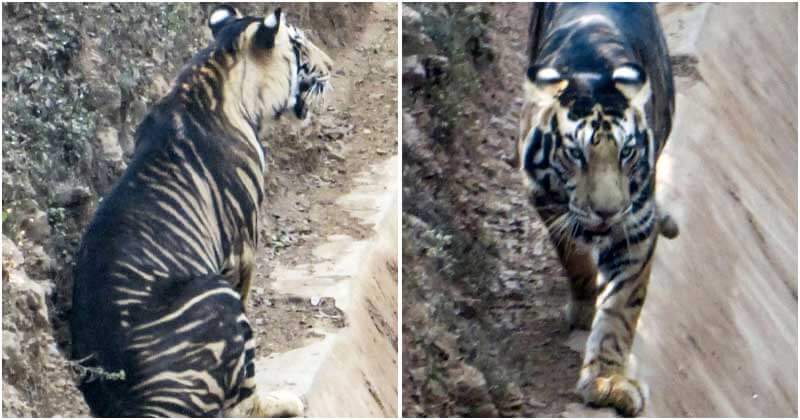 Melanistic animals are gorgeous. They were born to be different and become conspicuous whenever they are. However, this physical feature sometimes puts them into disadvantageous situations. They might be easily spotted by predators or excluded in their colony. 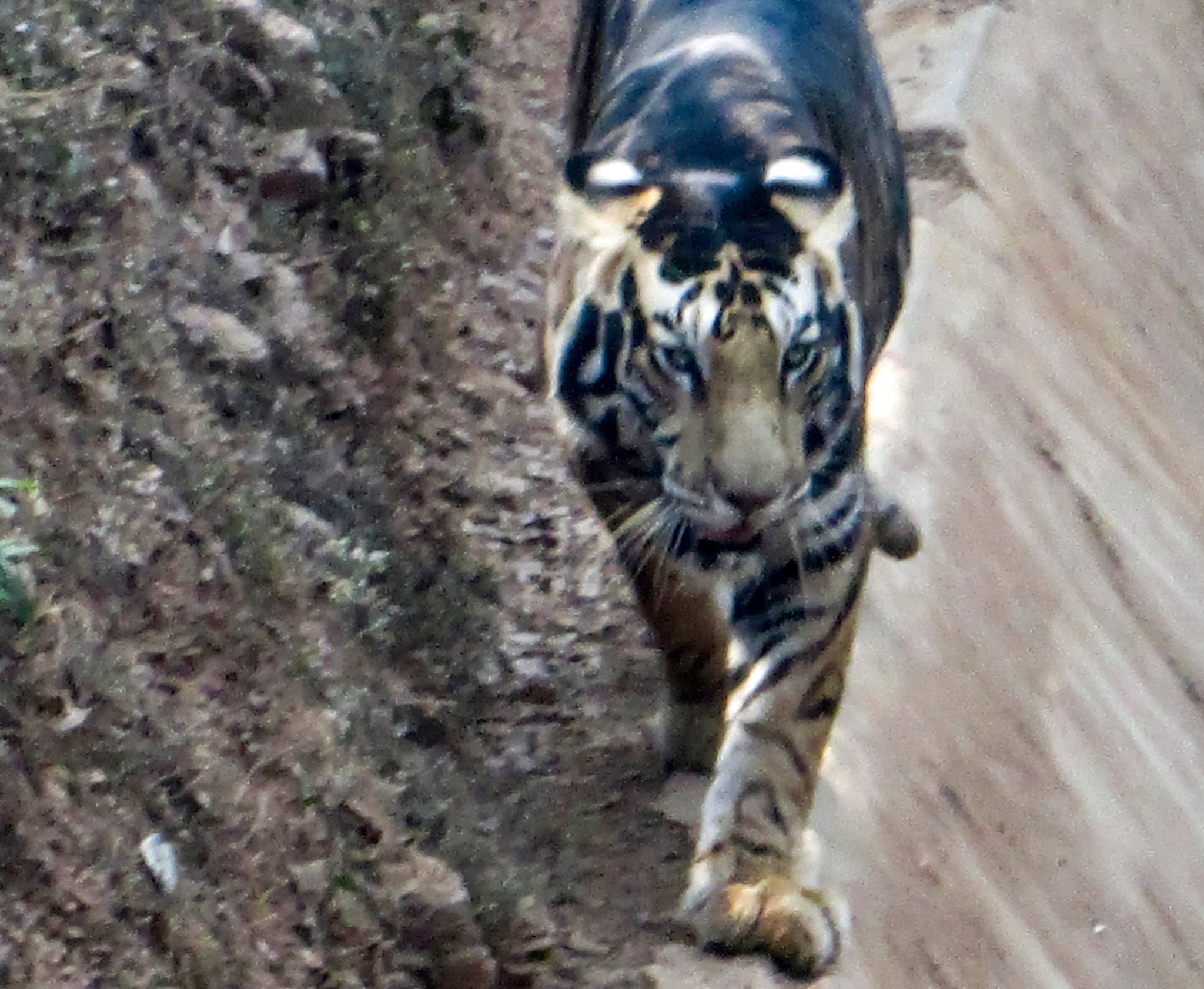 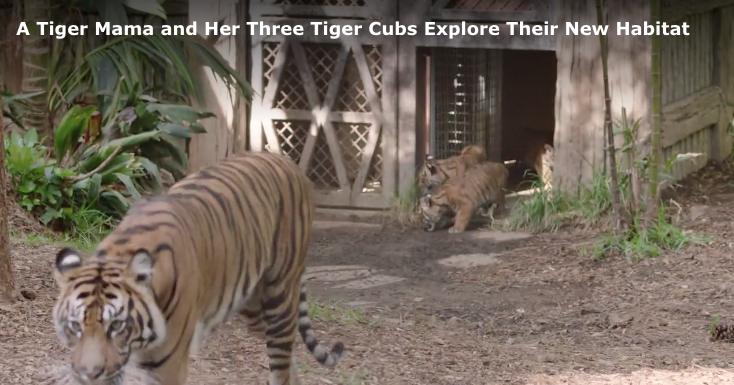 Recently, an extremely rare black Bengal tiger was spotted in the jungles of Odisha in India. It has black stripes, a rare condition called melanism.

Soumen Bajpayee, an amateur photographer captured the gorgeous animal on camera. He snapped once-in-a-lifetime photos that every wildlife photographer desire. 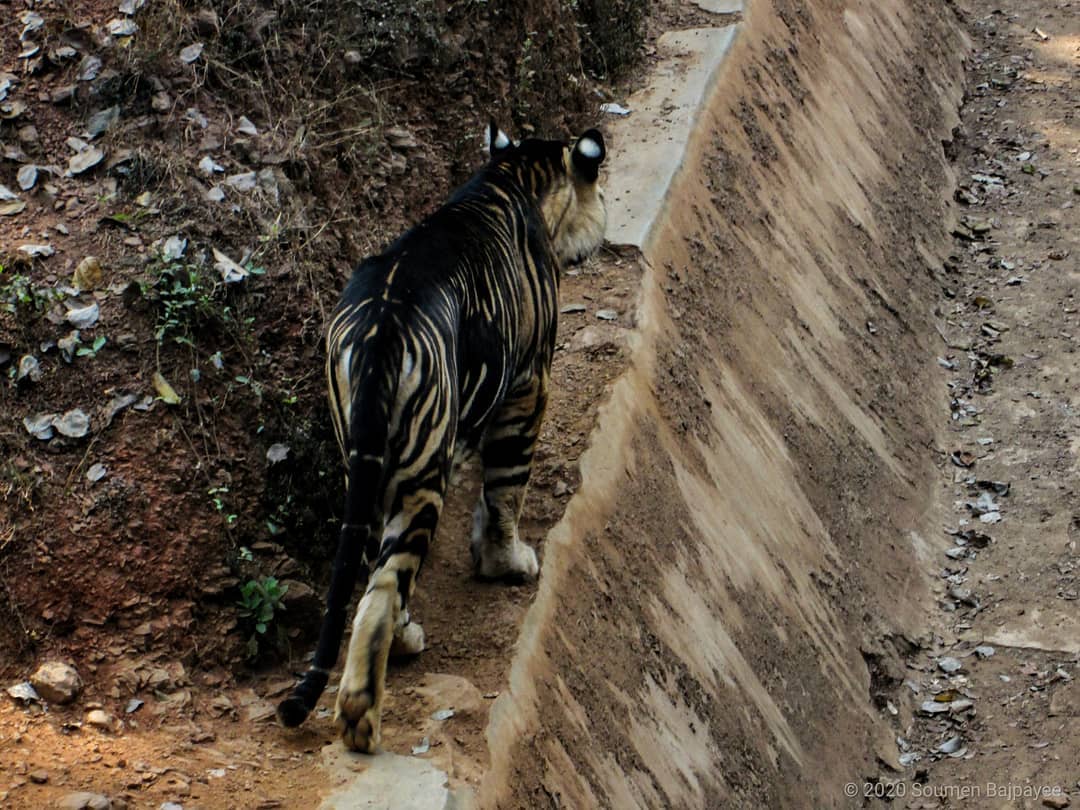 The man was a bit shocked at first but later became excited. He didn’t meet his chance to take precious photos. The majestic cat only appeared on Soumen’s lens for few seconds and walked back into the trees.

“I was watching various birds in the trees, when I suddenly saw something which looked like a tiger but not like the usual tiger,” Soumen told NDTV. 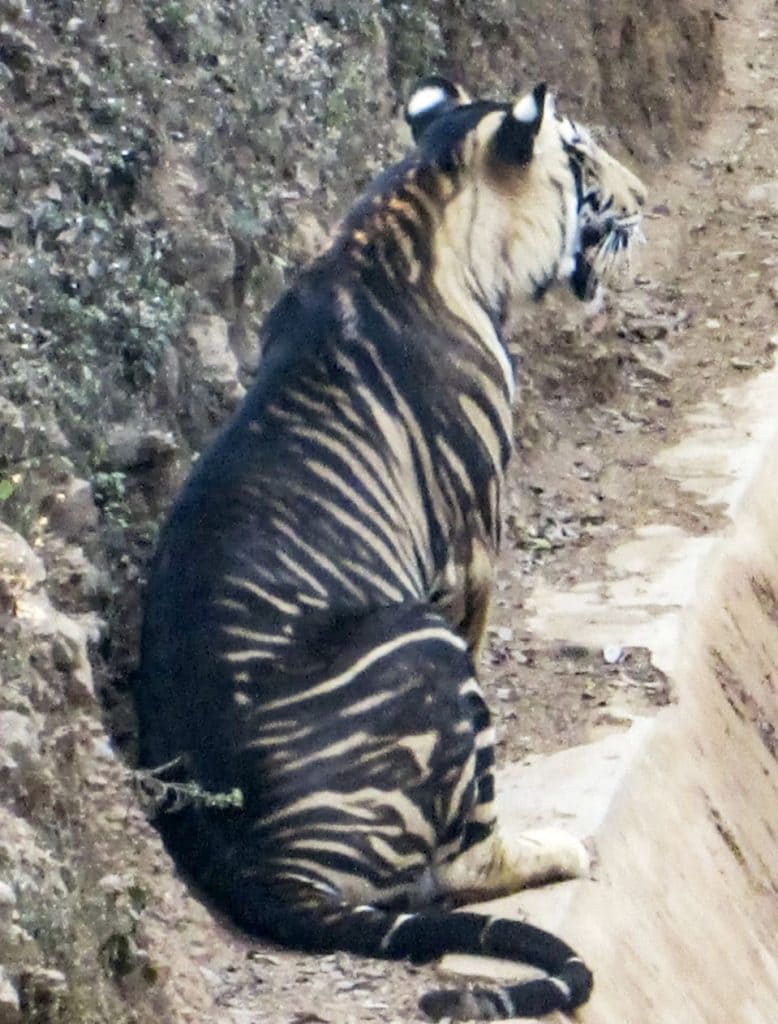 Melanistic tigers are incredibly rare. Their Bengal tiger breed, in particular, can be found only in the forests of Odisha. They are on the brink of extinction with less than 10 individuals left.
Regarding its melanisms, it occurs when the skin lacks black pigmentation.

Melanistic tigers are highly elusive. It’s rare to encounter them. Soumen is such a lucky photographer. We also have to thank him for these priceless photos.