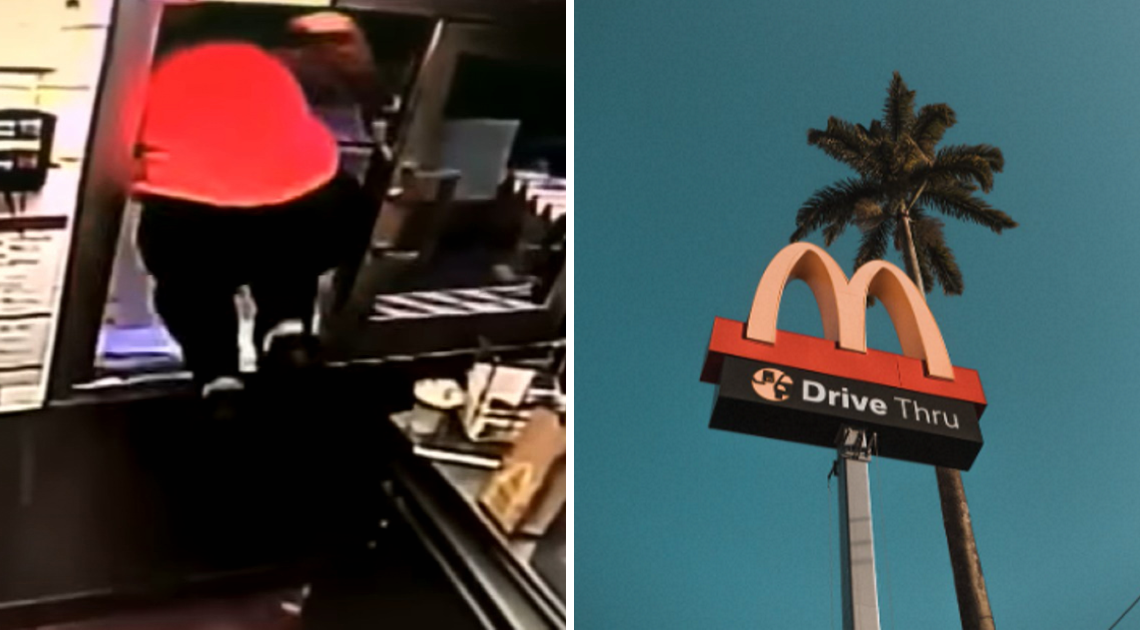 Working in a fast-food restaurant can be stressful with many having a high turnover rate. The push for speed and to meet customer demands can often cause burnout leaving even the best of workers in a bad mood. One fast-food worker, though, took it upon themselves to go above and beyond the call of duty.

Another day on the job

An off-duty police officer had brought her children to the McDonald’s that Viloria worked at to get breakfast. Pulling up in an SUV. The Miami, Florida mother of two had just ordered her food and was waiting to pull up to the drive-thru window where Viloria waited with her food.

A mother in trouble

Instead of stopping, the vehicle kept going. It was then that Viloria knew something was wrong. As the vehicle rolled past the window, the fast-food worker could hear her kids screaming inside. The driver of the vehicle was having a medical emergency.

“Her kids were screaming, ‘Mother, mother, stop it, mother, what are you doing.’ Viloria told Inside Edition.

A hero to the rescue

Springing into action, Viloria leaped through the open window of the drive-through, in pursuit of the wayward vehicle. The only thought he had was for the safety of the people inside of the SUV.

“I thought, ‘If those kids lose their mother today, that’s going to be tragic,’” Viloria said.

As he caught up to the vehicle, which at this point had come to a stop against a curb, he peered inside. Viloria instructed the kids to call 911, while he tried to see if he could help their mother.

Meanwhile, a firefighter had just entered the restaurant a few minutes earlier and was unaware of what was going on outside. He was alerted to the plight of the person in the SUV and soon, along with his partner, and an off-duty paramedic was outside administering aid.

The day is saved

Within a short time, fire rescue also arrived on the scene. Soon, the mother of two was receiving the help she needed. If not for Viloria’s quick thinking, though, the situation could have turned out much worse.

Viloria was lauded for his quick action but downplayed his role in the incident. Fortunately, the mother was able to make a full recovery.

“If I would have needed to die to save that woman, I would have done it,” Viloria said. “I never panicked at all, I just, my brain was on hero mode.”

His heroic actions, which were caught on video, soon went viral, with over 4 million people watching the video on YouTube. For more of Viloria’s quick thinking in a scary situation, check out the video below.