Elephant Swept Miles Out To Sea Dramatically Rescued By Navy 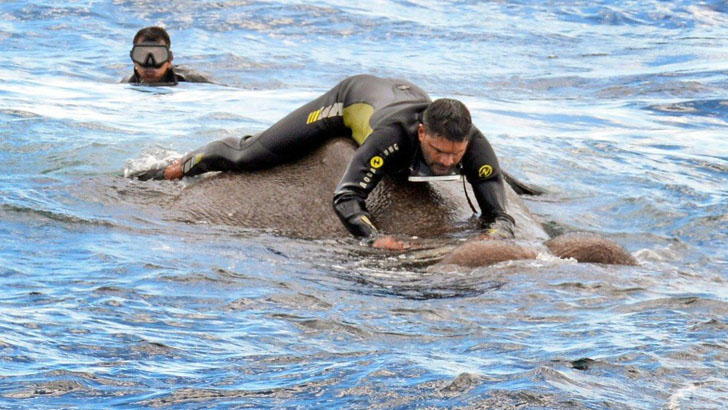 How do you rescue an elephant miles away from the nearest coast? That’s not the question many people had to ask themselves, but that’s exactly what happened recently near Sri Lanka.

The unusual event took place about 8 nautical miles (15km) off the coast of Kokkuthuduwai, Kokilai, where the Sri Lanka Navy spotted an elephant who was drowning.

He was swept out to sea by the current and apparently that happened while he was crossing a lagoon between jungles.

Elephants know how to swim, but the problem was that he would eventually get tired and drown because of the exhaustion. Fortunately, the tragedy was avoided, all thanks to the Sri Lanka Navy who, after 12 hours, succeeded in rescuing the poor elephant. He was named Jumbo and was given into the care of Sri Lanka’s Department of Wildlife.