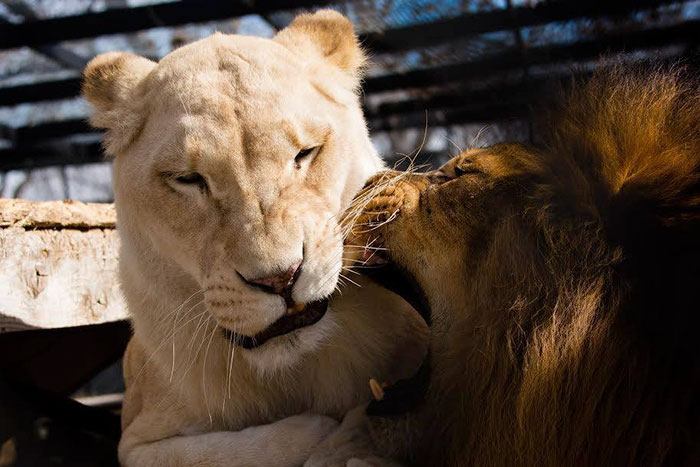 Kahn and Sheila belonged to the same owner who used to rent them for photo ops and parties like many of his other lion cubs. Luckily, the two lions were rescued by Texas’ In-Sync Exotics Wildlife Rescue and Education Center, but months apart. 6-year-old Kahn was malnourished and the end of his tail was chewed off, probably because of stress and boredom, but he was easy to treat due to his friendly character. Sheila, on the other hand, was dying. 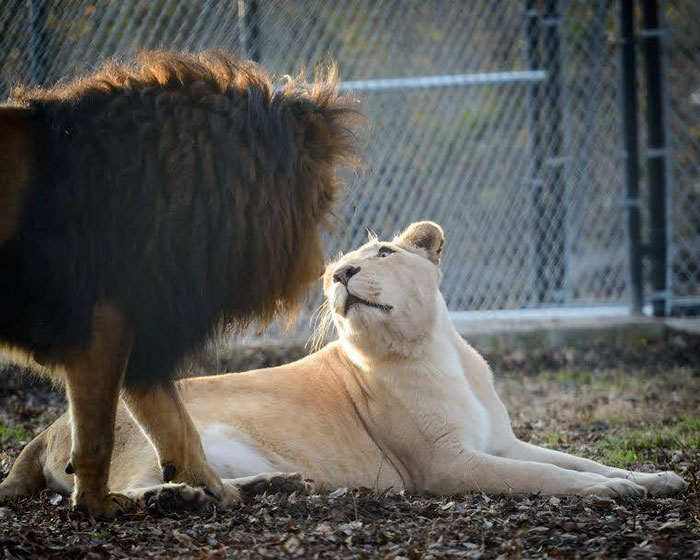 15-month-old Sheila was so weak, she couldn’t even stand up. She lay lifeless and vomited all the time but the rescue refused to give up on her. “For two weeks Vicky [the rescue’s founder] had to hand feed Sheila – rolling up meatballs and pushing them down her throat,” In-Sync’s Angela Culver told Bored Panda.

Sheila also had toxoplasmosis, an illness that results in a loss of appetite and lethargy, but Keahey kept on treating her and she began to recover. “It took some time to recover, but they both did” Culver said of Sheila and Kahn. 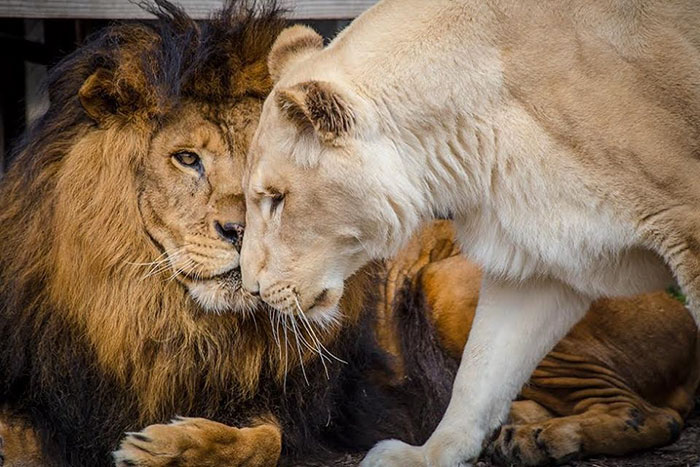 The two were moved next door to each other and it was love at first sight. After 3 months of ‘dating,’ the two majestic lions were let to get ‘married’ and have been living in the same enclosure ever since. They’re crazy for each other! And the guy who abused them? He got his license revoked and is no longer allowed to keep exotic animals. 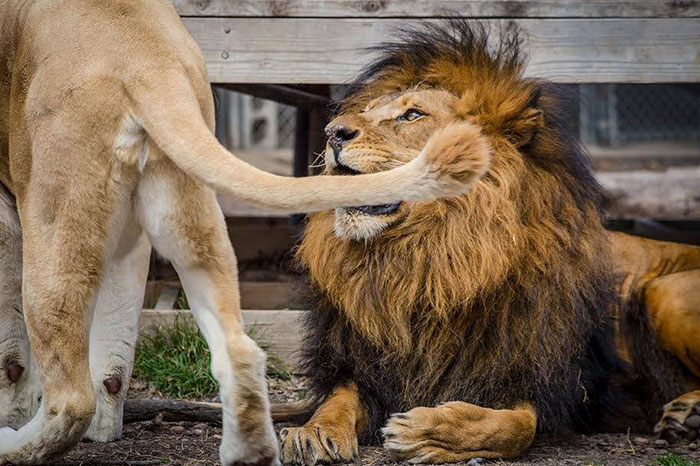