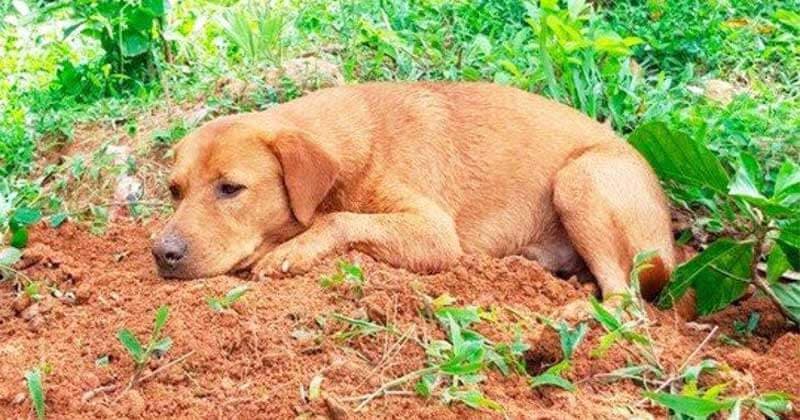 As humans, we all know that family is very important and is always our forever home. Family is in our hearts, bonded together for life, not even death can break this strong bond. This is not only true to humans, but also to other species.

Dogs are deserving examples of this beautiful bond.

In Singapore, a furry guy named Teh-O is showing that true love goes beyond this world. And with his story, he has revealed his noble heart. 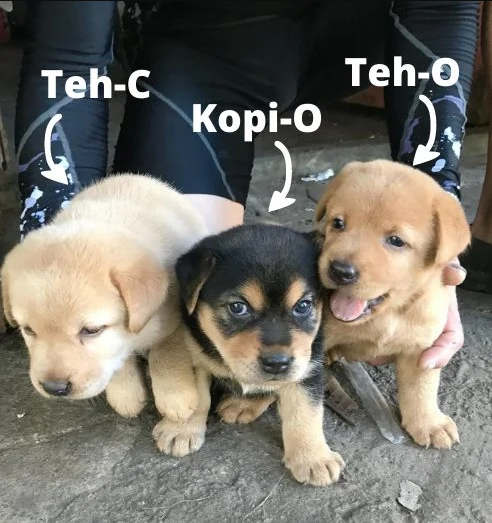 This dog is as beautiful as he is intelligent and loving. 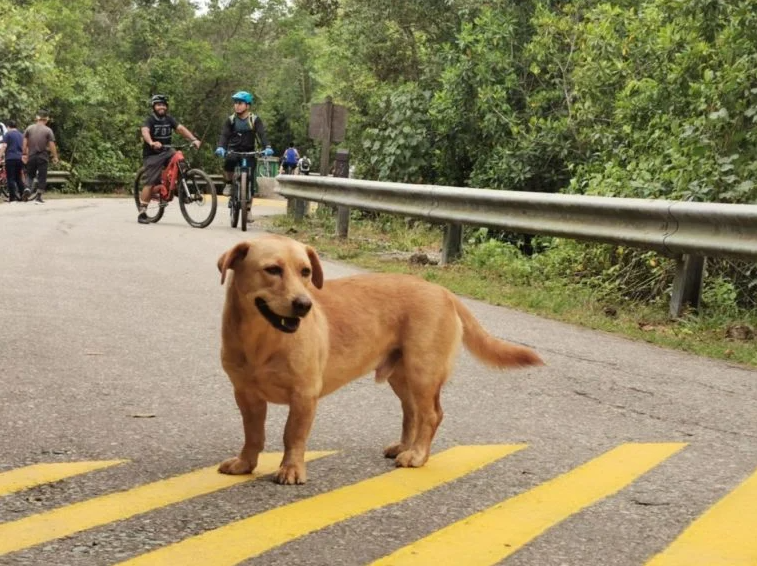 On February 3, Teh-O lost one of his younger brothers, little Kopi-O. He died from injuries sustained when he was run over by a fleeing taxi driver.

The two-year-old siblings lived in the Ubin community and were highly regarded by all. Although the furry one was taken to the hospital, he suffered fatal injuries that caused him to cross the rainbow to the afterlife.

Kopi-O had become one of the island’s guide dogs. 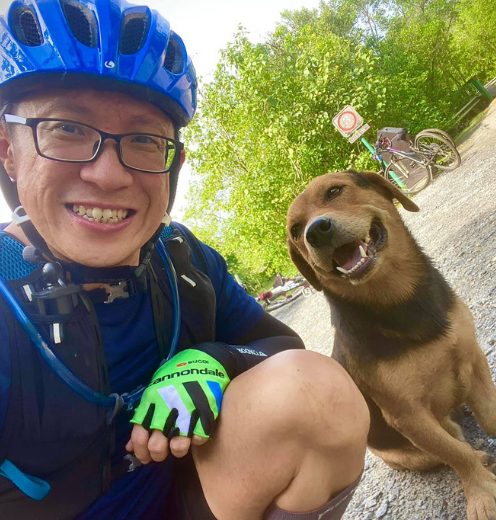 The local residents were moved by the puppy’s departure and, together with his owners, Nini and Tua Tao decided to give the dog a well-deserved burial. 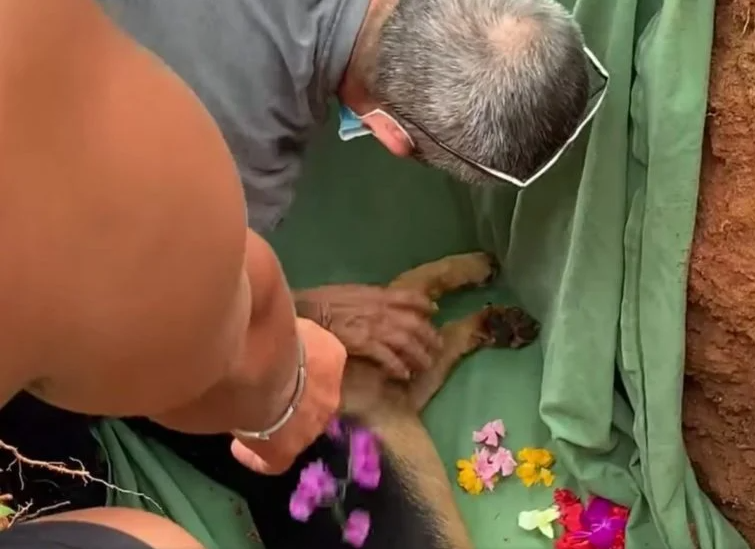 In a field surrounded by flowers and with a tombstone, Kopi-O’s body lies. The funeral was attended not only by humans but also by his younger brothers Teh-O and Teh-C.

The three puppies belonged to the same litter and did everything together, so the puppy’s departure affected his younger brother Teh-O so much. 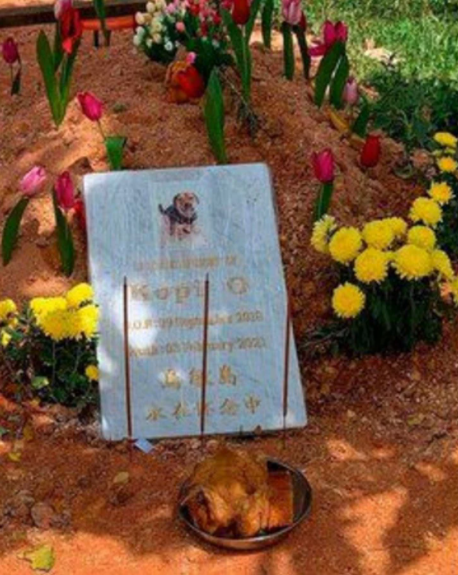 The story of these furry animals was shared on Facebook by Terence Tan, a friend of the puppies’ owner. Since the publication in which he reported the death of Kopi-O, the messages of solidarity have not stopped coming.

“He was a really adorable puppy, super friendly, a true Ubin star”, wrote one user. 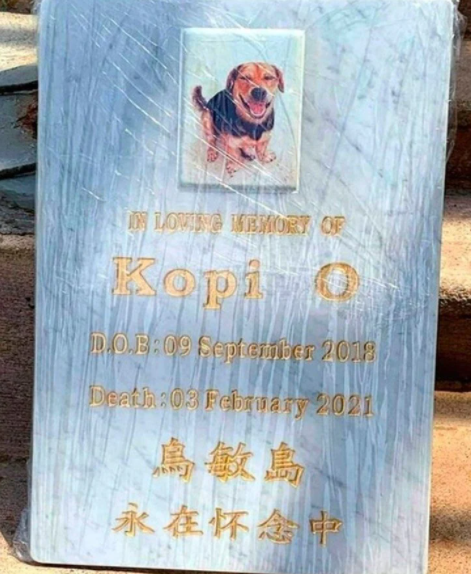 “I remember fondly, he followed my son until we boarded the boat back from Ubin. Sweet boy. Rest in peace”, reported another person on Facebook.

The inhabitants of Ubin went from sadness to amazement when they discovered the grief that the noble Teh-O carries in his heart.

The dog misses his little brother more than anyone else. 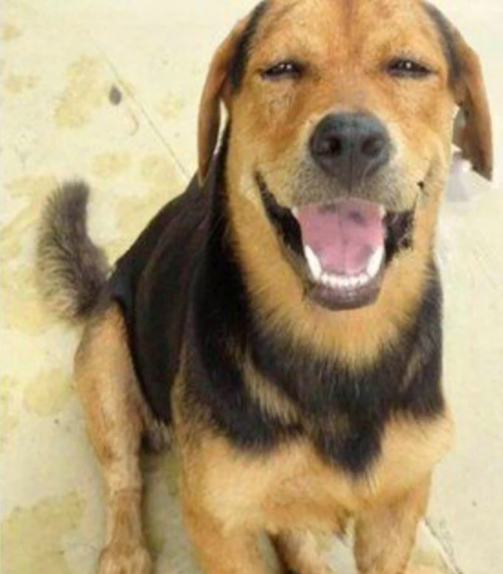 So far this month, this puppy has not left his brother’s grave. Neighbors saw Teh-O lying in the dirt covering his brother’s lifeless body.

It seems that the dog misses him very much and refuses to accept his departure. 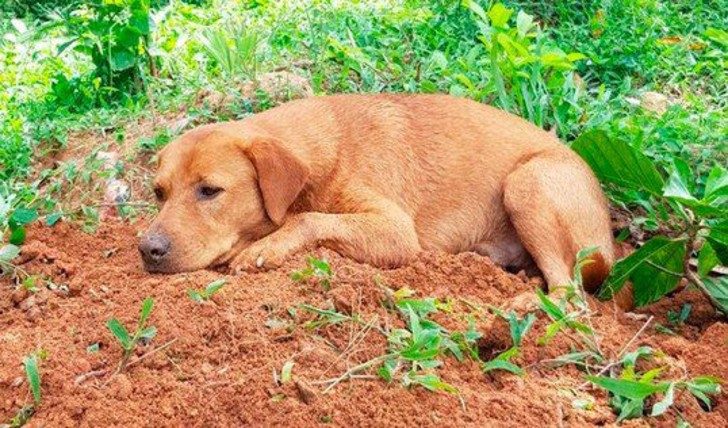 If the death was a hard blow for the inhabitants of this community, it is even sadder to see the pain of the poor little animal that now can’t stop crying for its companion in adventures.

Kobi-O used to accompany tourists and locals on the island. 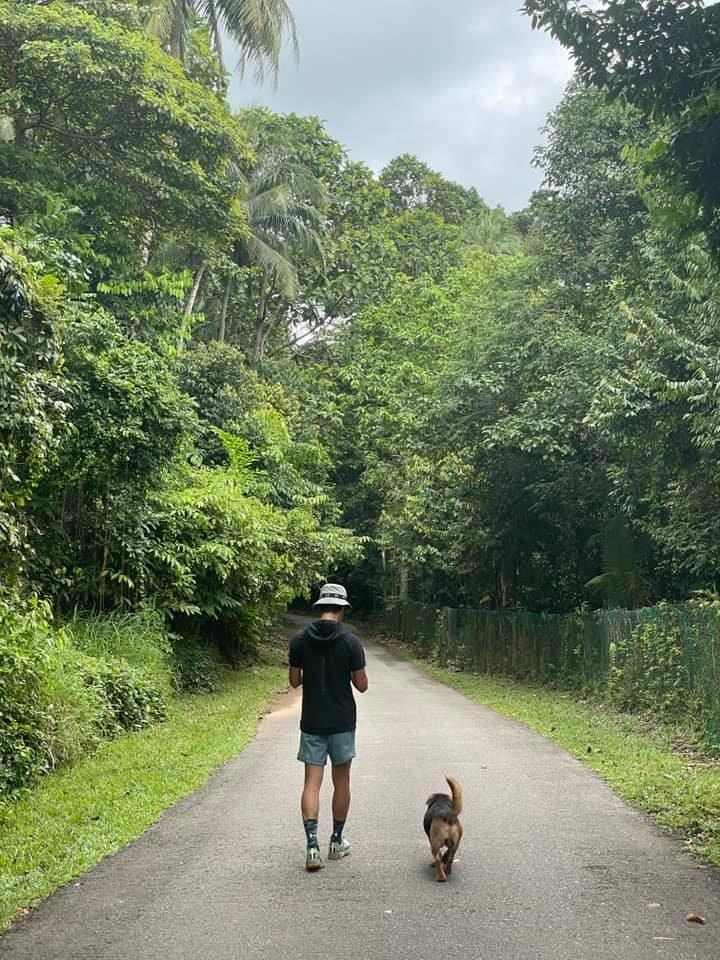 The person who ran over Kobi-O has not been identified, so she is unlikely to receive any punishment. But if she learns of this story, it will surely weigh on her mind that she didn’t stop to help the dog. Meanwhile, poor Teh-O lovingly tends to the dream that his younger brother will never wake up from.

Dogs are more intelligent and sensitive than many believe. Share this touching story of brotherhood and send the furry ones your deepest condolences.

Woman Gives Stray Kitten a Chance at a Full Life, Who Now Wears a Crooked Yet Gorgeous Smile Every Day
1