DO YOU REMEMBER ABBEY, THE DOG FROM ‘I AM LEGEND’? SHE IS NOW 13 AND STILL A GOOD GIRL 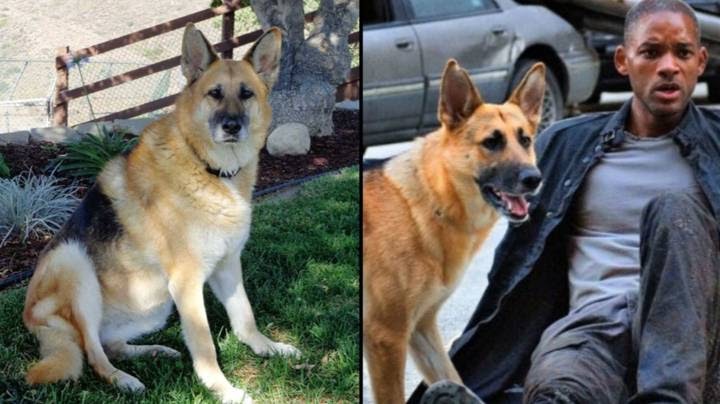 I Am Legend may have been one of several films that helped Will Smith prove his salt as a dramatic actor in the mid to late-2000s (making up something of a canon with the likes of The Pursuit of Happyness and Seven Pounds), but we all know it was someone else who became the true star of the apocalyptic sci-fi flick. That’s right, the dog.

The scenes between Robert Neville (played by Smith) and his beloved German Shepherd, Sam – who was given to him by his daughter as a puppy before she died in a helicopter crash – truly were the strongest of the film. They were often poignant, sometimes funny, and, at one point, absolutely heartbreaking. But before you plunge into sorrow remembering how that story panned out for Sam (and if you haven’t seen it, SPOILER ALERT: not well), it might be worth knowing that the real life story is much, much happier. It turns out that Abbey, the dog who played Sam, is actually alive and well, despite the film’s release being well over 10 years ago. Better still, she’s still living with the family of her trainer, Steve Berens – who revealed to LADbible that the 13-year-old pooch is now enjoying retirement with his daughter and her kids. “She’s older now and she doesn’t hear hardly anything,” he told us. “But she’s still kicking, she still likes a ball and likes a bone.” 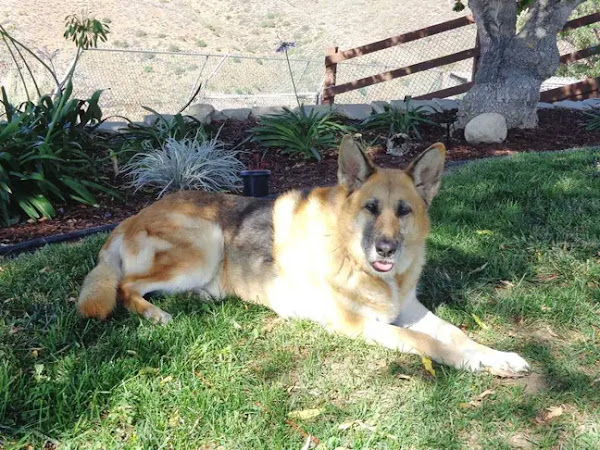 Berens, who runs animal training company Animals of Distinction, said that Abbey has ‘always been part of the family’ since film bosses asked him to find and train a female German Shepherd for the role of Sam. He explained: “We got her in the middle of July and then went to camera towards the end of September, so that was a pretty quick transition. She wasn’t coming from a training foundation – she really knew nothing. “She was trained a lot of the basics that you need for film work, and then directly for those scenes. “It was stressful at first, but she really came on good. She’s a good dog and she really learned fast.” Berens said that the experience of working with Smith was ‘fabulous’, and that Abbey was also a big fan of her human co-star. He said: “When you work with a lot of actors, they’re not that interested in the animal – a lot of actors look at it as something that the audience is going to be looking at instead of them. “But Will was not at all like that. He understood that this was his co-star, and he really dug it and really got into it. He was a fabulous guy to work with. “I think that she really liked him, and that made a difference. I think that’s one thing in the film I was very happy with, and very proud of – the relationship was really solid.”

In fact, rumours even began to surface that Smith was interested in becoming Abbey’s new owner – something that Berens wouldn’t have necessarily been against, but was a little wary of. “Kind of through the channels he had mentioned that, but he didn’t really say that directly to me,” he explained. “I didn’t want to see that end badly – you know how a lot of these stars fall in love with their co-stars, and then once they move on to the next picture, they’re off and running. “If he would have come to me directly, possibly – I don’t know. When you train and you spend that much time personally, it’s quite a relationship that you develop. She’s always been with us, in the house and around our other animals. She’s just always been a big part of our family.” Berens also said that Abbey’s training then continued, as after I Am Legend she went onto score other small parts, adding: “Nothing of much substance or was really identifiable, but she had little things here and there. Other than that she’s been a pet, a family dog. “There are larger companies who turn things over a bit more. We’re a kind of a smaller company and it is a little bit more of a personal situation. You know, she’s in the front yard right now.” 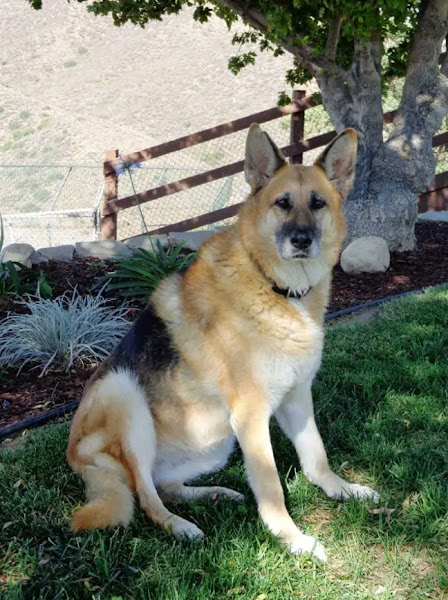 Even though Berens says his company is small, that’s not to say it doesn’t produce big things. Along with Abbey’s work in I Am Legend, the trainer has also worked on various Adam Sandler movies, and even provided and trained the dog called Milo in The Mask. While he predominantly works with dogs, cars and birds, Berens is used to having to go a little more off-piste. “As an animal trainer you always have your own stock, and if you can work with those you’re always wanting to because they’re your animals,” he said. “But it doesn’t always work that way, and especially with Adam a lot of times he would write something that was so off the wall that we’d have to go out and find it, and prep it and put it together for the film. It wasn’t always exactly what you had.” But he also believes that every animal is trainable, to some degree. “That’s the thing with animal training – it’s the art of illusion.”