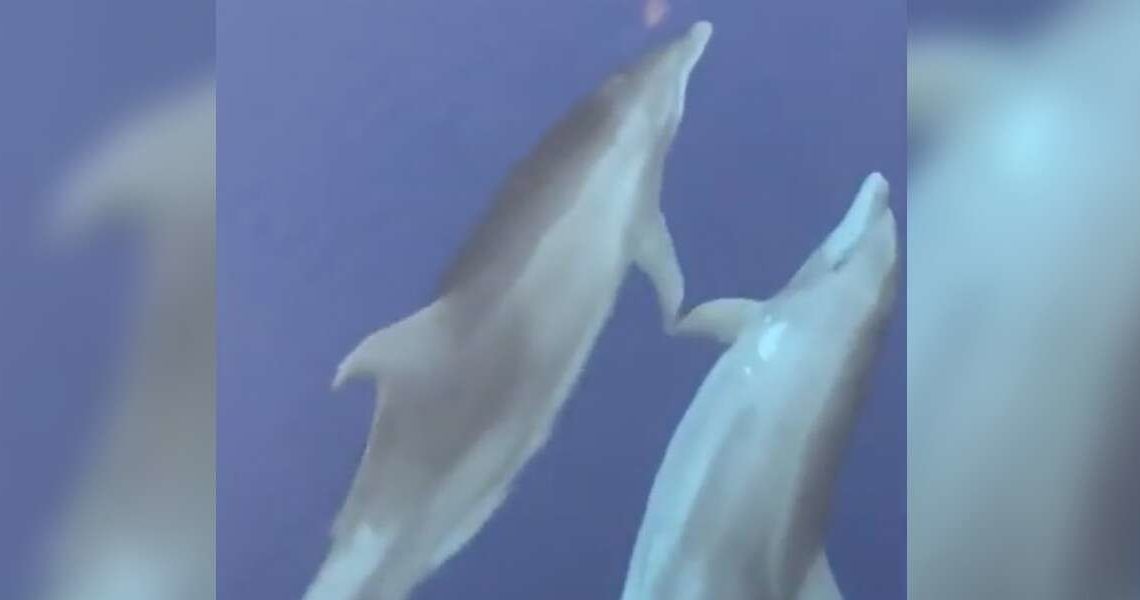 A few weeks ago, Erika Jarvis and a team of divers from OceanX, a not-for-profit ocean exploration initiative, set off to survey the Florida Keys Reef Tract. As they left the Miami harbor, a pod of five dolphins decided to follow them.

Jarvis noticed two of the dolphins were sweetly touching fins as they swam near the bow of the boat and took out her phone to capture the moment. 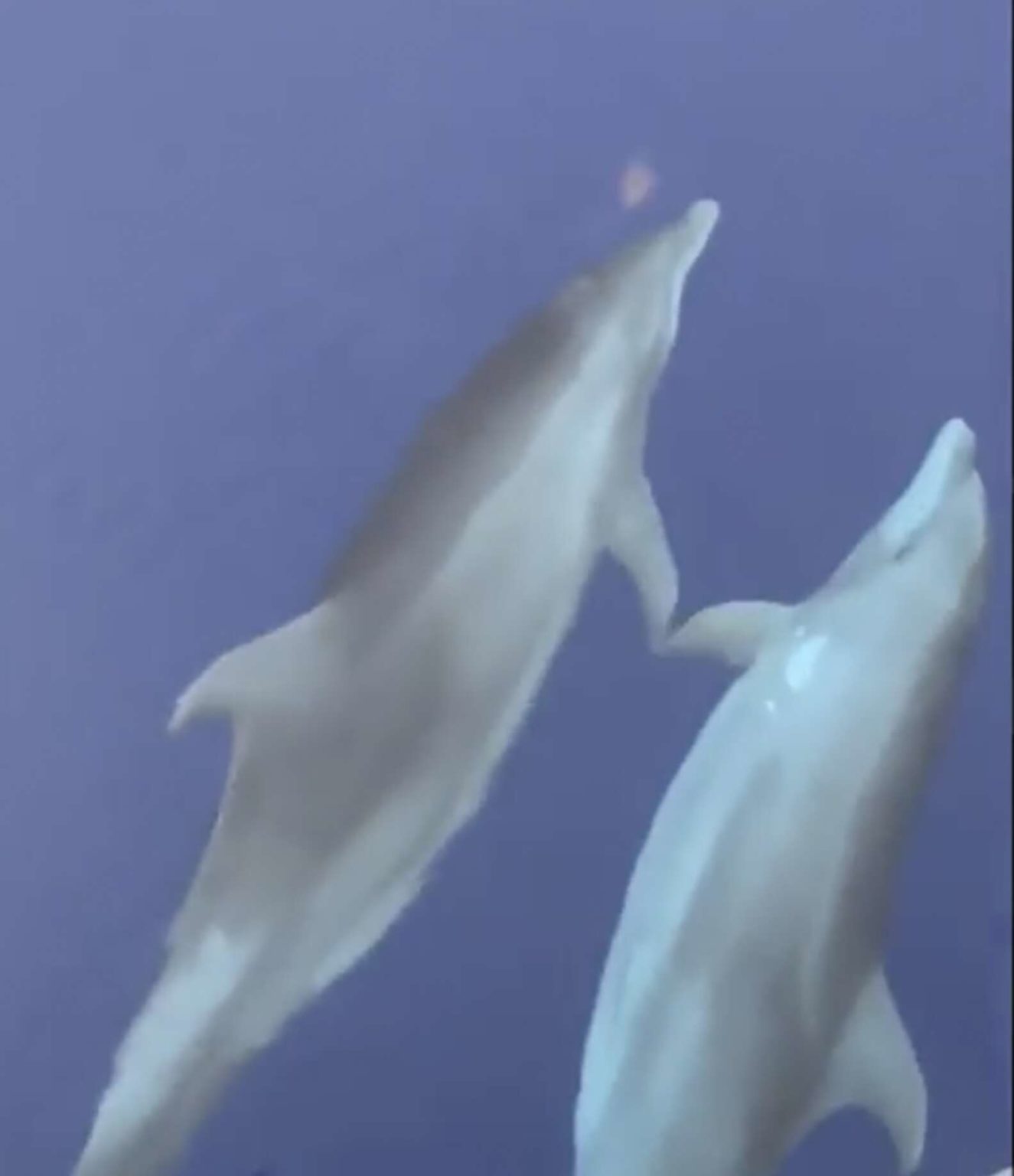 Jarvis, OceanX’s head of social media, told The Dodo, “They remained with us for a fairly long period – probably half an hour.” “About 20 of us were up on the bow, staring down… The purser (the person in charge of all ship administration) standing next to me looked at me and said, ‘Did. You. Get. That?’ 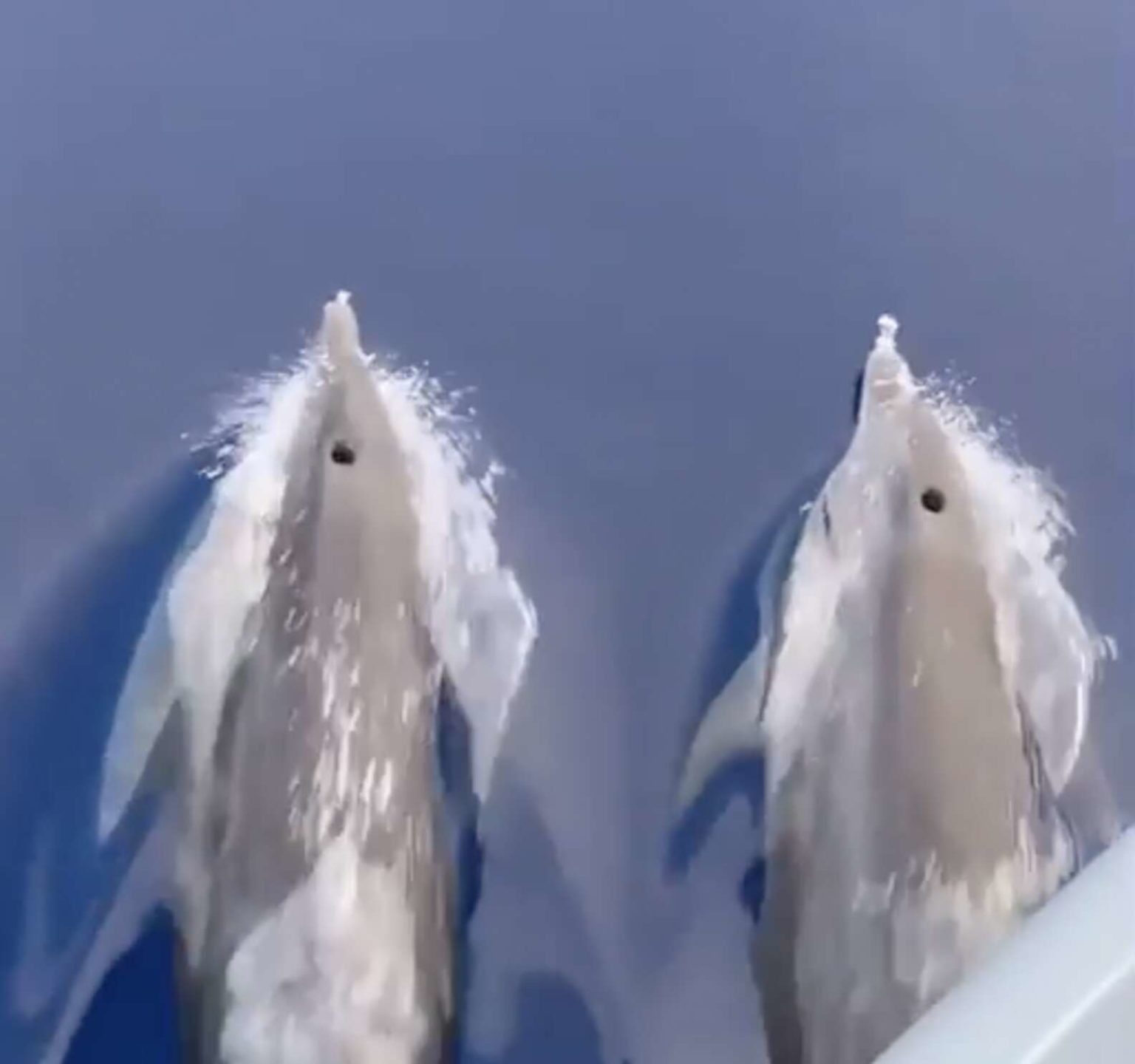 Once Jarvis was back on shore, she reached out to a cetacean researcher to find out more about the underwater hand-holding she’d witnessed.

“While it may look like these bottlenose dolphins coasting with the wake on our bow are engaging in a competitive handshake,” Jarvis wrote on Instagram, “fin-to-fin touching is actually a display of social bonding, especially between females in male-biased groups.”

According to a 2006 research, “contact swimming” among bottlenose dolphins of the same gender is not rare. Female dolphins can benefit from the underwater handshake in a variety of ways, including stress reduction, mobility assistance, and indicating cooperation.

Jarvis could see that this pod of dolphins had a distinct social structure and strong familial relationships. And by touching fins, the females demonstrated that they would always have each other’s backs.