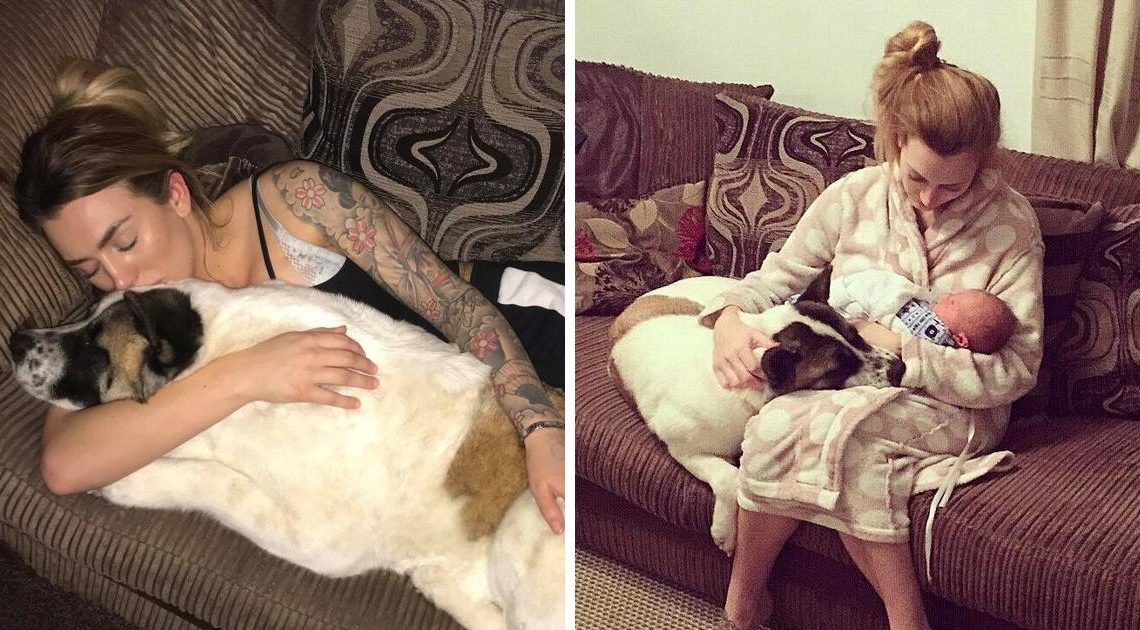 Every good dog owner loves their dog, but even the best-behaved dogs can be very annoying when they want to be — from barking when they want food to whining to go out for the tenth time in a row. But it turns out that occasionally a dog’s bark can be life-saving.

Of course, there are guard dogs who protect our homes with their barking, police dogs that can find contraband and trained rescue dogs who can seek out survivors in the wake of disasters. But this story — about a normal dog with a big heart — is different and sure to capture your heart.

At first, this life-saving dog named Keola managed to seriously annoy her family with her barking, but it turned out that she might have been trying to save her owner’s life. Alhanna Butler from Doncaster, South Yorkshire, U.K., was pregnant, and when Keola kept barking at her, she decided to go to the doctor and was diagnosed just in time.

The disease that Alhanna had contracted was so rare that doctors had to develop a new antibiotic in order to treat the bug, which they had never seen before. In any case, this story from 2016 shows just how much dogs can understand about us, and how beautifully they can support us through our major life events. Whether Keola truly could tell something was wrong remains to be seen, but Alhanna and husband Ricky Butler seems sure of her special ability, which seems to rival that of many trained doctors. 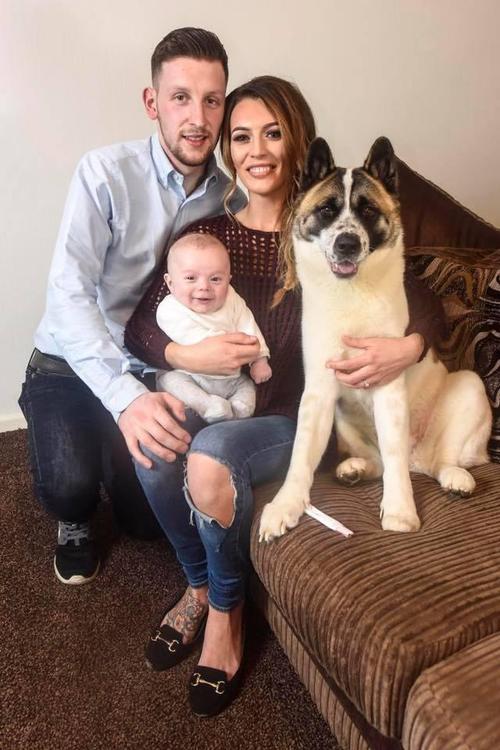 Alhanna Butler/Keola and Lincolns adventures/Facebook (Copyright)
Alhanna understands that her dog Keola has a deep intuitive sense about things, so much so that Keola managed to save her life! The Mirror reports that Keola is an Akita who seemed to help Alhanna figure out that her pregnancy pains were more cause for concern than doctors had originally thought.

When a then-21-year-old Alhanna got pregnant, it was Keola who helped figure it out by bringing Alhanna the negative test she had thrown away. Upon closer inspection, it showed a faint line and Alhanna realized she was actually pregnant! Keola had a special intuition that would end up saving Alhanna’s life. 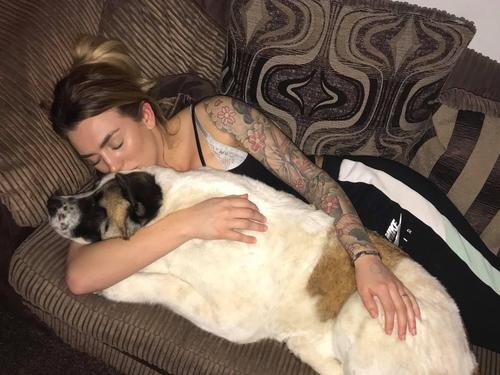 When Alhanna reached 18 weeks of pregnancy, she began to fall ill more often. Keola would wait patiently with her near the bathroom and attempt to take care of her. However, as time progressed, Alhanna began to experience severe back pain and sickness that required the attention of a midwife at the hospital. The midwife told Alhanna that her small frame made the pregnancy difficult and that there was nothing majorly wrong with her. 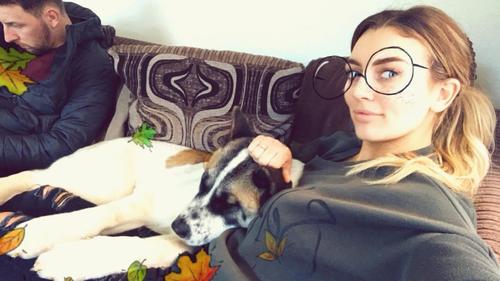 “It was awful. People thought I was just being a wimp and kept telling me, ‘Oh if you can’t handle this, how are you going to cope with having a baby. But I could barely walk,” Alhanna said when she recalled her experience. Keola seemed to sense that the discomfort that Alhanna was feeling was abnormal. She would not stop howling and crying at Alhanna, and would stare at her for hours, according to the Mirror. This behavior certainly affected Alhanna, who became worried that things weren’t really as OK as the doctors told her. 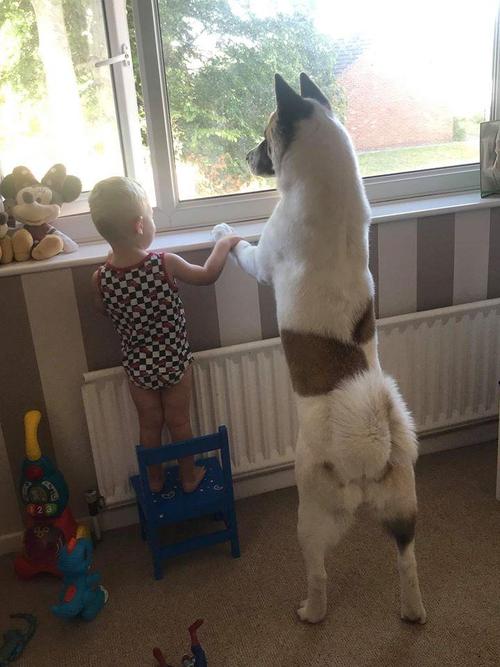 “When the doctors sent me home and said there was nothing seriously wrong, she just sat staring at me so intently that it really scared me,” Alhanna said, who recorded Keola’s strange behavior and uploaded it onto Facebook. It was posted more as a joke than anything else but soon found friends and family calling and telling her to take Keola’s behavior seriously. “Then my mum phoned and said ‘listen to your dog, she is trying to tell you something’. It turns out she was absolutely right — and she saved our lives. She is the most amazing dog and I owe her my life,” Alhanna said gratefully.

When Alhanna listened to Keola and finally went to the hospital, she collapsed immediately and had to be taken into intensive care, where she remained for a whole month. It turns out that the pain Alhanna was going through was due to a “superbug” that was so rare that it had affected only one other person before. 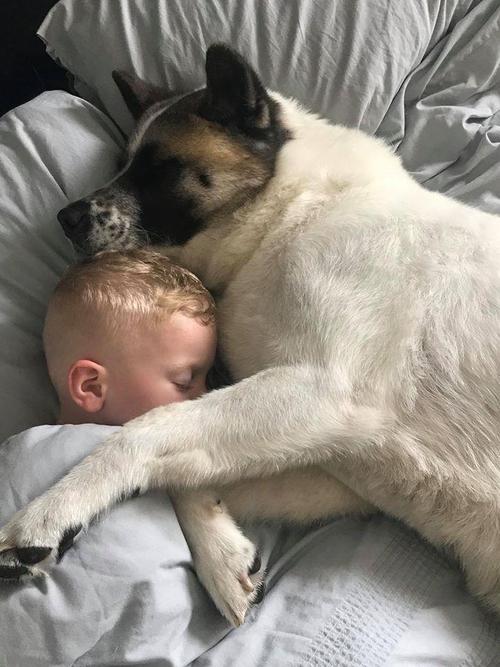 The bug was antibiotic-resistant, so a whole new antibiotic had to be created especially for Alhanna in a lab to tackle the infection. The first two weeks were critical, and Alhanna was told that if she had come in even a day later, she might not have been as lucky as she was. The Mirror reports that Alhanna barely remembers those two weeks and that there was a very real possibility that she may have died due to her double kidney infection.

“No one really understood how ill I was — but Keola did. She would nudge me and cry and I could never figure out why she had suddenly started doing this. Ricky said she was distraught whenever I went to work, when she had never minded before,” Alhanna told the Mirror. “I now know Keola was definitely trying to tell me something was wrong. I just wish I had listened to her sooner,” she added. 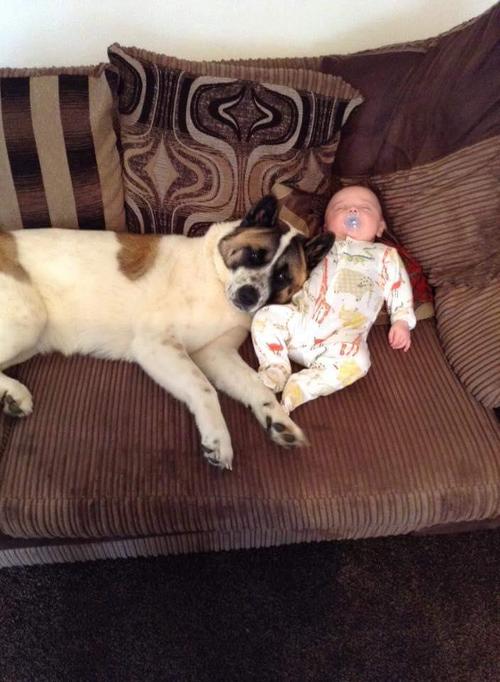 It is certainly incredible that Keola was able to figure out the Alhanna needed critical help. After being in the hospital for more than a month, Alhanna convinced her doctors to let her go home for a couple of hours to let Keola know that she was okay.

When she was home, her husband was able to film the whole heart-touching encounter. She uploaded a “thank you” video dedicated to Keola after her son, Lincoln, was born, and the video quickly went viral and has reached millions of people. “I have absolutely no doubt that both me and Lincoln would not be here today if it wasn’t for Keola,” Alhanna said. 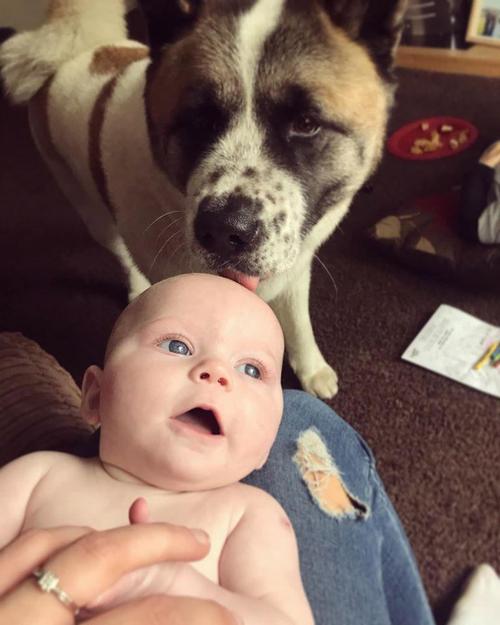 What do you think about this extraordinary story? Have you ever experienced such behavior from a dog? Tell us your thoughts and pass this story on to your friends and loved ones.