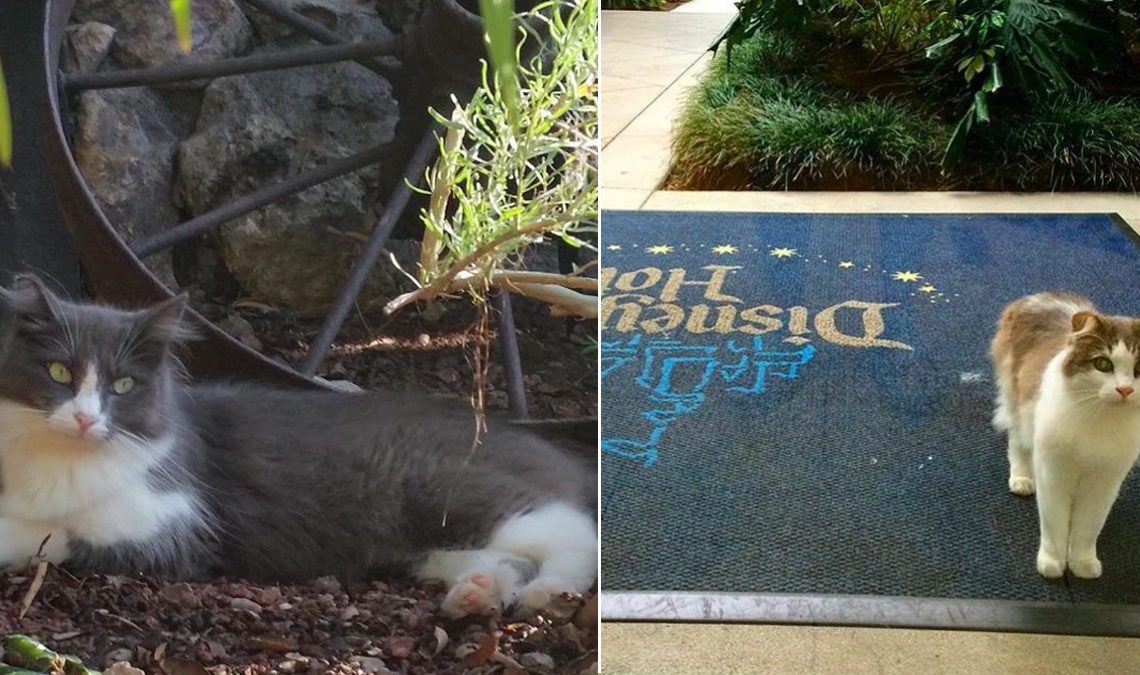 Disneyland in California is definitely one of the top attractions in the world.
But, what many people don’t know is that it’s also one of the top locations for feral cats. Once all the people leave at night, in come the hundreds of cats to play… 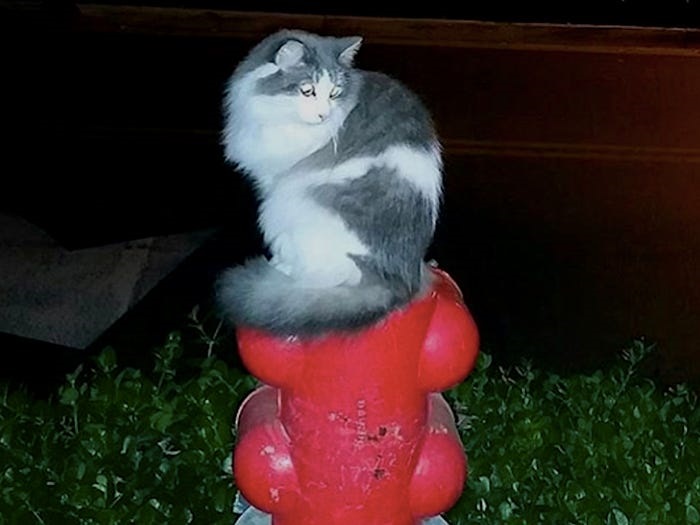 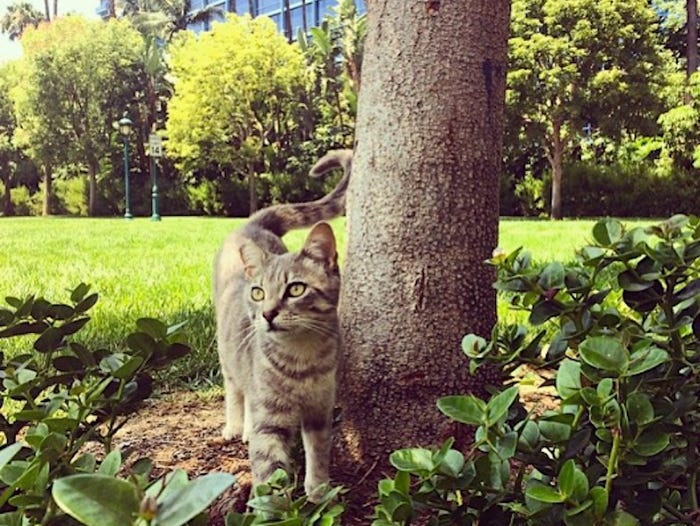 And, it’s actually in the benefit of Disneyland to have the cats in the park. Because all night, they are working hard catching all the critters that scurry around the food and wildlife areas.
In return, Disney’s human employees take care of the cats. All the cats that come in are vetted and spayed/neutered, and there are five feeding stations around the park where the kitties can eat a good meal, guaranteed. 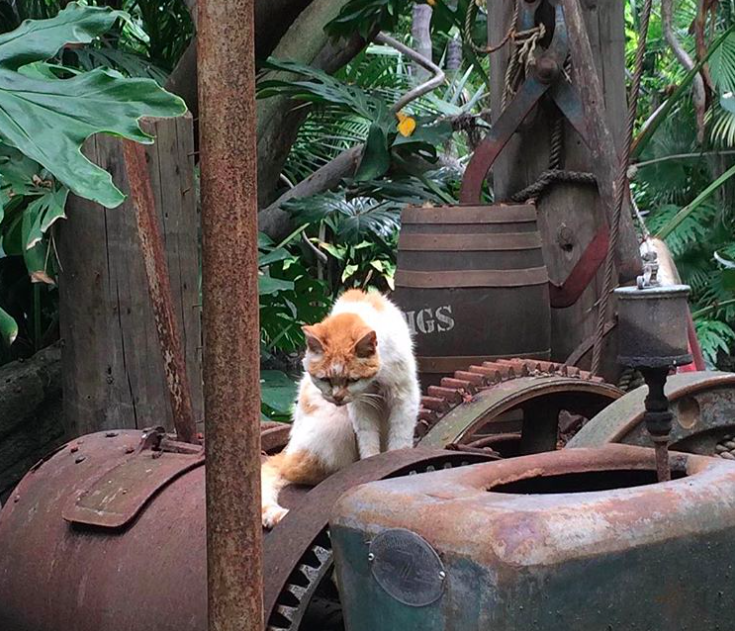 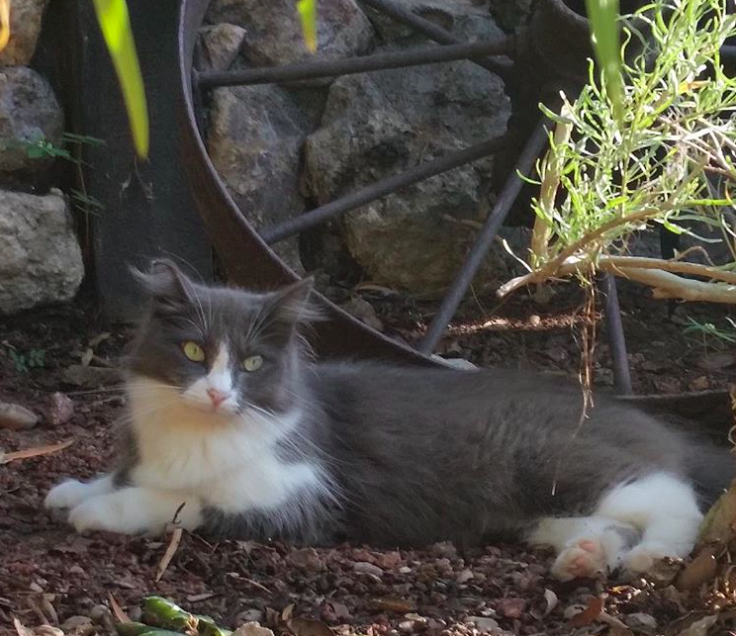 A blog called, “The Cats of Disneyland” dedicates itself to the felines. They claim that there are about 200 kitties who are currently “employed” at the park. Some of the cats do make an appearance during the daytime at the park, and although they are friendly, humans are encouraged to stay away from them. 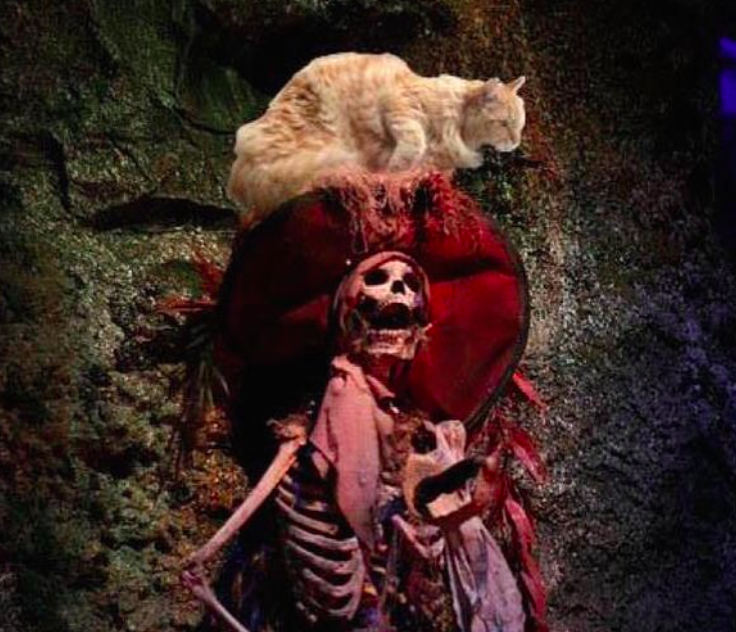 “As a general rule, Disney doesn’t encourage guests to get too close to the cats,” explains the blog. “In addition to the simple fact that it’s never smart to try to pet a cat you don’t know, these cats are often better off remaining solitary.” 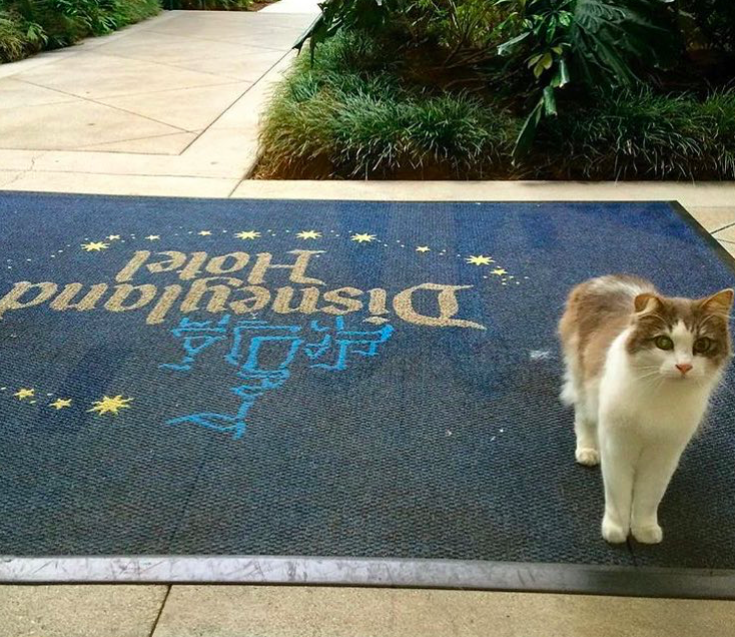 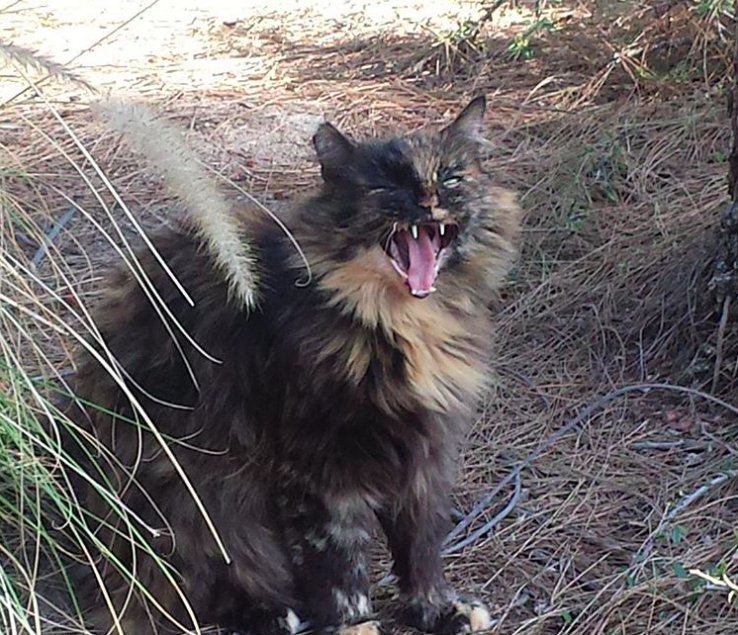 And in case kitties who crave contact, there’s a solution. The Cats of Disneyland says:
“If cats start to appear too comfortable around humans, Disney will adopt them out to cast members. The same is true of any new litters of kittens that are accidentally born on property.” 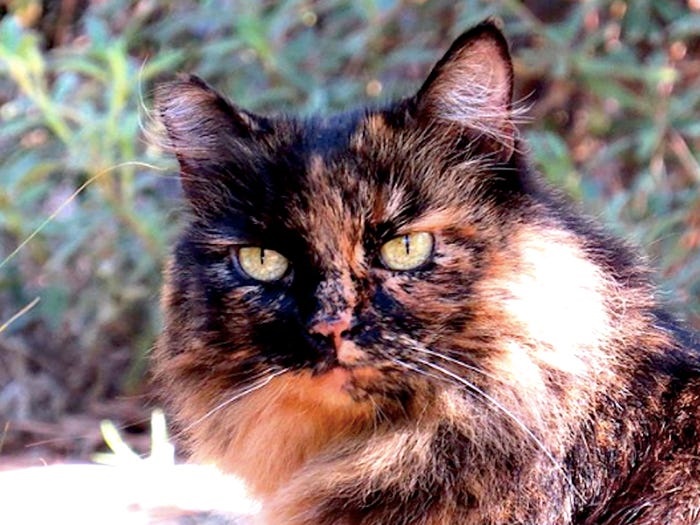 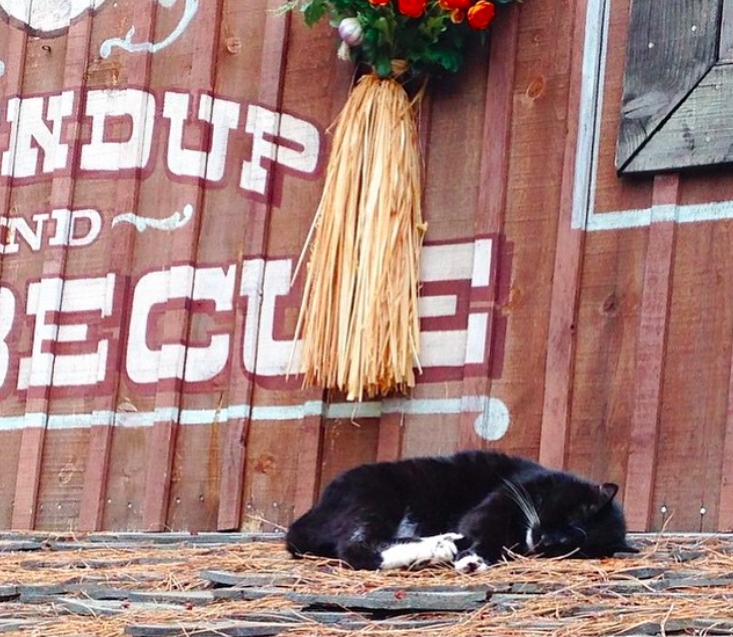 Animal lovers are welcome to watch the cats at work, as long as they keep a respectful distance. The Cats of Disneyland gives its readers the scoop:
“Some of the feeding station locations where guests are most likely to spot a cat include ones near the Hungry Bear Restaurant in Disneyland, Taste Pilot’s Grill at DCA and White Water Snacks at the Grand Californian. Cats can also often be spotted in the Rose Court Garden at the Disneyland Hotel and in the ditch that runs parallel to the path for the Mickey and Friends Tram.” 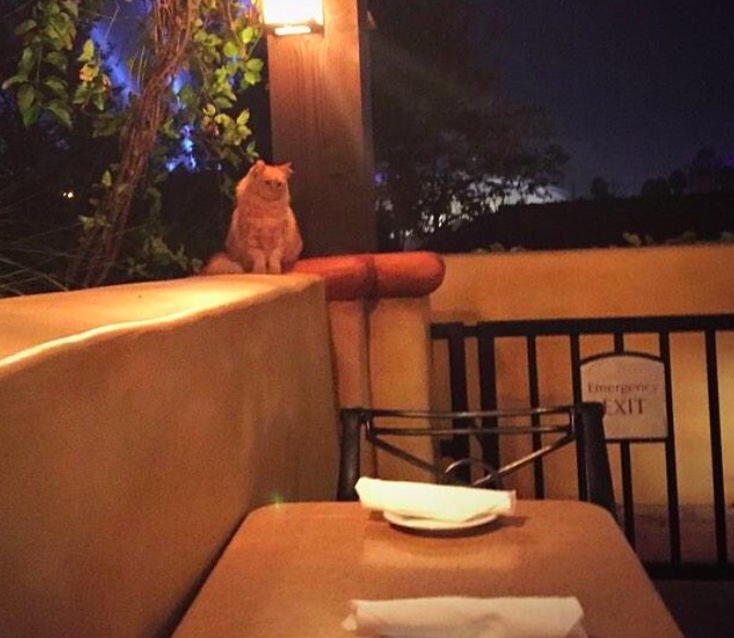 It’s been estimated that there are about a couple dozen cats in the park today. All the cats are also spayed and neutered to prevent overpopulation. 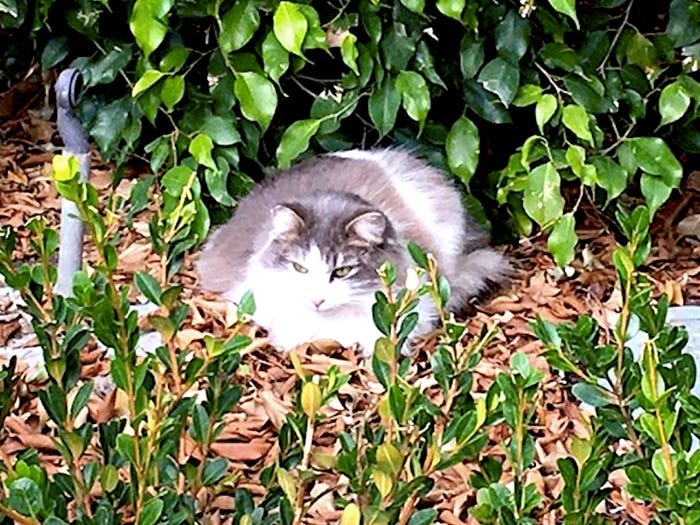 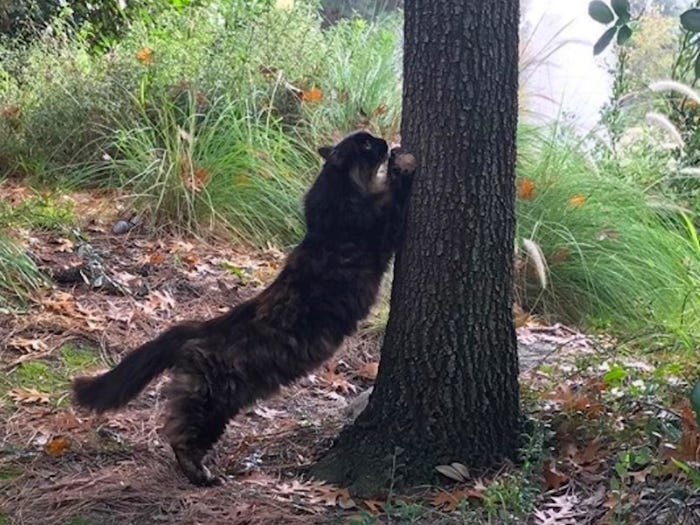 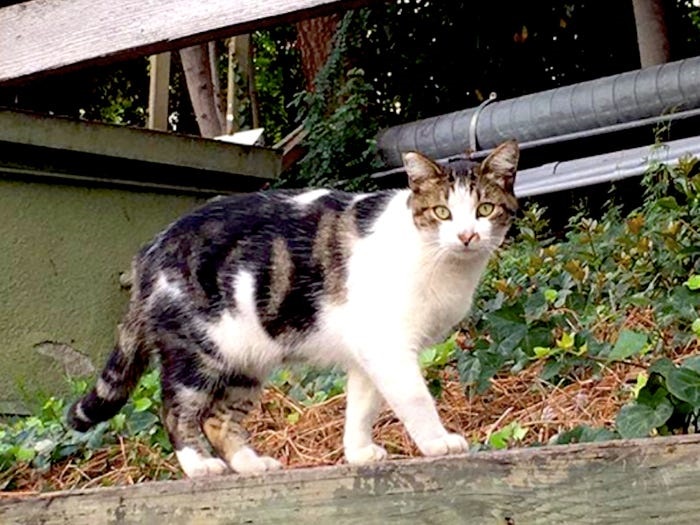 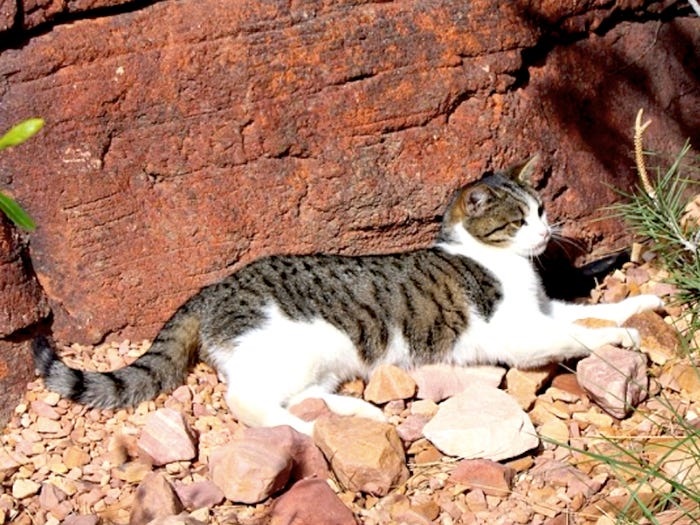 Some of the high-profile cats have been given their own names. For example, this tortoiseshell has been dubbed Francisco. She hangs out around Grizzly Peak. 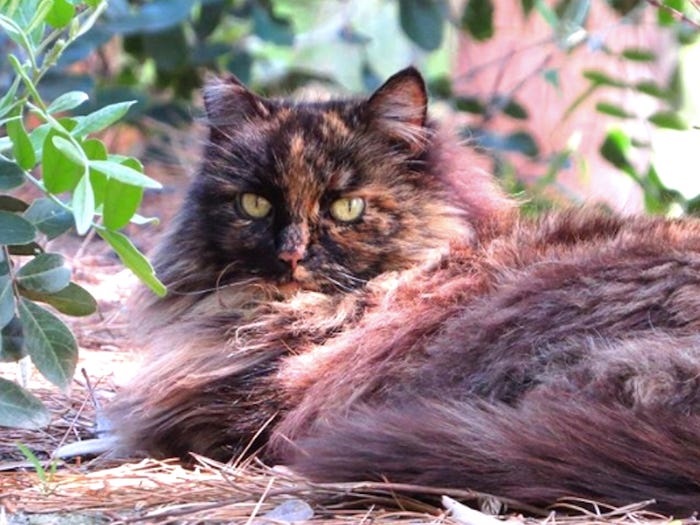 And this is Ned, a domestic longhair who’s frequently spotted on the grounds of the Disneyland Hotel. 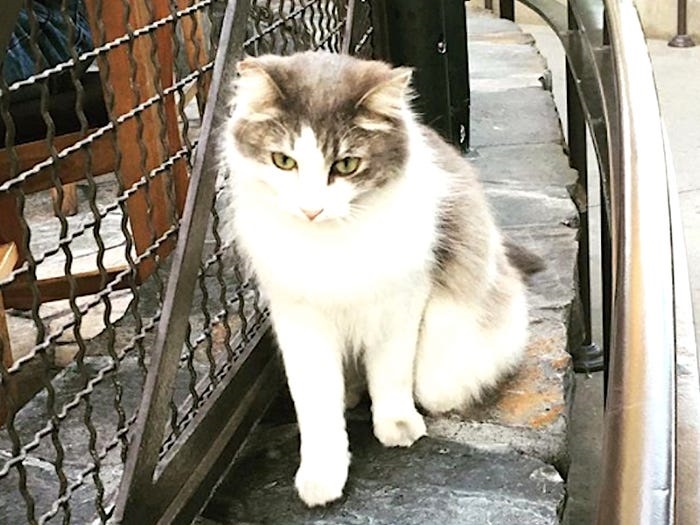 The cats also have some prominent fans. Actor Ryan Gosling — a former Mouseketeer — discussed the cats in a 2011 interview with Conan O’Brien. 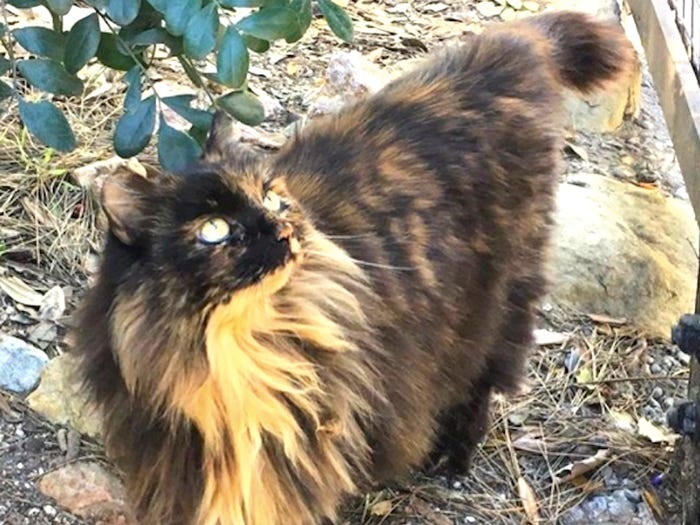 There is no doubt that the Disney company takes great care of its animals! 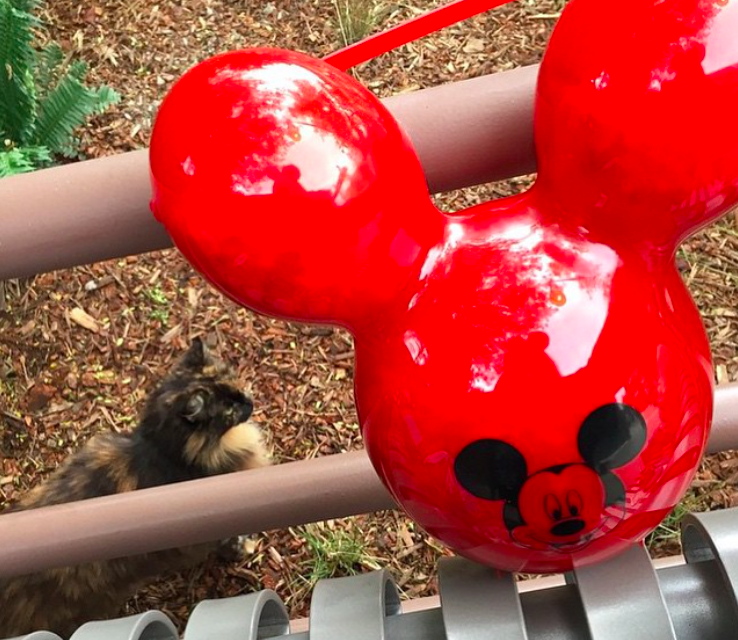