Disabled father couldn’t take newborn son for a walk, a group of students built him a wheelchair-stroller 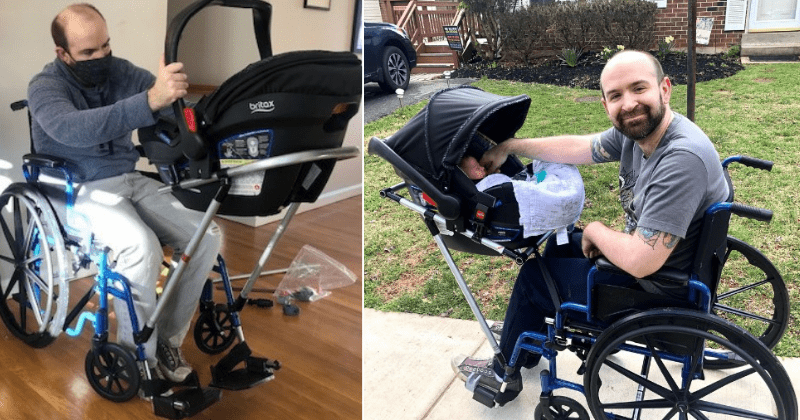 This uplifting story will definitely make your day. It involves a beautiful family of three and a group of very innovative high school students.

When Jeremy King became a father, he was over the moon. Sadly, his happiness was overshadowed by the fact that he could not enjoy his baby’s company to the fullest due to his condition. Namely, he had a brain tumor and underwent a surgery which affected his balance. As a result, he now uses a wheelchair.

Speaking to Good Morning America, Jeremy’s wife, Chelsie King, said: “While he can walk, he can’t do so safely carrying a child. So we jumped into, ‘OK, what do we need in order for him to parent safely?’ and honestly, not a whole lot came up — there’s just really not a ton of resources out there for disabled parents.”

“One of the things that we really couldn’t find was a way to enjoy walks with our son,” Chelsie said, according to NBC Washington. 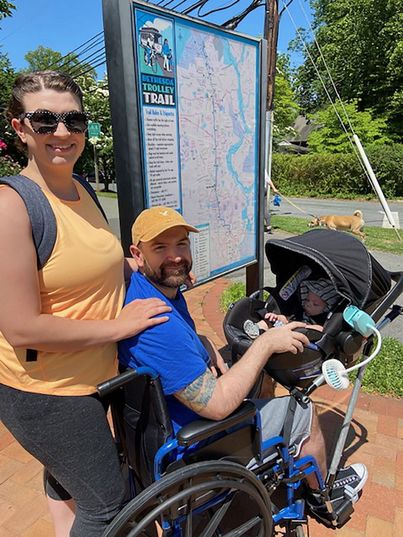 “We really just wanted a way to have walks as a family and for him to be able to do everything that a parent without physical disabilities does,” Chelsie added.

After exploring all the options, Chelsie came up with a brilliant idea. She reached to the students at the Bullis School in Potomac, Maryland, who are part of the school’s Innovation and Technology Lab, or BITlab. One of the classes, under professor Matt Zigler, Making for Social Good, is all about coming up with innovations which improve the lives of those who need it the most.

Professor Zigler was more than happy to introduce his class with the challenge. “One, it was great to have it as a challenge, but two, it was great that it was somebody in our community that could benefit from it,” he said. 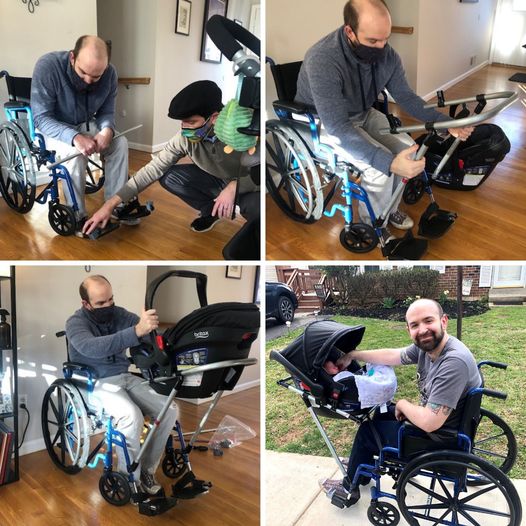 The young minds did the most incredible thing. They created the WheeStroll which allows Jeremy to have the so much anticipated walks with his son.

The students not only made one father’s greatest wish come true, but they also received plenty of awards for their invention, including “Best Inspirational Story” and “Best Showcase of Iterative Design.” 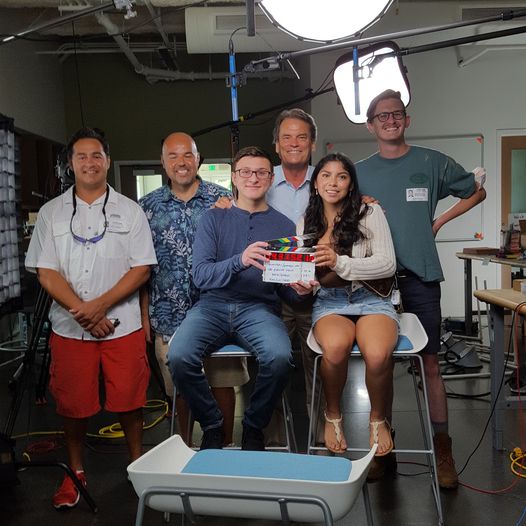 “To see the smile on his face and to know that I was able to help give him that connection with his child that he wouldn’t be able to have because of his disabilities,” one of the students involved in the project, Benjamin Gordon, said.

“It definitely made me feel for them and it kind of made me mad because something like this should be made already and we shouldn’t be the one—high schoolers—making these designs,” student Jewel Walker added.

We are so happy for Jeremy and Chelsie, and profoundly thankful to the young students for their incredible work.