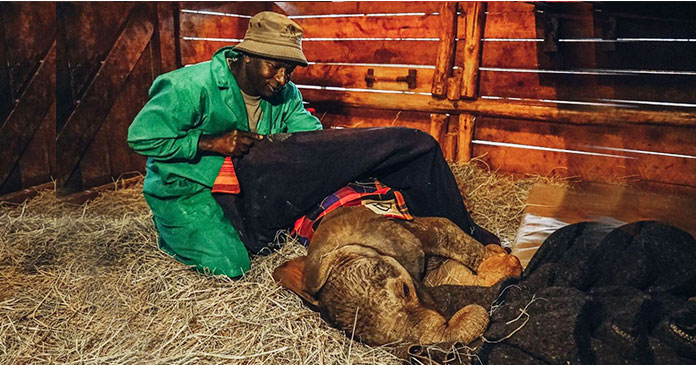 Like many other wildlife species, elephants are also under threat of extinction. Their number is dwindling every year due to habitat loss or poaching. But still, there are some people who are doing every bit to make sure that they are safe.

Sheldrick Wildlife Trust in Kenya is one such project which is looking after the interests of the elephants and it is giving us hope that it is not over yet. The devoted people here are looking after these magnificent creatures for nearly a century. 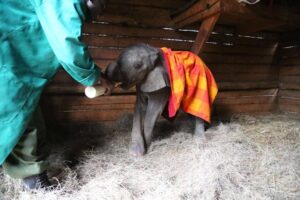 So far they have treated over 8,000 elephants and raised over 250 orphaned elephants. The caretakers there take a lot of pains to look after animals. They work with devotion and affection and they even sleep with the baby elephants in order to make them comfortable.

The life of baby elephants is very hard as their mothers are gone due to ivory poaching. So these babies are like human babies who want someone to keep them warm, to feed them, or to cuddle with them. 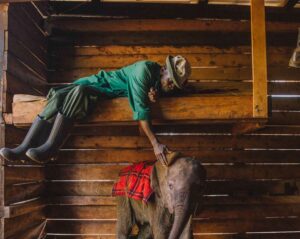 The caretakers look after the babies as they are their own babies and most of them are fathers and they know how to deal with a baby’s crying.

One keeper told how much these babies resemble human babies. Like human babies, they call out in the night and are very restless. Sometimes they cry for the milk and they really need a mother with them and these caretakers are actually trying to be their mothers. 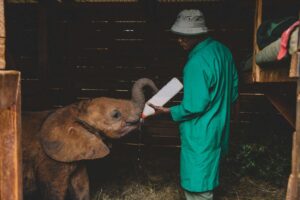 When the babies are very young, they need to be fed every three hours even at night and the caretakers are not bothered about it.

According to a keeper, they are actually mothers to them and look after them even at the night. They even cover the babies in blankets at night as sound sleep allows them to grow healthy.

These caretakers are going above and beyond to look after the babies and it is really a very good thing.