Desperation drives them to enter an empty yard, trying to find something, anything to eat! 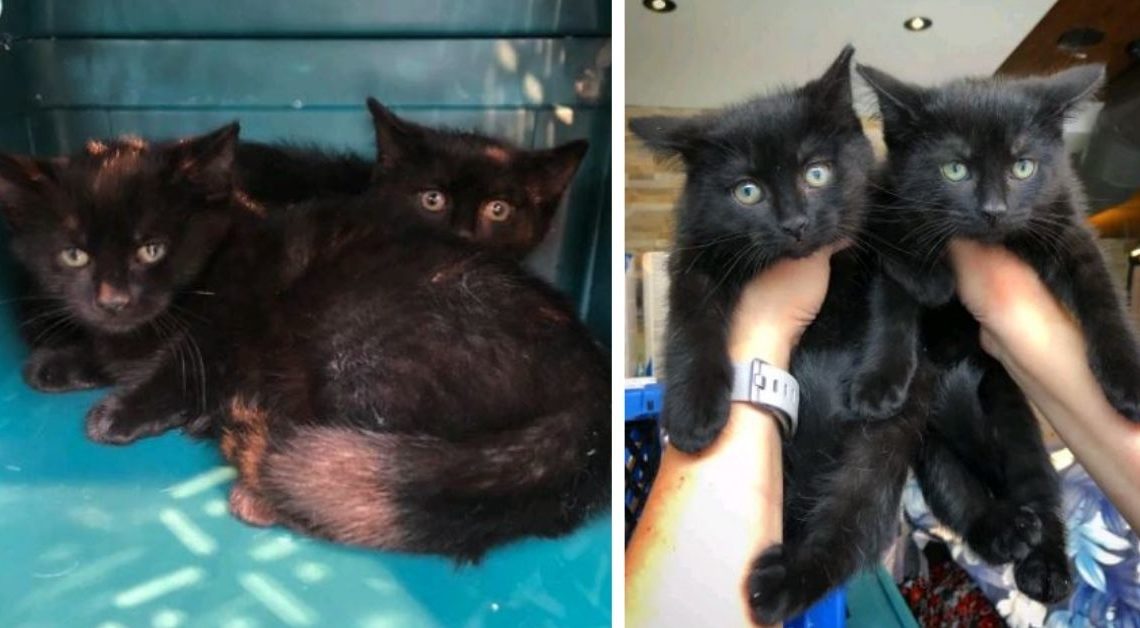 ENTERING A LOCAL YARD IN THE HOPES OF FINDING SOMETHING TO EAT THEY WERE ABOUT TO FIND SO MUCH MORE!
Out one-day helping community cats in Montreal, Canada, Micheline found two tiny kittens clearly in need of immediate rescue.

The tiny duo had wandered into a local yard in the hopes of finding something to eat. Only a few weeks of age, Micheline scooped them up and brought them to Chatons Orphelins Montréal, leaving their life on the streets, starting down the road to a much better future. 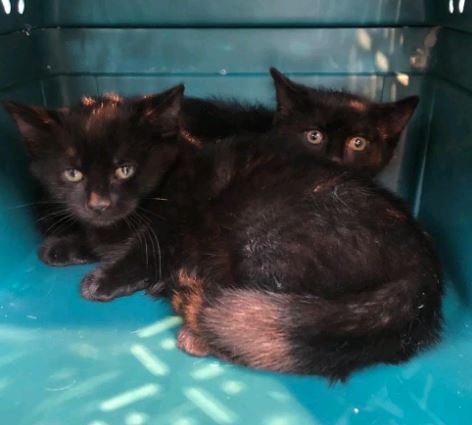 “They were very shy when they arrived. Our foster volunteer Lena took them in, so they could socialize in a comfortable home,” Celine Crom of Chatons Orphelins Montréal said.

Given the name Stella and Ally, they soon took to their new home, claiming the cat tree as their own, while making sure they were never far from each other’s side. 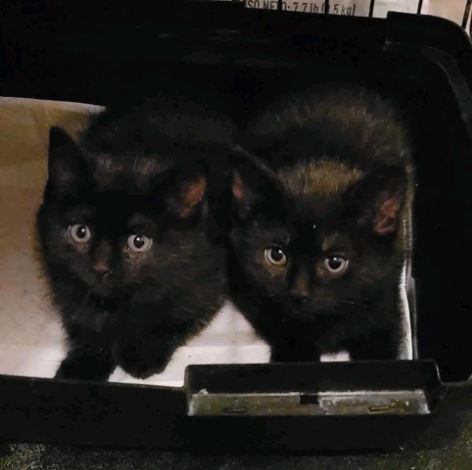 As time went by they gradually came out of their shells and began exploring every nook and cranny they had access to, discovering new toys to play with as they did so.

“They both come running if they spot a feather toy. They create a ruckus when they play, but they also savor the quiet moments together, and cuddle up to each other when they sleep.” 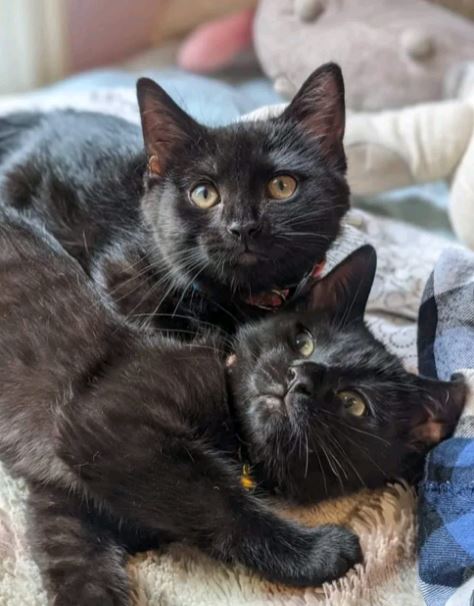 “If they cannot see each other, they will immediately try to seek out one another,” said Celine.

The smaller kitten, Ally, makes up for her lack of size with a much larger personality which quickly rubs of on her large sister. More often than not dragging Stella into Mischief. 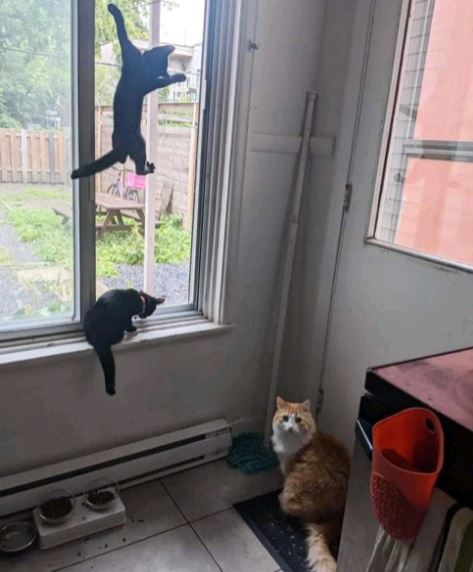 Even the long-time residents can’t help but watch these tiny black panther’s antics. 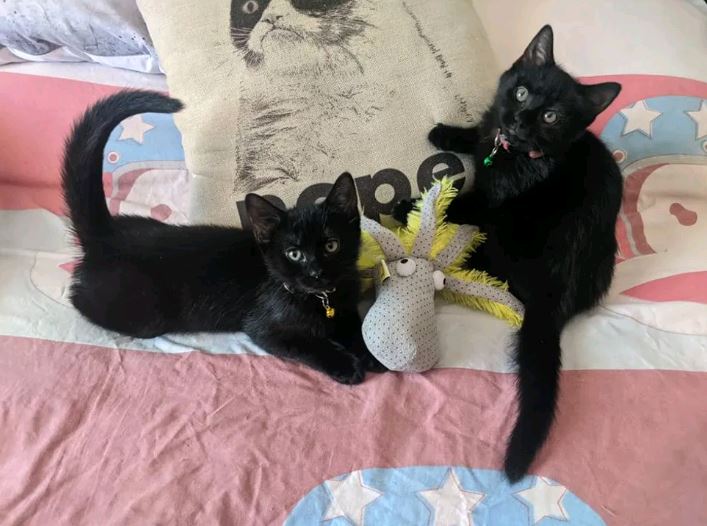 “Ally is outgoing and very playful while Stella is a bit reserved. They complement each other perfectly,” saidCeline.

“If one of them gets petted, both of them switch on their purr motors at the same time.”

Having blossomed into the happy kittens they should be, Stella and Ally are now ready for their forever homes.

The hopes are that this home will be a home for both of them. 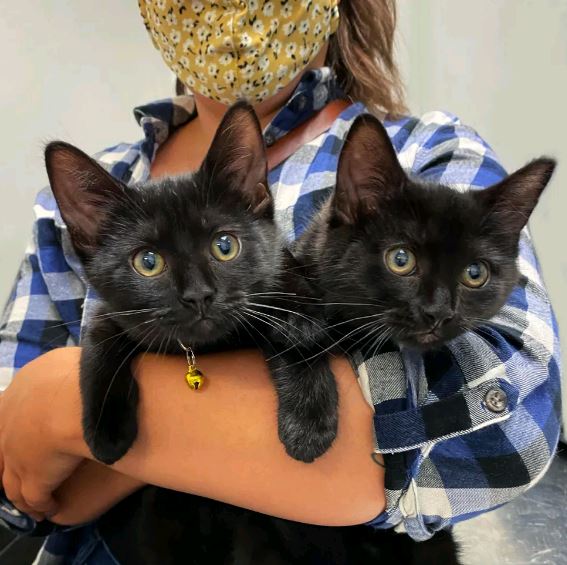 These two have well and truly left their shy and retiring past and stepped into the role of full-fledged snuggle bunnies. 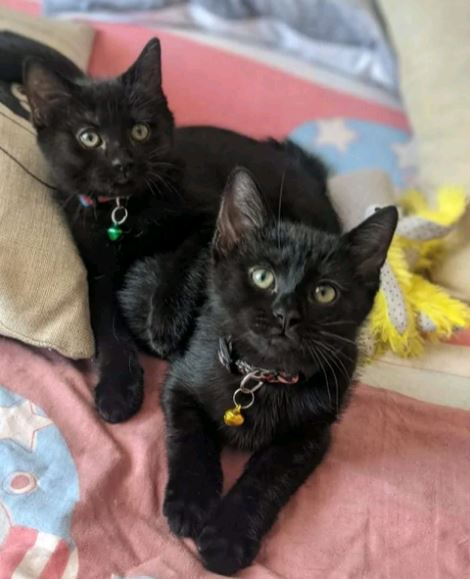