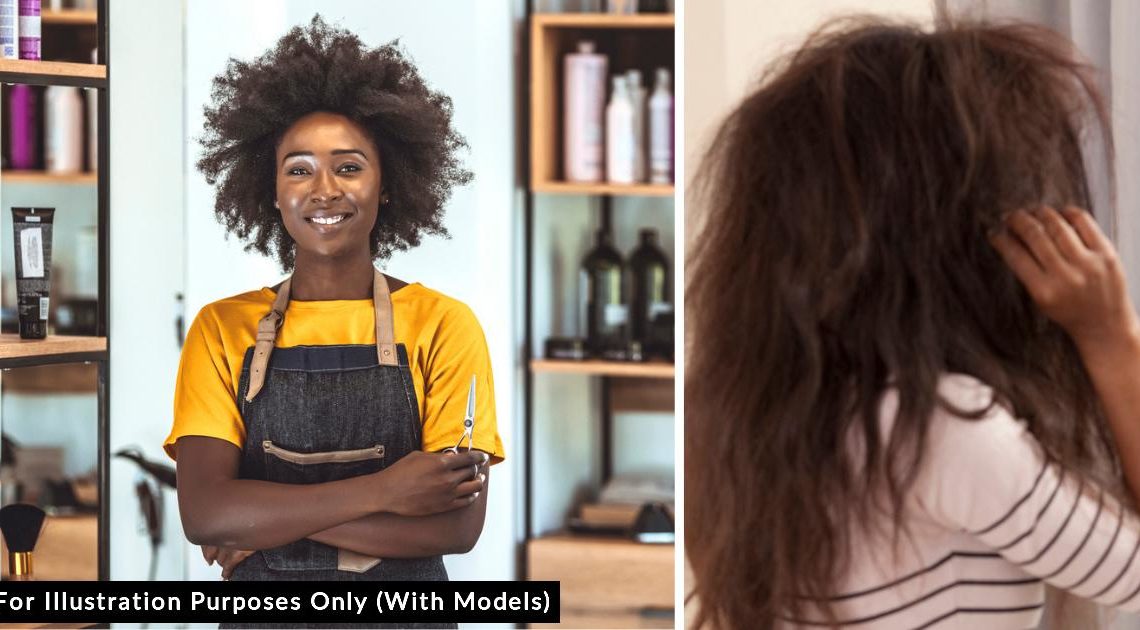 It’s no secret that the way we look and present ourselves to the world can have a big impact on how we feel. But sadly, taking care of our appearance is not always an easy thing for everyone to do. For example, bouts of depression can cause someone to neglect their physical appearance. Healthline reported that not only depression but other mental illnesses like anxiety and sensory processing disorders can all have an impact on our personal hygiene and grooming.

Sadly, one teenage girl from Iowa felt this firsthand when in 2017 she arrived at the hair salon a few weeks before school was set to resume. She came to the salon since her school photo was going to be taken soon after. The girl had suffered from a serious bout of depression which had made her neglect her appearance, including not brushing her hair. This had caused it to become heavily matted in the back.

Hairdresser Kayley Olsson was working at the salon that day and she was completely heartbroken when the young girl came in. Instead of cutting all of the teen’s hair off, Olsson wanted to make a difference in her life. So she spent the next two days carefully untangling the girl’s hair and in the end completely transformed her appearance. In turn, the girl left with a positive outlook and told Olsson that she would even smile for her school photo.

Olsson shared a post about the moving story to Facebook and it later went viral. Let’s take a look at what happened. 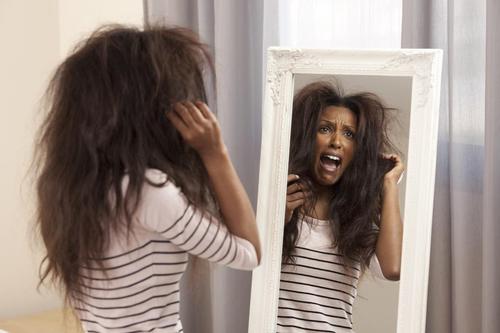 Olsson posted about the incident on her Facebook page on Aug. 8, 2017. She kept the girl’s identity anonymous but revealed that it was “one of the hardest experiences” she’s had in her career. She explained that the girl had suffered from “severe depression for a few years.” She continued:

“She got to the point where she felt so down and so worthless she couldn’t even brush her hair, she told me she only got up to use the restroom.”

Even when she came into the salon, the girl had told Olsson to “cut it all off” since she couldn’t “deal with the pain of combing it out.” She called herself “worthless” for having let it get that bad.

But Olsson was heartbroken and wanted to help her. She said, “After being here 8 hours yesterday and 5 hours today we finally made this beautiful girl smile and feel like she IS worth something!” She included photos of the girl’s hair transformation and it’s incredible to see. Not only was Olsson able to get the knotted mass out of the girl’s hair, but the after photo is simply gorgeous. The hairdresser added that the girl’s last words to her were:

“I will actually smile for my schools pictures today, you made me feel like me again.”

Olsson added why she wanted to post about the incident publicly. She wrote:

“At the end of the day I want this to be a lesson to people. MENTAL HEALTH is a thing, it [a]ffects people all around the world and of all ages! PARENTS take it serious don’t just push your kids off and tell them to get over something they legitimately can’t. A CHILD should NEVER feel so worthless to not even want to brush their hair.”

Olsson’s post made a huge impact when it was posted online. It’s since been shared over 68,000 times and has over 9,000 comments. One person commented on the post:

“To take that time to make her day better, is a blessing. We will never know her true story, or what she struggles with everyday. No one should judge or make jokes on someone else[‘s] life.”

Meanwhile, another user admitted to crying after having read the story about the teenager. She wrote:

“Crying in front of my boyfriend in the car after reading that. I feel so sad for this girl. I am so glad someone made her feel worth something because she is. AND KUDOS TO HER FOR GETTING UP OUT OF BED AND DOING SOMETHING FOR HERSELF AND GOING BACK TO SCHOOL! Congratulations to this beautiful girl.”

However, other people wrote and asked why the girl’s parents hadn’t helped her, including one person who suggested they’d even get in touch with child services to make sure they could check in on her situation.

But countless others commended Olsson for taking the time to help the girl out. One person wrote: “You might not realize it now, but you may have saved this young lady’s life. Bless you. You will be rewarded ten-fold.” Another commenter added:

“We need more humans like you that truly care.. although a stranger.. You mean everything. You made a difference. Thank you for being so generous with your time and for being such a wonderful person ❤️”

It’s clear that Olsson’s gesture made a huge impact, not only on the girl’s life but also to raise awareness of depression and mental health to many others. 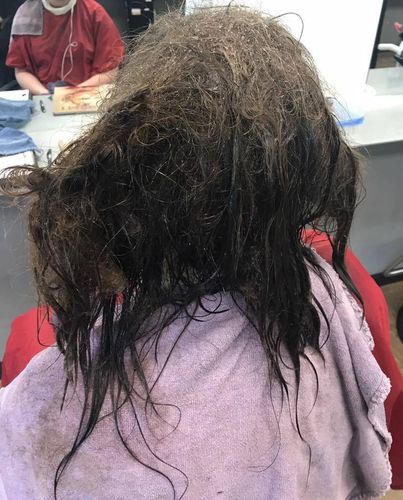 What an incredibly kind thing Kayley Olsson did for this young girl. What do you think about her willingness to help the teenager out? Pass this story on so that others can learn about it too.

If you or anybody you know is struggling with depression or suicidal thoughts, please call Lifeline at 1-800-273-8255. The Lifeline provides 24/7, free, and confidential support for you or your loved ones, and best practices for professionals.