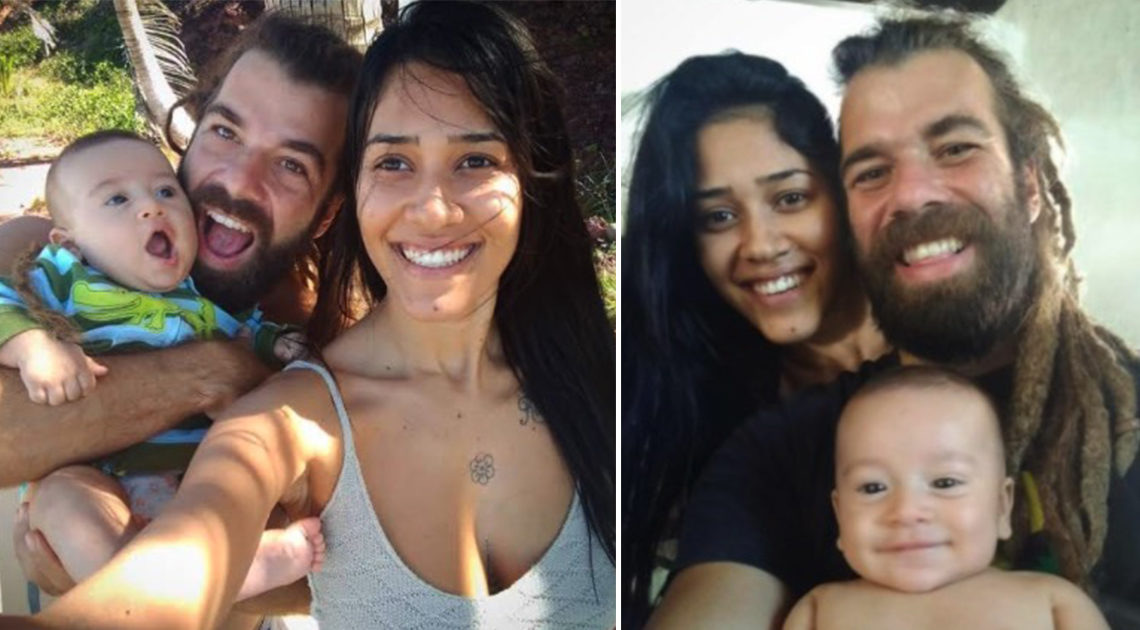 A family of three and their dog have died after a cliff face collapsed while they were enjoying a family day at the beach.

Hugo Pereira died in the freak accident with his partner Stella Souza and their 7-month-old baby while relaxing on a popular tourist beach in Brazil.

The 33-year-old mom was found hugging her son as she tried to protect him from the boulders which came away from the cliff.

According to media reports they were buried in a landslide when the cliff face collapsed on Pipa Beach, in Brazil, on Tuesday, November 17. 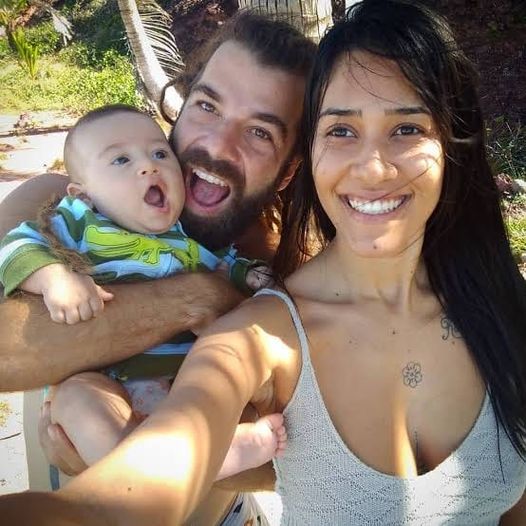 The couple’s baby was breathing when they found him but died shortly after from his injuries.

Witnesses said the family were sitting near the base of the cliff when rocks collapsed on top of them.

The family’s dog, called Brisa, also died in the accident.

“We dug until we found the father, and then we found the mother and child. She was hugging (the baby),” local resident Igor Caetano told Brazilian media outlet G1. “It appears she instinctively tried to protect her son.

“The adults’ injuries were very severe because they took the brunt of the collapse.”

A doctor who happened to be in the area rushed to help revive the baby and passersby started digging with their hands and using sticks to try and get the family out.

A local fisherman said they were constantly warning tourists not to sit in the shadows of the cliffs because of the risk.

“I’m born and raised here and this has always happened because the sea is gradually destroying the cliff more and more,” he said, as per 7news.com.

According to the news report council officials said signs warning of the dangers of landslides are constantly being washed away by the ocean.

The 32-year-old dad Hugo had recently moved to the area to work as a hotel manager close to the beach.

“They were very happy, a very happy family. Hugo was a wonderful man who took good care of Stella and Sol. They were people who only left happiness,” Stella’s mom Sânzia said as per Alkhaleej Today

.Such a tragedy, my heart goes out to the family of this sweet couple and their beautiful baby boy. Rest in peace.