Dancing 5-Yr-Old Steals Spotlight At Preschool Graduation And Has 1000s Cracking Up.

As a child, you probably fell into one of two categories: the shy introvert who felt self-conscious about expressing yourself, or the confident, outgoing firecracker who held absolutely nothing back. Ask anyone who’s met five-year-old Lily of Ohio, and they’ll undoubtedly label her as the latter.

The little girl will take any chance she can to steal the spotlight, and her preschool graduation was no exception. 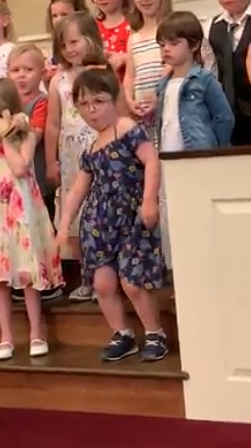 Lily’s grandmother, Martina Blair, recorded as the little girl danced alongside her classmates at school in May. But while her peers only sway along to the music, Lily goes all in, clearly having a blast and cracking up all the adults in attendance.

Martina can barely hold it together as she films her granddaughter busting a move to the children’s song “Tooty Ta.” At one point, she flat-out wheezes and snorts from laughing so hard. It doesn’t help that Lily keeps switching from one hilarious facial expression to the next, soaking up all the attention she can get. 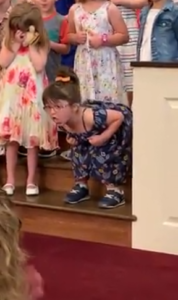 -Advertisment-
According to Martina, Lilly loves singing and dancing as well as arts and crafts. Her grandma also describes her as “our hysterical little blessing,” and as such, Martina had to bless others with the girl’s goofy antics.

She shared the footage from Lily’s ceremony on Facebook, where millions watched and busted a gut themselves. They all agree she’s the perfect example of how freeing it is to just be yourself. 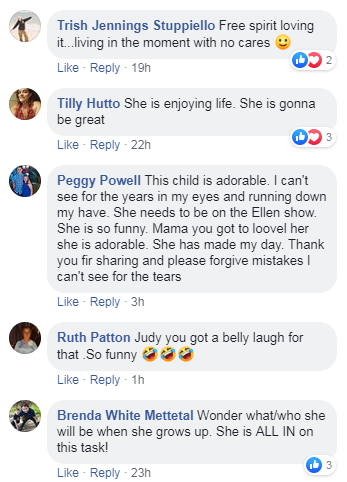 Lilly’s dance moves are the feel-good medicine we didn’t know we needed. Keep that weird flag flying, Lilly. Your carefree attitude and silly faces are spreading joy across the world!

Watch as the little comedian steals the show below, and make sure to share with anyone who needs a good laugh!