Couple Discovers Tiled Gem Beneath Carpet Inside Their 1830s Home 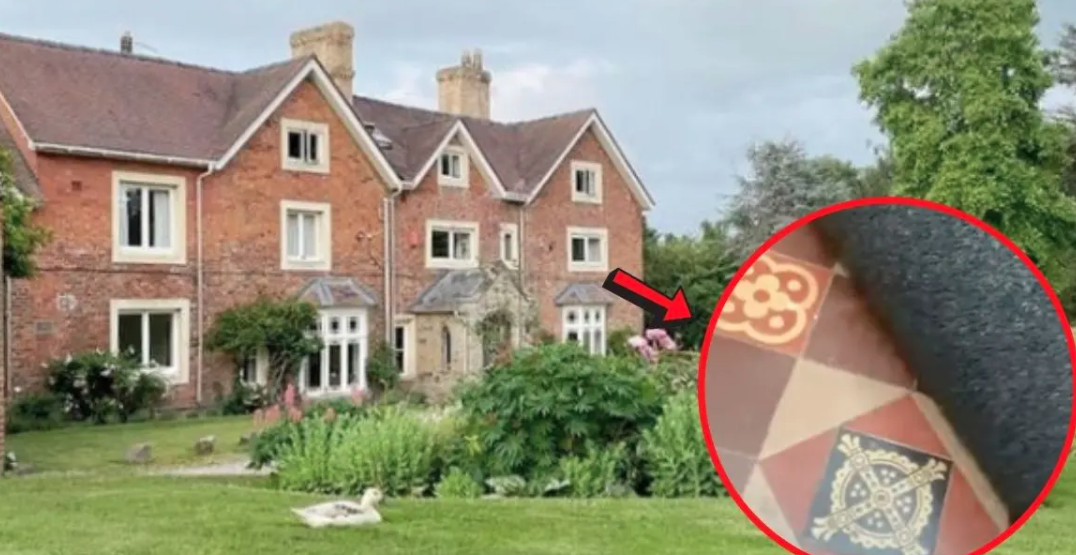 A couple has discovered a tiled masterpiece hiding beneath their carpet inside their 1830s home. Kathryn and Phil purchased a gorgeous manor in England and have since been working on “restoring its Victorian grandeur.” The couple has been showing off the restoration process on their TikTok account and Instagram page.

What they uncovered was a stunning, intricately tiled floor that had been covered up for years underneath the carpet. Kathryn had discovered it after nonchalantly and innocently deciding she wanted to see what lied beneath their red carpet.

“‘I’ll just take a look under this carpet’ were the immortal words from me. Which has now led to a 2 year project to rescue and restore this Maws Tile floor. 100s of hours have been spent chipping, chiselling and scrubbing away at this beautiful floor along with one wall removed and 3 door ways added along the corridor,” the couple said in their video unearthing what lied beneath the carpet.

“We’ve come a long way with this section of the house and now I’m finally choosing the décor already for the floor’s final clean and polish in a few months time.”

The on-screen captions revealed even more about what they found. We never expected to find this under the red carpet. Sections of the floor had been covered by self levelling compound. It took us hours to remove it all. This floor had been covered up for years. Then we started cleaning. More tiles were covered with bricked up doorways. We put the doorways back in. Damaged tiles were reset and repaired. Now it is ready for its final clean and polish.”

Kathryn continues: “This is what the Main Hall used to look like—then on Saturday afternoon I decided to pull up the carpet and see what was underneath. 10 minutes later I’m rolling the whole lot up with Dad as we found the tiles. There was a concrete area in front of the double doors. So we thought the tiles were missing. After a lot of research and poking and prodding the walls we uncovered what we thought were the two original doorways.”

“And under all of the plaster and brickwork there they were. I think having the new doorways makes the room seem wider. We’ve also retained the red carpet as we found out it is an Axminster. It’s all rolled up as we think we will be able to use sections of it in different rooms around the house. It’s looking a bit different to when we moved in.”

The floor was estimated to be covered up for at least 50 years. “Luckily for this floor we love it and it won’t be covered up again in our lifetime. Even though I’m not sure if my finger nails will ever recover but now it’s just covered with a bit of dust from the general work going on in the house,” the couple says. Be sure to check out the video below to see what this 1830s home truly looks like!