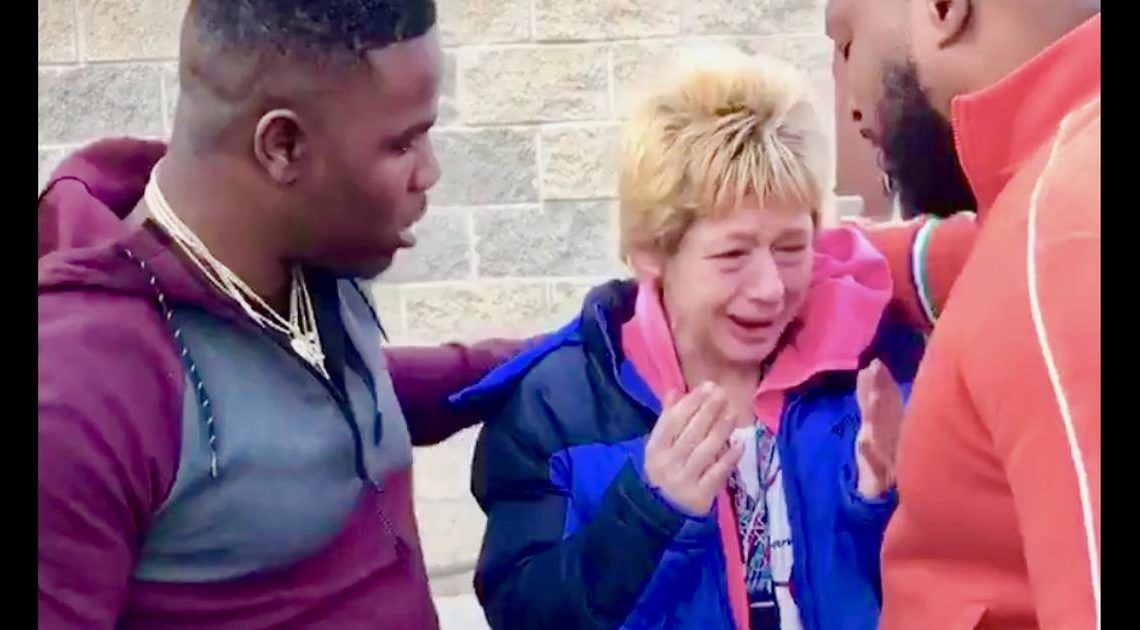 Many people are going through hard times in our world. Some have no qualms about asking for help, but others can’t. They try to hide their suffering, and it’s easy to miss certain signs. Thankfully, there are people who pay attention, like comedian Carlos “HaHa” Davis and his friends who saw a woman struggling at a gas station back in 2018. They decided to do a good deed and did more than they thought they could.

One of Davis’ friends saw a woman doing something at a nearby pump that caught his eye. What followed next was filmed and posted on Davis’ Twitter in October 2018. The woman was paying for gas using pennies. Realizing something was up, Davis and his friends concocted a plan. The traveling comedians decided to offer the obviously struggling woman some monetary help.

The video opens with Davis exiting his van with $300 in cash that he holds out to the woman. As the overwhelmed woman looks from one person to the other, Davis’ friend reassures her that the money isn’t illegal, as they’re comedians.

The woman’s mouth opens as she tries to speak. Eventually, she’s able to explain that her husband died a week ago. She explains that she has fallen on hard times and that she “didn’t ask nobody for nothing.”

The woman’s puffy eyes and story proved that she was hurting. The young men around her try to hold back tears. Davis then tells her that she’s OK and that “We got love for you.” As he tries to hand her the money, a friend says, “We gotta take care of each other.” 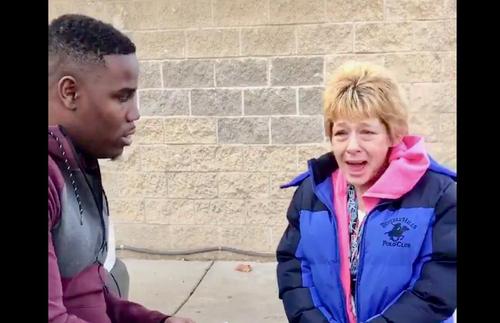 The woman didn’t understand how they knew she was having trouble. Davis explains that his friend told him what was happening. He wanted to show her love. “It’s only right,” he says.

The woman accepted the money but was still shocked. Struggling to respond, she finally states that God really was looking out for her.

Davis agrees that God is “definitely watching over” her. The video has since gone viral and has brought many to tears. Many see it as proof that generous souls still exist in this world.

One Redditor pointed out that they work at a gas station where people occasionally prepay with cash but either leave before paying the full amount or don’t pump at all.

“They usually come back once they realize their mistake, but for those who don’t come back and are never seen again, we keep that money under the cash drawer and use it for those who appear to be struggling to pay for gas much like this lady was,” the Redditor explains.

Fans on Twitter, where the video was originally posted, praised Davis and his friends for paying it forward.

“That’s love. The rest of America needs to keep this same energy so we can all get back to a better space,” Keith Mac wrote.

“Thank you for posting! I love reminders that there’s plenty of good people out there!” Shannon added.

Carlos Davis, perhaps better known as “Haha Davis” and “Big Fella,” hails from Detroit, Michigan. According to the comedian’s website, he gave junior college a shot but quickly decided that it wasn’t for him. 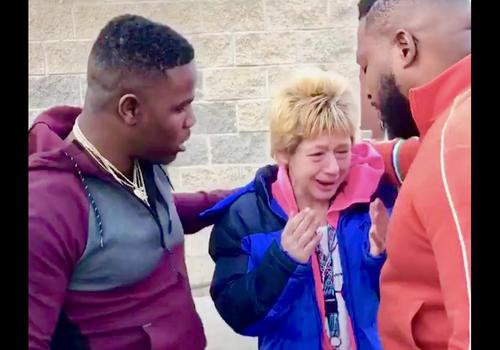 And so Davis moved back home to live with six family members in a three-bedroom house. While living in the basement, Davis discovered funny videos online and realized that he could post his own content on the since-discontinued platform Vine and on Instagram.

“One day one of my homies was like, ‘Man you funny bro. You should really try to do comedy,’ and I was like, ‘Man I ain’t no comedian.’ But I listened and started doing skits on YouTube in 2012. People liked it so I said to myself, ‘Hmmm maybe I can do this comedy thing.’  After doing YouTube for a while I started posting comedy videos on Instagram when they introduced the 15-second videos, and they spread like wildfire,” Davis recalled in a 2017 interview with The Source.

Gaining popularity online opened a lot of doors for Davis. The comedian is even close with the legendary rappers Snoop Dogg and Chance the Rapper.

“Hanging out with those guys is always a learning experience. Snoop puts me onto a lot of game. He’s been in the business for a long time and he puts me onto the ins and outs of things. so anytime I get with him it’s always a conversation about going to the next level and figuring out what’s next for me,” Davis explained in his interview with The Source.

Today, Davis has more than 7 million followers on Instagram and an active YouTube channel where he continues to post funny videos. In one of his most recent comedy skits, Davis shows what happens when you get pulled over by your dad.

What do you think of Davis’ good deed? And have you seen his comedy videos before? Let us know — and be sure to pass this uplifting story on to others.