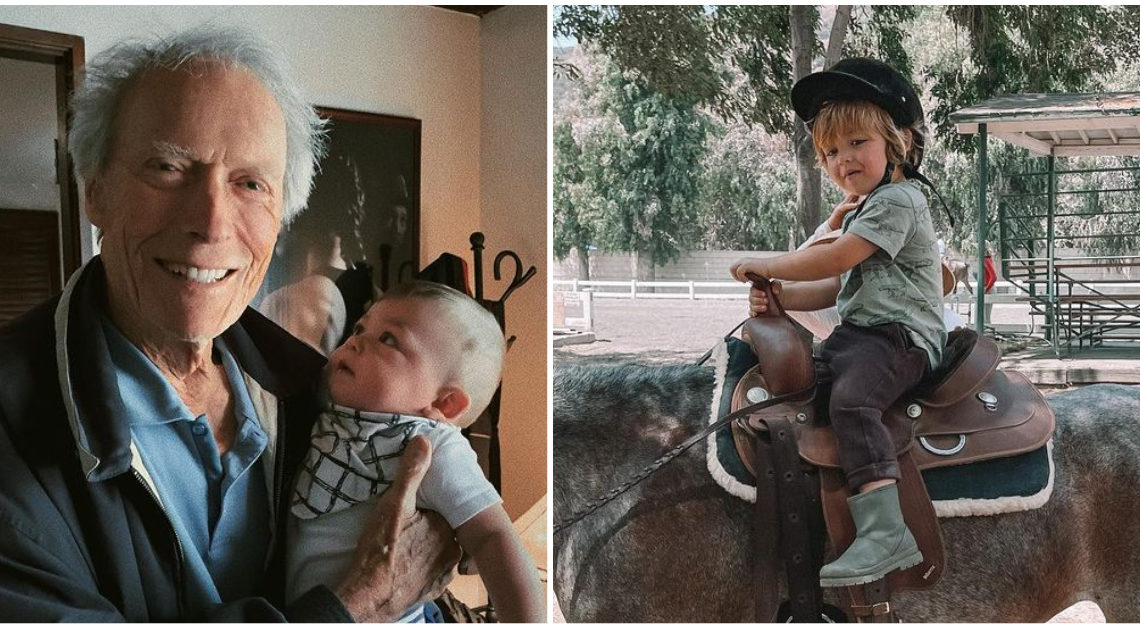 There are few Hollywood celebrities alive as legendary as Clint Eastwood. After establishing himself as a screen icon as the star of movies like The Good, the Bad and the Ugly and Dirty Harry, he became one of Hollywood’s most acclaimed directors with movies like Unforgiven, Million Dollar Baby and American Sniper. At 91, he’s still going strong.

He’s left quite a legacy — and it looks like his family members are following in his footsteps. Several of his children have become actors, including Scott Eastwood, who has been appearing in a number of major Hollywood movies including Suicide Squad and The Fate of the Furious.

Many people have pointed out Scott’s resemblance to his dad. But recently, it was a younger member of the Eastwood family that had the internet buzzing.

Francesca Eastwood, the 27-year-old daughter of Clint Eastwood and Frances Fisher, had her first child in 2019, a boy named Titan Wraith Eastwood.

And as Titan has grown, fans have pointed out how much he is starting to resemble his famous grandpa.

In a recent Instagram post by Francesca, Titan is seen riding a pony wearing a cowboy hat — reminiscent of all the cowboys grandpa Clint Eastwood has played over the years.

“I’m so proud of u little rider!” Francesca wrote on Instagram.

While Clint Eastwood still keeps himself busy with directing movies even into his 90s — his next film as both director and star, Cry Macho, hits theaters next month — it’s clear he’s still taken the time to be part of his family’s lives.

In an Instagram post from June, Francesca shared a photo of Clint holding Titan as a baby: “Best dad. Best grandfather,” she wrote in the caption.

And Francesca’s half-brother Scott, while also being a rising leading man in Hollywood, has also taken the time to be part of his little nephew’s life.

When Francesca was pregnant, he says he started to “think about” parenthood a lot more.

While Scott hasn’t had kids of his own yet, he’s been an attentive uncle to Titan since he was born.

“So happy to be an uncle,” he wrote in one Instagram caption. “Excited to teach you boy stuff Titan.”

What a beautiful family! It’s clear that younger generations of Eastwoods are taking after Clint!