Circus Elephant Captive For 53 Years Joyously Reunites With Her ‘Sisters’ 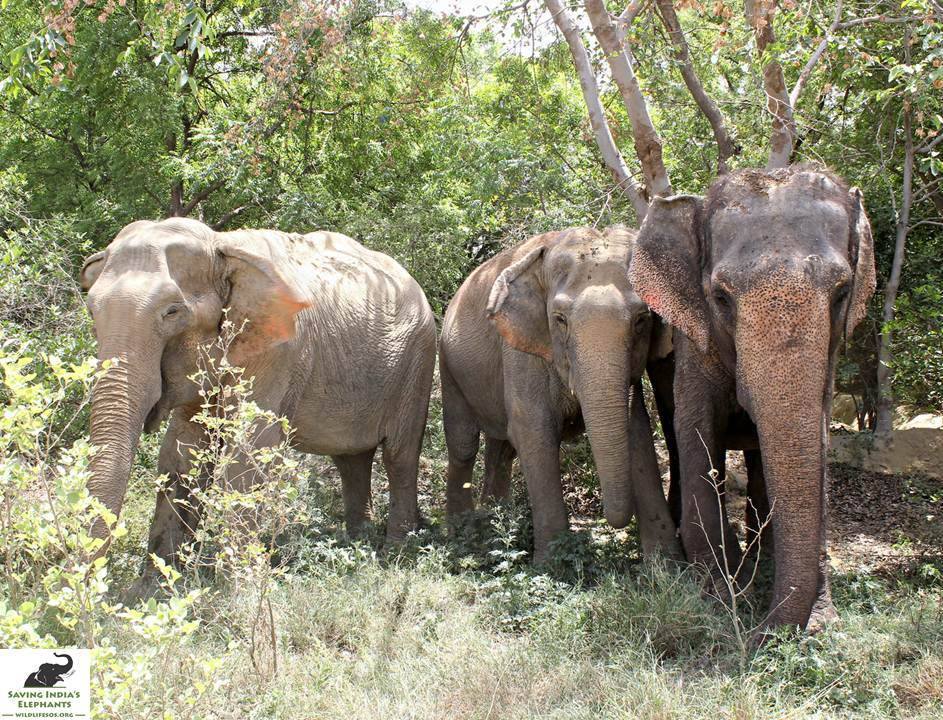 For nearly 53 years, Rhea the elephant lived in a circus in India “facing horrific abuse and neglect”, Wildlife S.O.S. revealed. But thanks to the elephant rescue and its supporters, Rhea reunited with her elephant “sisters”, Mia and Sita after months of separation. Mia and Sita lived with Rhea throughout their long life of servitude but were able to be rescued in November 2015, while Rhea had to remain behind.

It took Wildlife S.O.S. several months and lots of legal wrangling to arrange the proper permit and paperwork to get Rhea. “It broke our hearts to leave Rhea behind, but we always knew we’d come back for her, and fight with all our strength to get her freed too,” they wrote on their website of Rhea’s rescue. 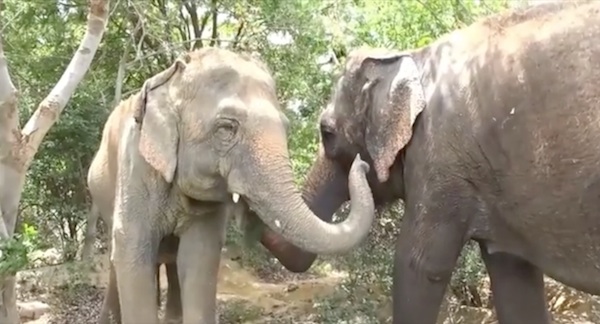 But they kept their promise and freed Rhea in April 2015. They immediately made arrangements to transfer Rhea to her new home and back with her family.

The years of living in a tiny cage and being chained up have taken their toll on Rhea’s body. When a veterinarian inspected her feet, he found that they were in a really bad state with “cracked toenails, swollen footpads and an abscess”. She was also malnourished, likely from years of a poor diet.

After she was made as comfortable as possible, Rhea was loaded into a truck and brought to the Elephant Conservation and Care Centre, Mathura. 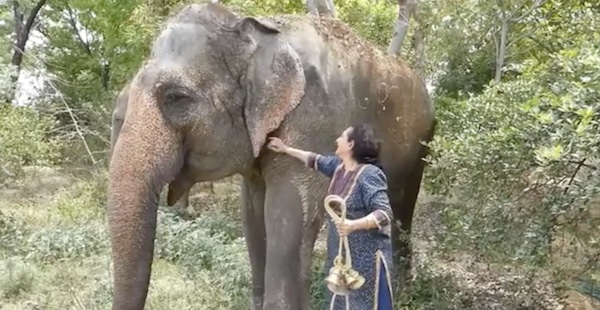 The moment she got off the truck, Mia and Sita were there to greet her! It didn’t take long for the elephants to entwine their trunks and happily rumble to one another. Rhea even offers one of the other elephants some tasty fresh grass.

The elephants immediately reconnected with one another and now do not leave each other’s side.

On her very first day at the sanctuary, Rhea shared a delicious bucket of fruit with Sita.

And if you noticed Rhea’s bells around her neck, they were removed shortly after by Wildlife S.O.S. co-founder Ms. Geeta Seshamani. Their removal symbolizes Rhea’s liberation from a lifetime of misery and abuse in the circus.

It’s such a relief seeing these elephants after decades of captivity free to be elephants and being well looked after.

The elephant sisters will now spend their remaining days happily together!