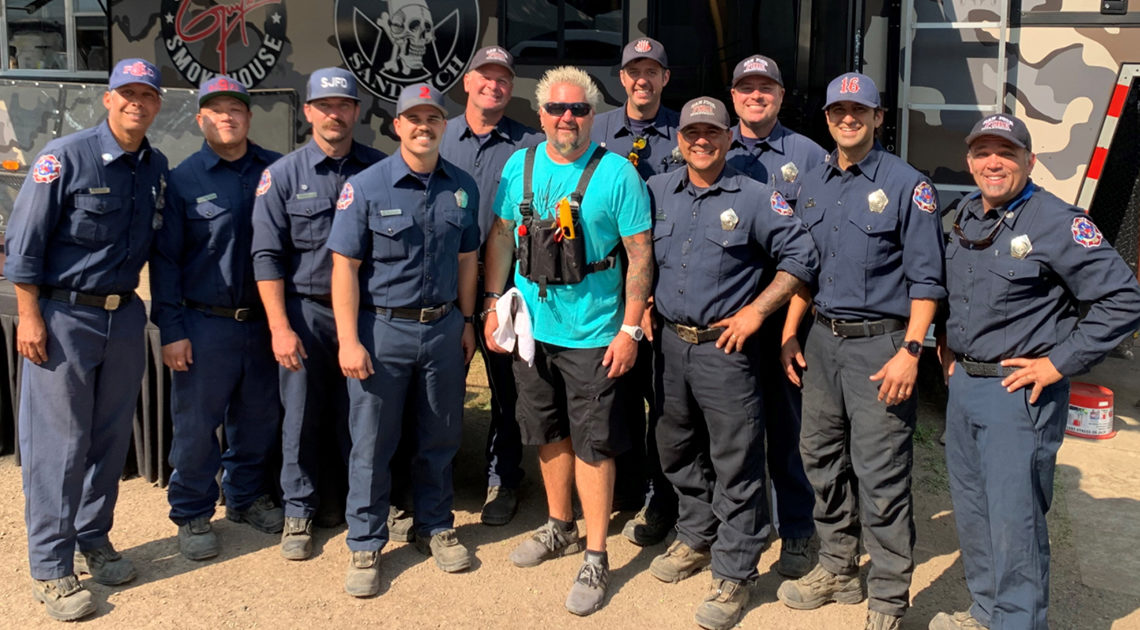 Speaking of chefs who made a name for themselves not only because of their incredible cooking skills, but because of their heart of gold, one of the names that comes to mind is that of Guy Fieri. This man is known for going above and beyond for others when they need it the most, and his latest act made us fall for him even more.

As fire departments from all over the country, including the Murrieta Fire and Rescue Department, from Southern California, are battling the Dixie fire, the single largest fire in California history, chef Fieri did his part in helping these brave people by doing what he does best; cook. 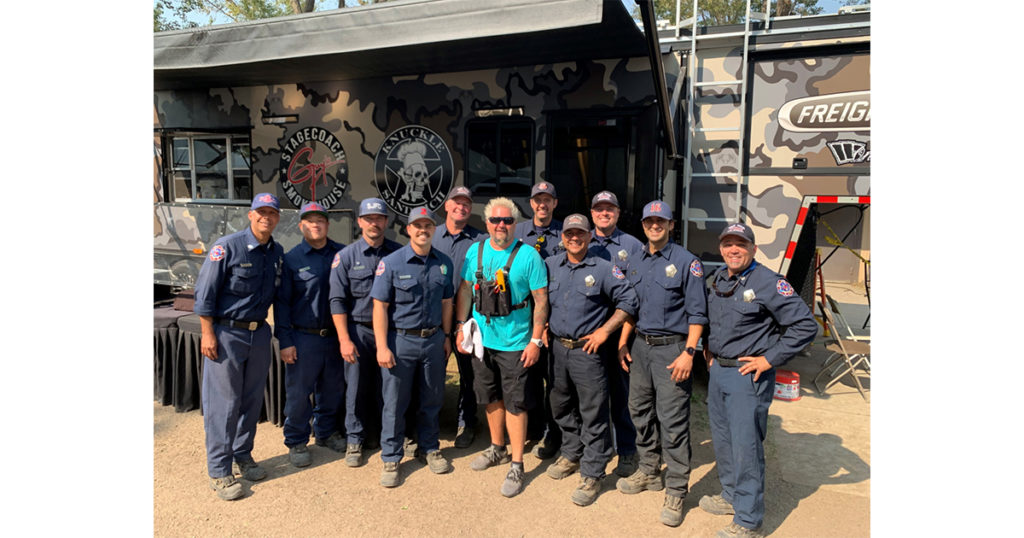 Murrieta Fire and Rescue shared on their Facebook page that the famous chef made over 1,000 pounds of pulled pork sandwiches on Tuesday for the tireless firefighters and all the people braving the fire. With the help of 25 volunteers, the mayor of “Flavortown” prepared 2,200 meals.

The San Jose Fire Department shared a photo of chef Fieri with the firefighters with the caption:  “It’s a challenging & rewarding experience for our members. Big thanks to @GuyFieri for providing meals to crews at the #DixieFire base camp today.” 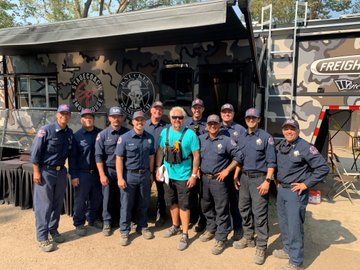 Other departments shared similar photos and expressed their gratitude to this incredible man.

Speaking of his gesture, Fieri said: “There’s a lot of first responders who can’t make it to the base camp. So we sent it to the fire lines. We sent it to a lot of the sheriff’s department and CHP that were out blocking roads.“

Last year, he did the same for the first responders of the Sonoma-Lake Napa Unit of the California Department of Forestry and Fire Protection by preparing 2,774 meals. Chief Fieri was there to offer free meals for the firefighters braving the Santa Rosa fires in 2017, and those participating in the Carr and Camp Fires of 2018.