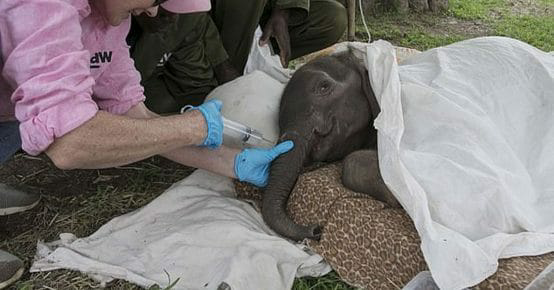 Lost, alone, and having life-threatening in.jur.ies in the drought-ravaged savannah, the future looks bleak for these two orphaned baby elephants.

Kadiki was at.tac.ked by a lion when she was only a day old, with claw wo.u.nds deep into her body and horribly damaged tail. She was too young to be fed by her mother.

In a separate incident in Zimbabwe, a one-month-old baby got stuck between rocks and suffered severe sunburn. Usually, elephant calves are protected from the sun by their mothers. 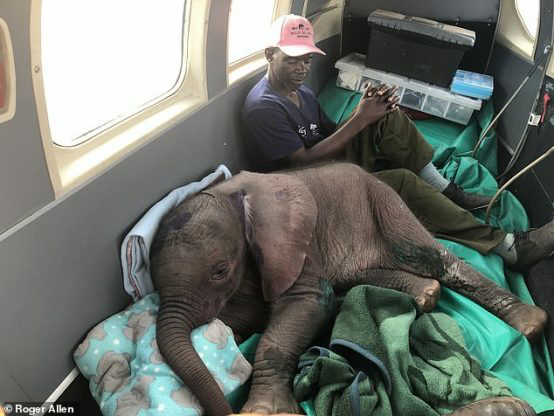 Fortunately, the rescuers found them, and now their ability to survive the hardships – captured in these captivating images – can be trumpeted.

Kadiki and Bumi were brought by veteran animal rescuer Roxy Danckwerts, 53, founder of the Wild Is Life charity and its Zimbabwe Elephant Nursery (ZEN), the country’s only baby elephant sanctuary. Ever since the calves were airlifted to the International Fund for Animal Welfare-supported nursery near Harare, she and her team have been by their side.

Kadiki, whose name means ‘the little one’ in the local Shona language, has had surgery to amputate part of her tail treatment to her trunk. Now about ten days old, she is healthy enough to walk despite being on a drip.

As for Bumi, staff at the nursery say he is now ‘almost unrecognizable’ since arriving, developing a mischievous personality and enjoying playing with tires. 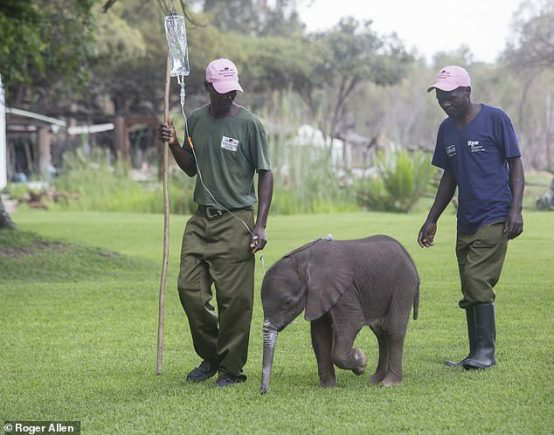 Don’t know what happened to their mother. As with drought, calves can end up alone or i.njur.ed by p.oa.c.hing, falling into ditches, separation from the herd or predator att.ac.ks, IFAW said.

Thanks to a ground-breaking new project between Wild is Life-ZEN and IFAW, the first of its kind in Zimbabwe, they and other rescued elephants have a chance at a whole new future, back again in the wild where they can roam safely with others herds in a large forest reserve, protected from po.ac.hing or hu.n.ting. 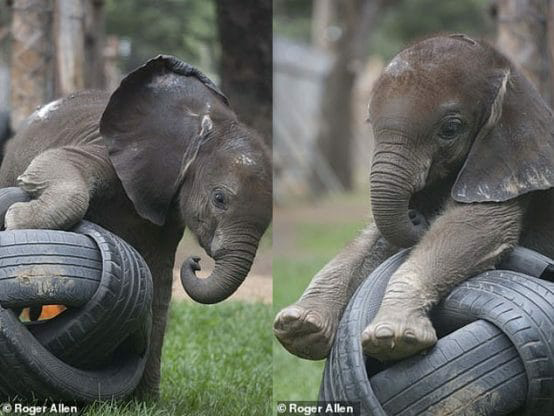 As the rest of the elephant herd in the reserve continues to learn the skills needed to survive in the wild, nine of the original elephant residents, partially rewilded, have been transported 17 hours by road last year to Panda-Masuie, an 86,000-acre forest reserve near Victoria Falls. Together IFAW and ZEN have secured the future of this former h.unt.ing land.

Ms. Danckwerts, who has saved more than 20 elephants over the past five years, said: ‘Elephants are highly intelligent, with physical and emotional needs unmatched in other mammals. 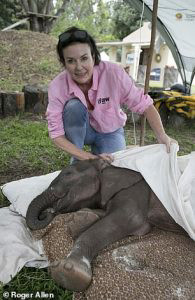 ‘Preserving the big picture is extremely important. Working with IFAW, we are making this a reality and I’m delighted that we can create a lasting legacy of protection together.’

She hopes that Moyo, the first orphaned elephant she rescues, will be able to be a mother to Kadiki and Bumi, who can stay there for two years before being transported to Panda-Masuie, a forest reserve near Victoria Falls to give them a chance to thrive. 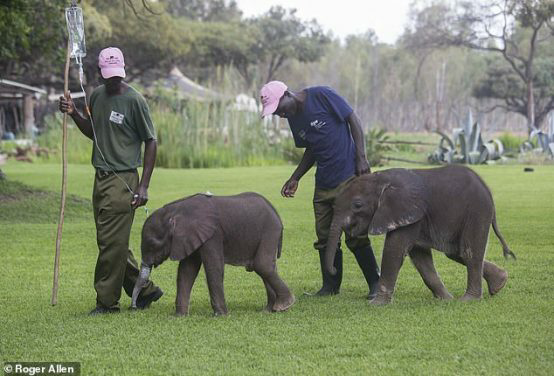 IFAW’s Jimmiel Mandima said: “The progress made by traumatized and damaged elephants shows the incredible relationships between animals and humans and why it is important to give them a chance to thrive.

‘The location of the Panda-Masuie sanctuary opens up a safe passage for both the elephants and the rescued wild herds. The presence of keepers and rangers disrupts traditional po.ac.hing routes, from Zambia down to Botswana, while further protecting these and other animals. ‘ 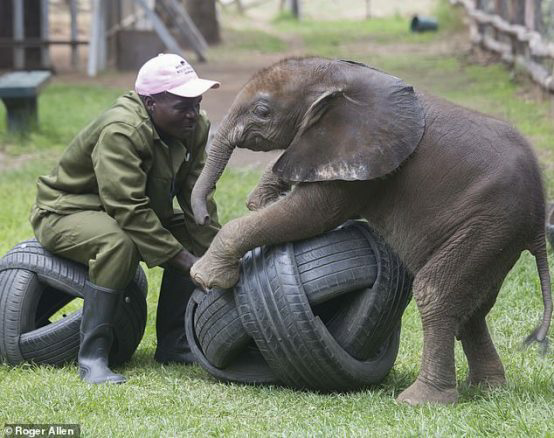 To support IFAW and Wild Is Life-ZEN or find out more about their work, visit ifaw.org and zimbabweelephantnursery.com