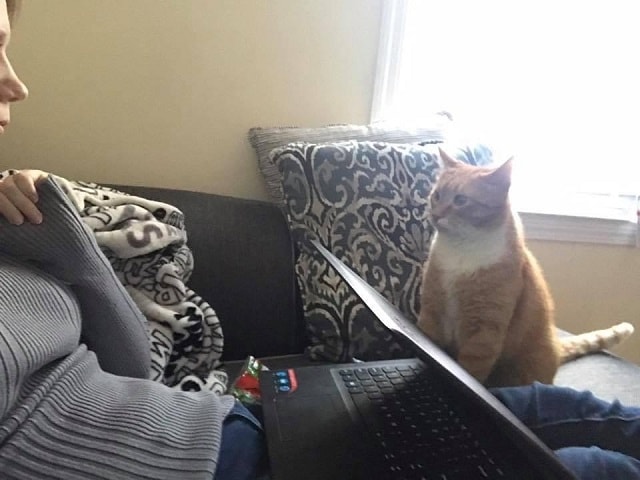 They went ahead and adopted a ginger cat and he wouldn’t stop staring at his human mom and following her around the house.

Wilbur the ginger seems to have made himself the feline supervisor after he arrived in his new home. He simply wouldn’t leave his human mom out of eyeshot, watching her every step of the way. 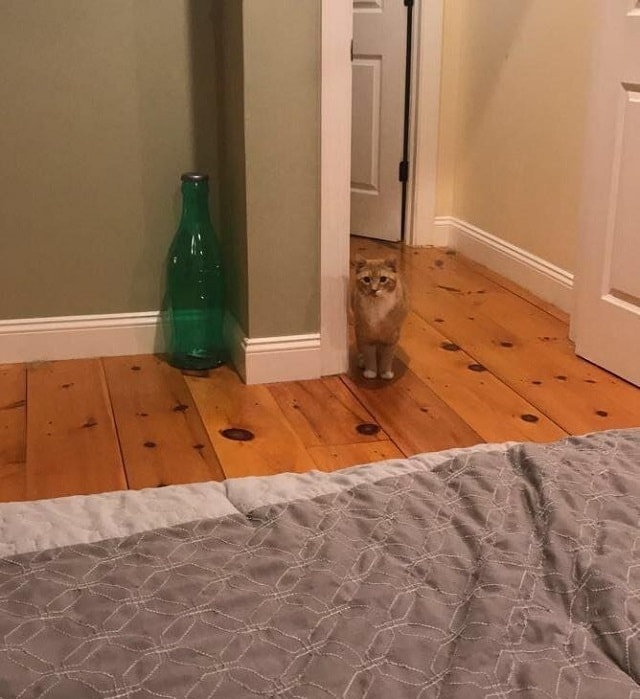 “My newly adopted cat Wilbur won’t stop staring at me. Soon after he came home he started staring. And he follows me around but not my husband,” 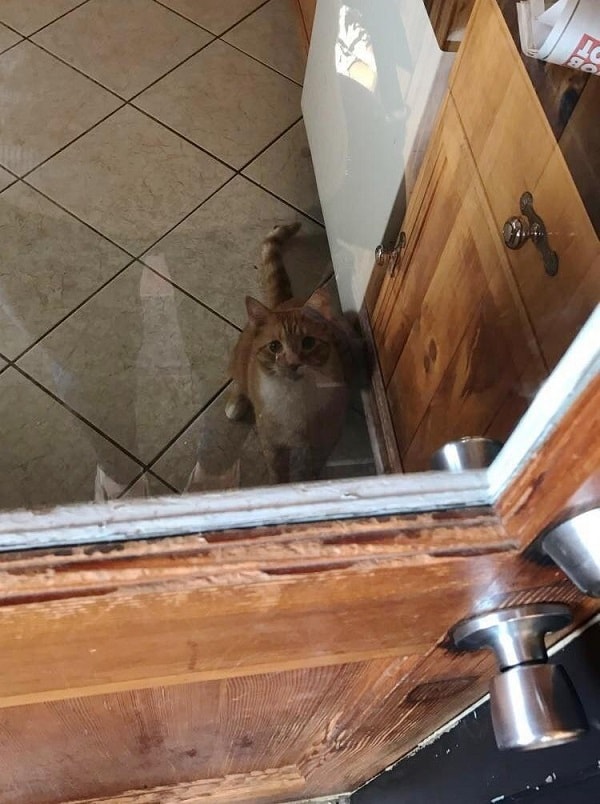 Now every day Wilbur waits right by the door when his mom gets home.

“He must’ve learned the sound of my car. He also does them when I’m leaving for work like I’ve betrayed him.”

When his new mom is using the computer, Wilbur comes over and stares intently.

“He doesn’t want cuddles, he just wants to stare.” 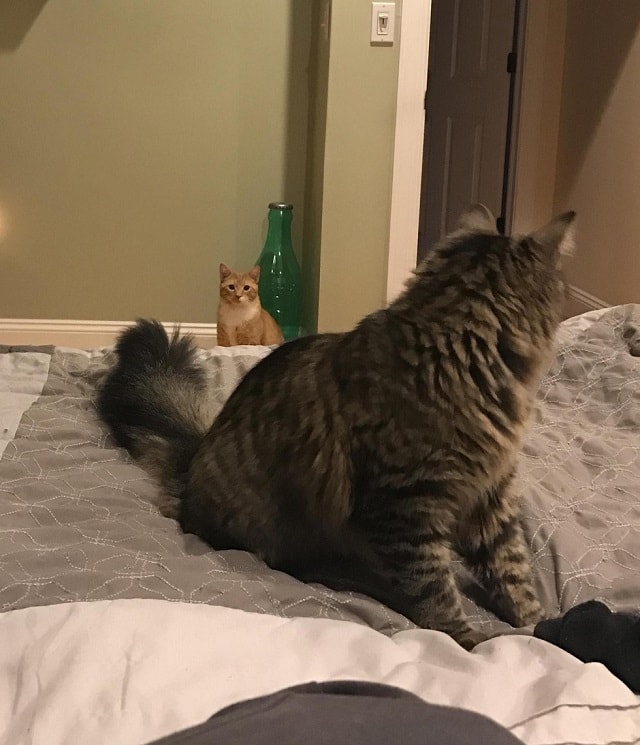 When she is playing around with her other cat, the ginger boy just watches them from afar.

“Perhaps he’s jealous when I hang out with the other cat, Chloe.” 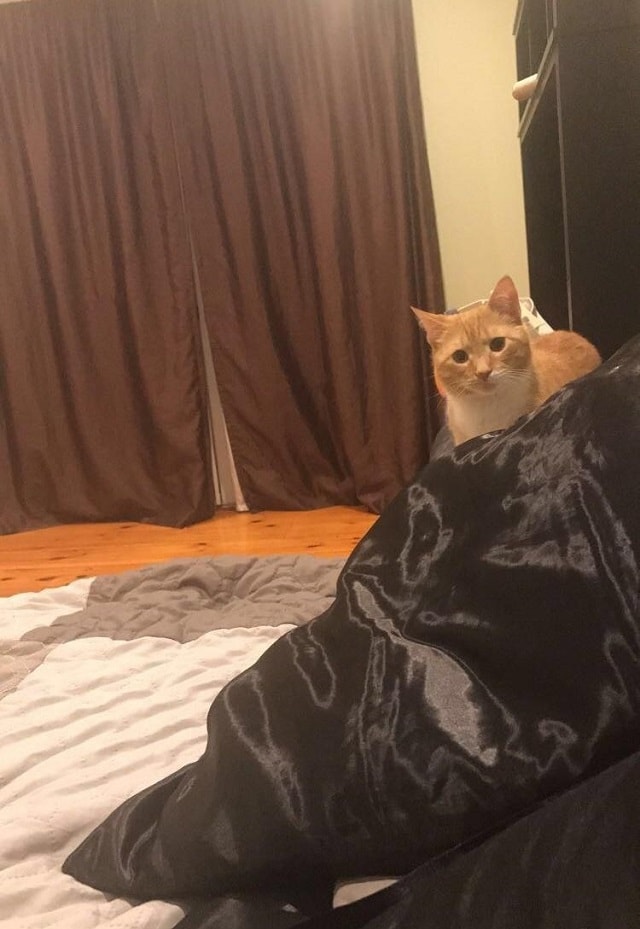 This is just what she wakes up to every morning – Wilbur waiting to hear the sound of the “can opener”.

“I had to put a sweater that smelled like me on the floor beside my bed to convince him to sleep somewhere other than on top of me.” 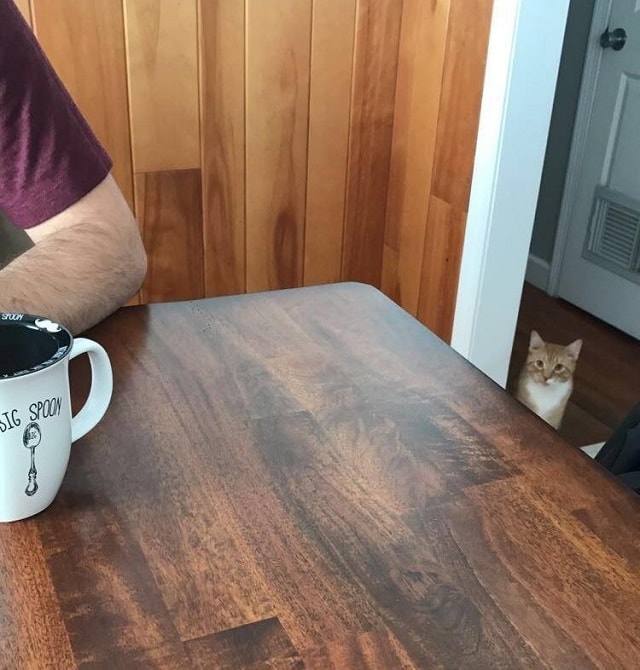 She first thought Wilbur stared at anyone like this but soon to find out she is his only victim!

“Other people to stare at but nope, just me.” 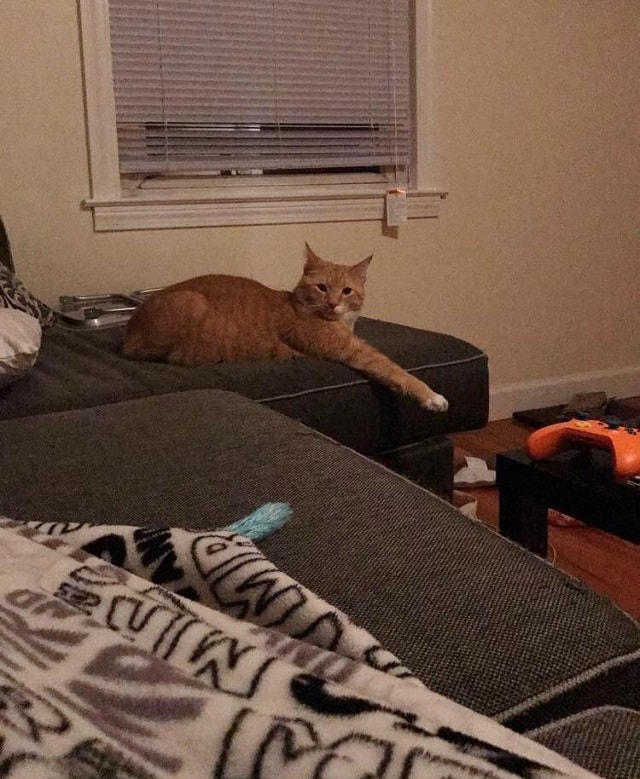 When his human mom tries to watch TV, Wilbur is surely watching her.

“I love him regardless of his creepiness.”

“Not even paying attention to who’s petting him, just staring at me.” 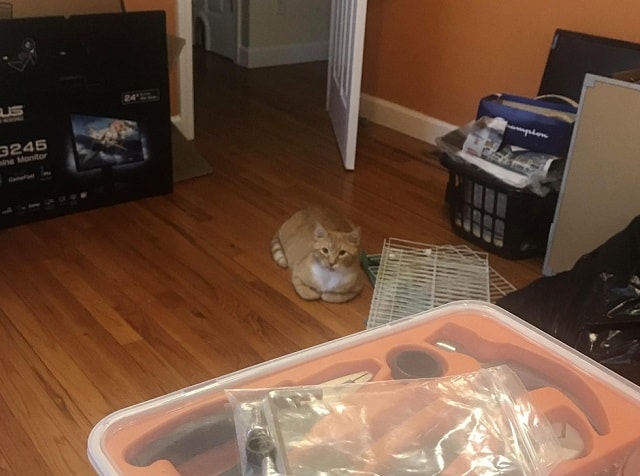 His human mom gave him a brand new, loving forever home, now he can’t stop staring at her. 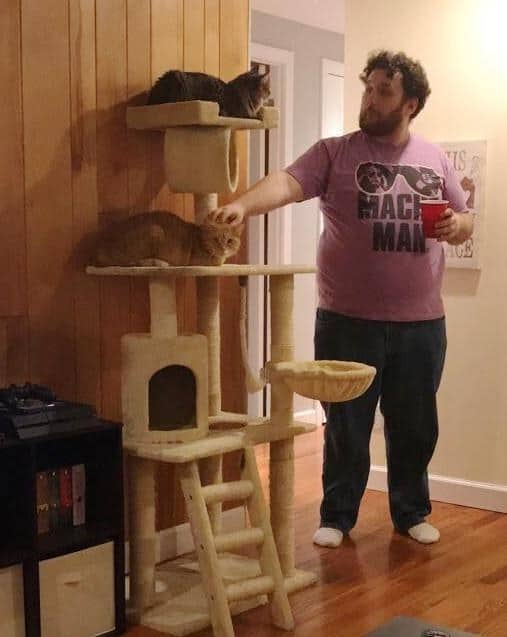