Cat Owner Sent to Jail After Refusing to Give Up His Pets! 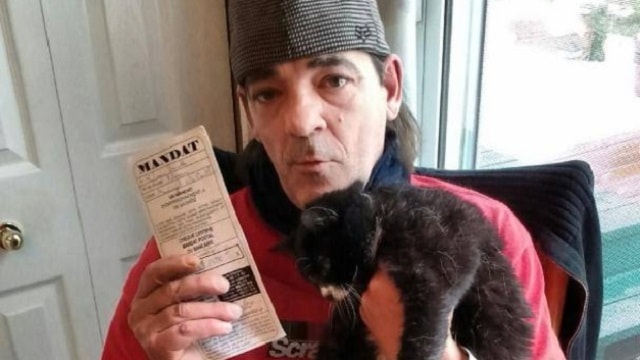 CANADA – A Quebec man is currently vowing to keep his six cats, despite actually being sent to jail after breaking a local bylaw that says he’s allowed only one cat at a time.

Sylvain Brunette, who is 54, spent a total of four days in Quebec’s largest provincial prison earlier this month after he refused to pay fines totaling over $1,000 for owning too many cats.

A total of 5 cats too many!

Brunette’s trouble with the law didn’t start until he moved to Franklin, Que., which is a municipality of 1,700 people about an hour south of Montreal.

Five years ago, Brunette rented a home in the country, where he moved with his six cats. All of the cats were neutered. Initially, three of them spent some of the time outdoors, but shortly after moving, he decided to keep them all inside.

He explained that his cats are very well looked after, and that he’s been an animal lover since he was a child.

At the time of his move, Brunette told his neighbor he had the cats, and asked him to let him know if they bothered the neighbor in any way.

That’s the only way Brunette figures the municipality could have possibly found out that he had more than one cat.

In Franklin, residents are allowed a maximum of only one cat.

Over the course of the past three years, Brunette received a total of three fines — totalling $1,208 — for having too many cats and for feeding stray cats.

He never did pay his fines. Beyond the fact he’s on social assistance, Brunette noted that he found the fines to be ridiculous.

“I have no business paying fines for kitties,” he stated. “I find that really stupid.”

He was escorted to jail by 3 police officers

He was then sentenced to 54 days in jail for not paying his fines.

He lived with his cats right up until November 6, when three police officers appeared at his home and transported him to Bordeaux Prison.

Brunette spent a total four days in jail among other criminals.

“I was afraid for my life,” he stated. “These were not good guys.”

His family raised a total of $1,409 to pay for his bail. He plans to pay them back, slowly, over time.

Brunette is currently back at home but says he will not be getting rid of his cats, who are now 16 year old cats.

“I did all of this because I love my cats. I don’t want to get rid of them,” he stated.

The mayor is unaware of case!

When reached on the phone by CBC News, the mayor of Franklin, whose name is Suzanne Yelle Blair, said she was unaware of Brunette’s case.

She added that the village has had problems with stray animals in the past, and that’s why the bylaw was introduced.