Cat Greets His Best Friend After Just a Few Days of Being Separated! 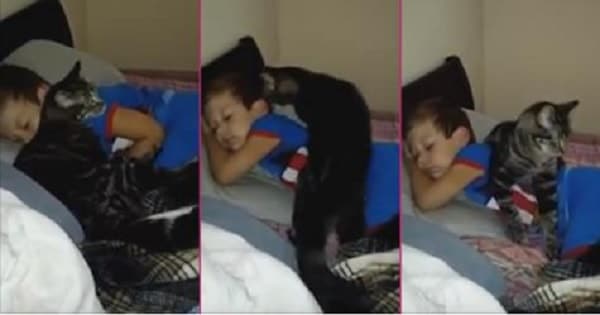 This is one of the very reasons we cat people love our cats so much!

In the video by KJ Mayor just below, you’ll see just how much this sweet and caring cat missed his human brother after just a few days of not seeing him.

KJ Mayor stated: “My cat, Dorian, missed his best friend and my nephew, Cadyn, after he stayed over at his mother’s house for a few days! Too bad Cadyn was already asleep when he came over.”