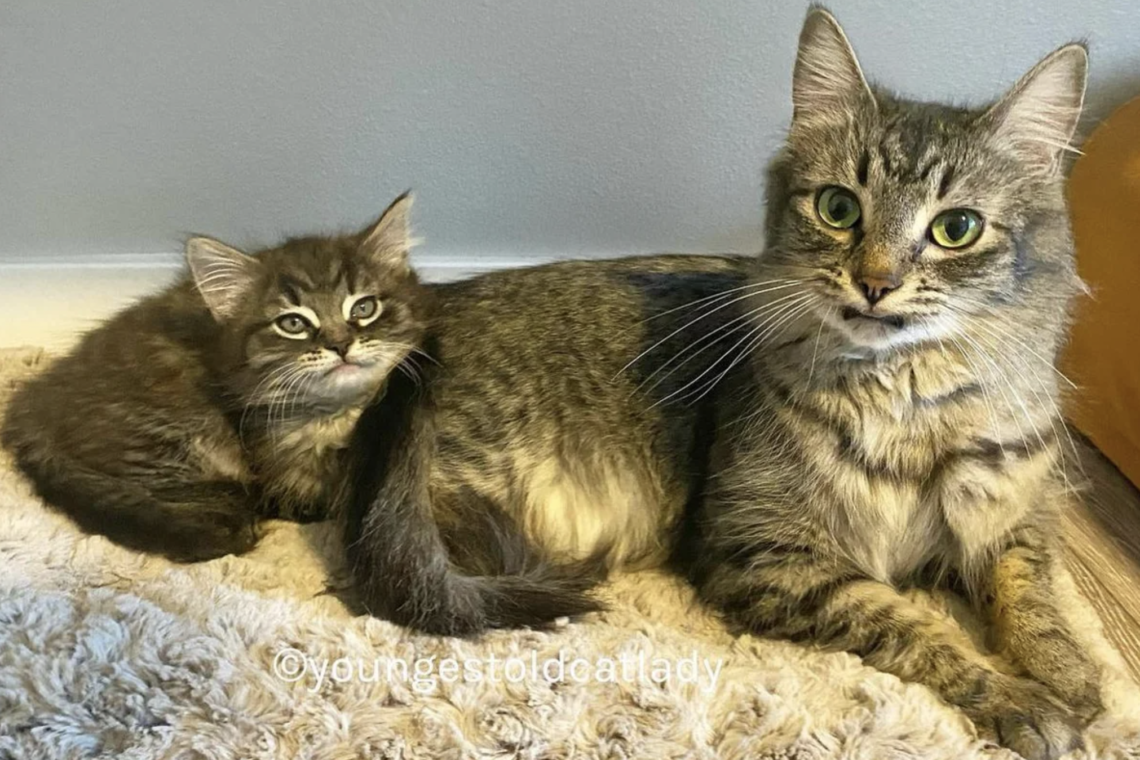 A tabby cat and her only kitten have been inseparable since day one. They are so happy to have their dream come true together. 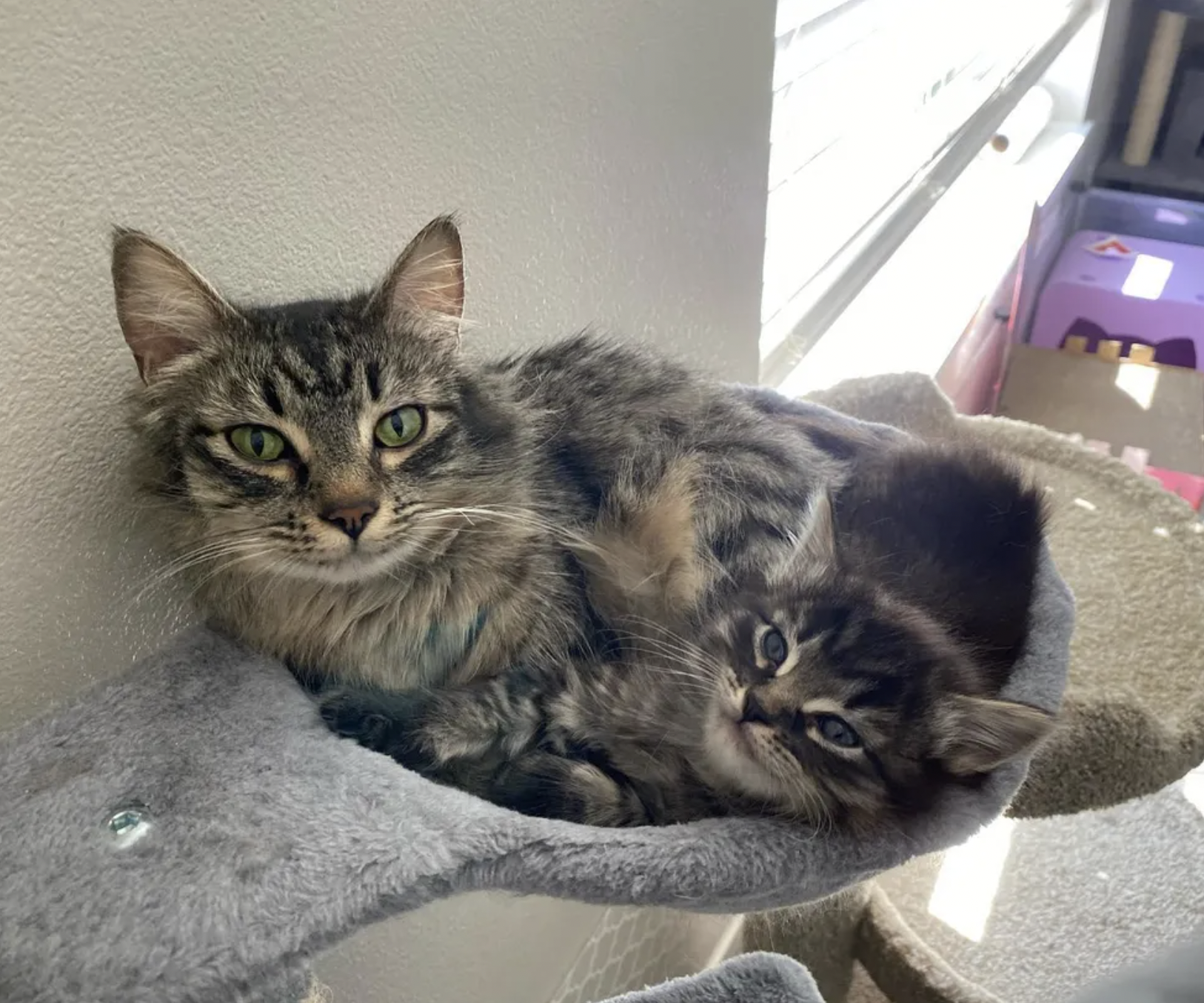 Earlier this year, Ashley Morrison, founder of Ashley’s Kitten Academy (in Washington), took in a mother and son duo that needed a foster home. The cat mom, Scarlet, was very timid and protective of her only kitten who bears a resemblance to her.

Ashley provided a quiet room for the pair to decompress. With plenty of soft blankets and good food, Scarlet began to relax a bit. She kept her kitten close in her arms while she gave him her undivided attention.

“She is a great mom and he is a very plump happy little boy,” Ashley shared with Love Meow. 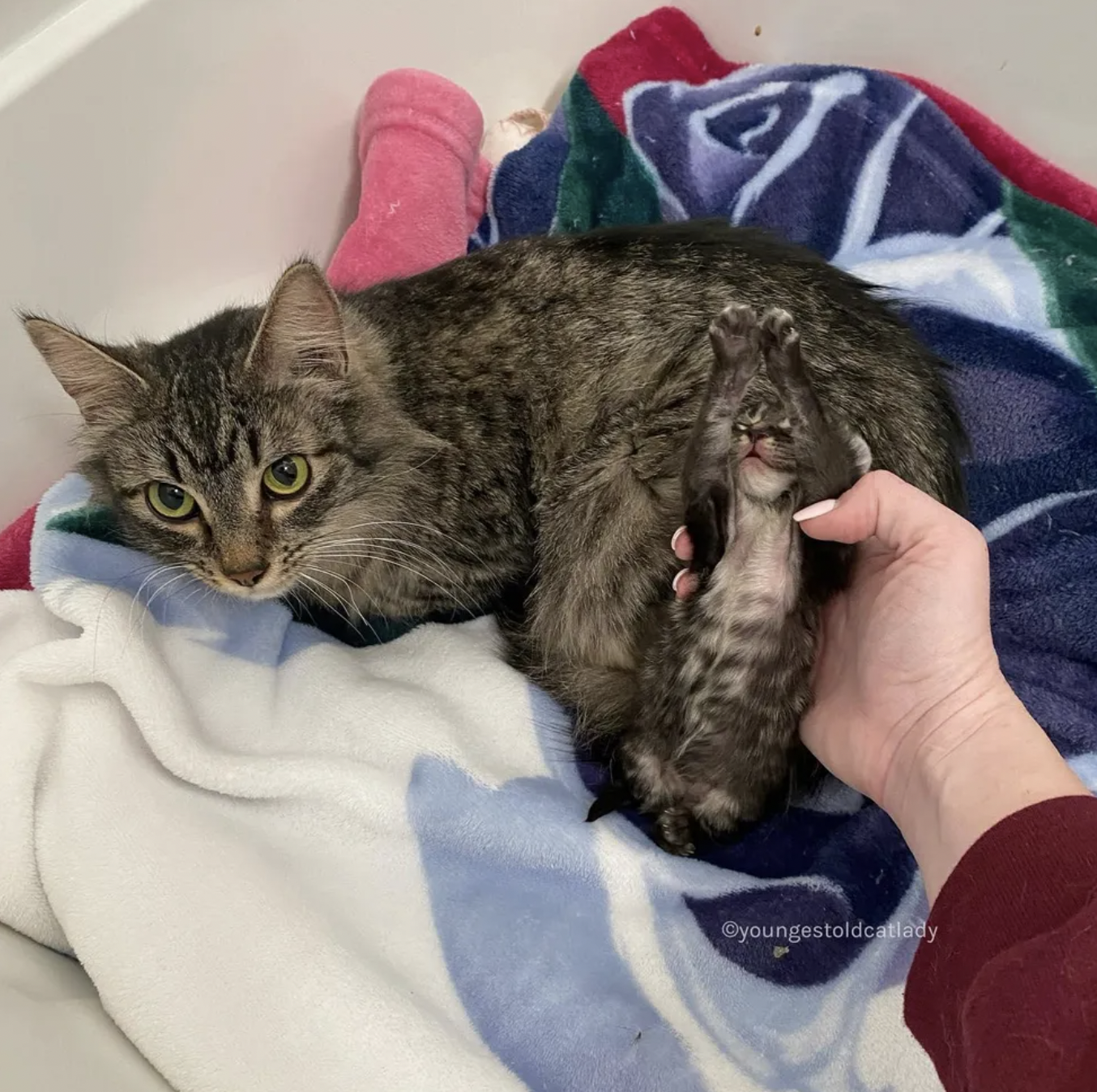 The cat mother felt so much better after getting the medical attention she desperately needed. Knowing that her kitten was safe, Scarlet slowly came out of her shell and even let Ashley assist her with her demanding baby named Scout.

The tabby cat has many quirky, adorable looks on her face as she is missing her upper canines. “We have no clue why, since she’s so young,” Ashley added. 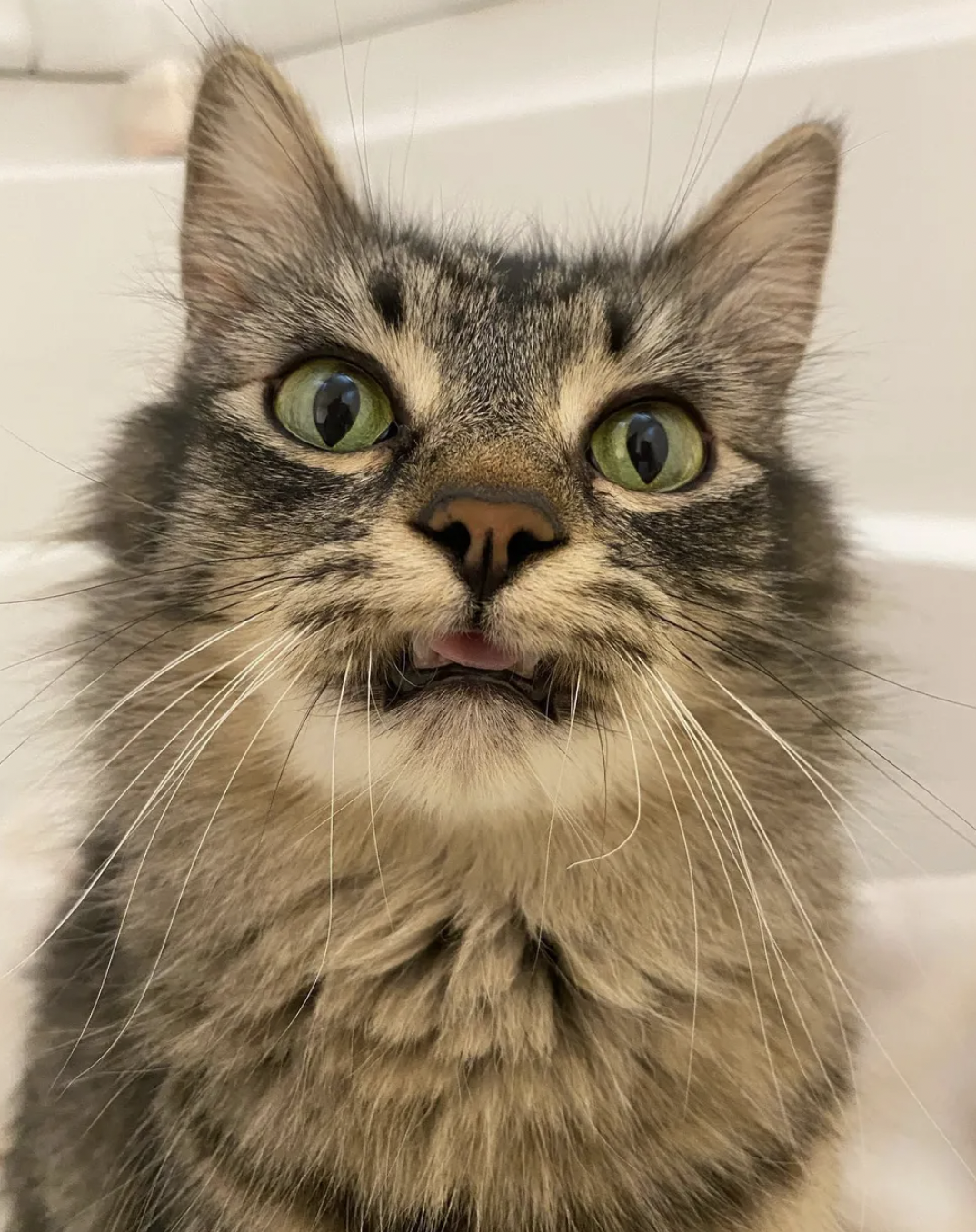 Scarlet has the cutest looks on her faceAshley Morrison @youngestoldcatlady

With unconditional love from the mom, Scout quickly figured out his purr and put it to good use every time he was nursing or getting petted.

Seeing her baby thrive before her eyes brought out the inner kitten in Scarlet. She started to play with toys for the first time, and even brought them back to the nest, so her son could join in on the fun. Scout was completely fearless and his confidence began to rub off on his mom. 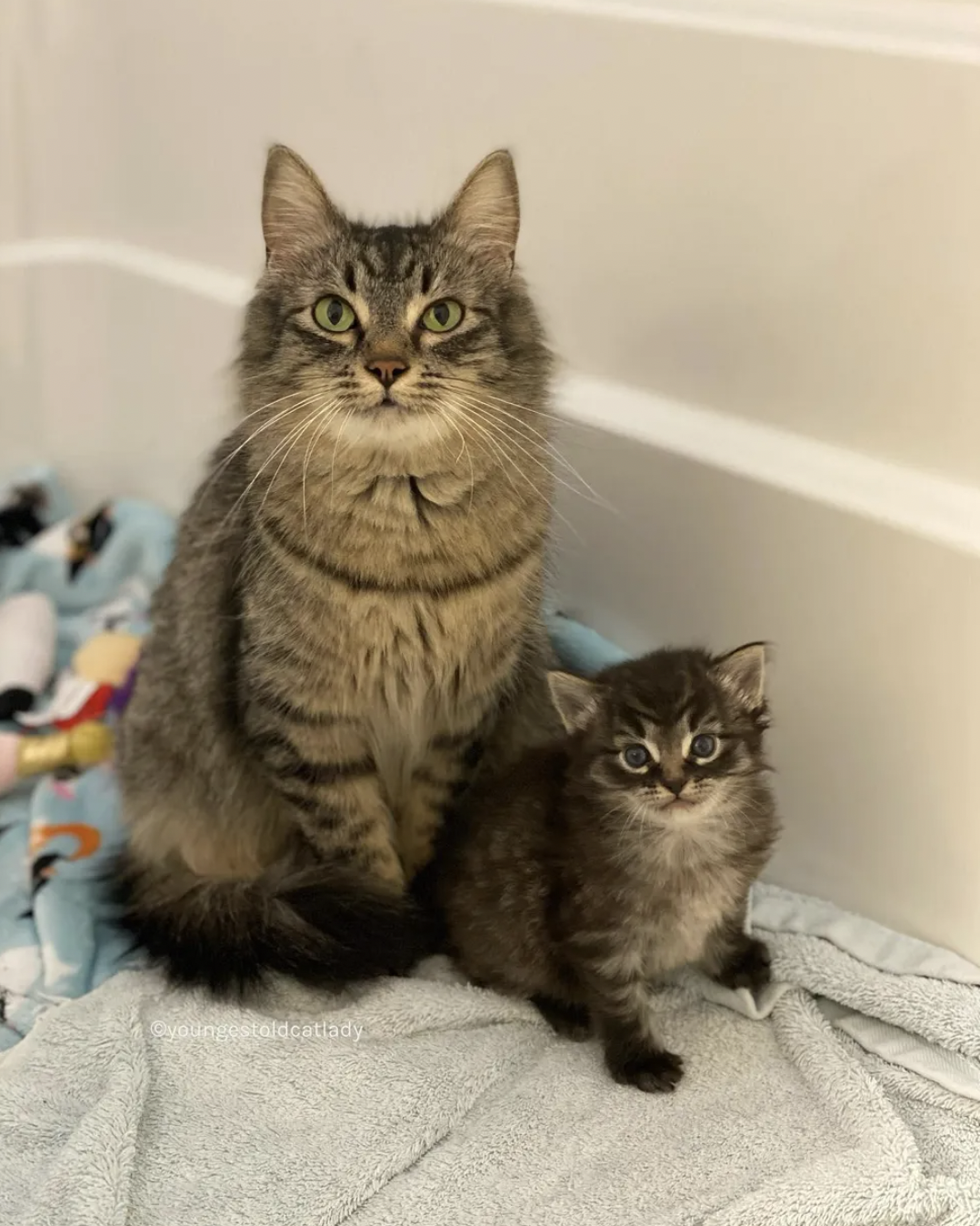 With each passing day, Scarlet became braver and more open to new spaces as long as her kitten was by her side.

When they moved into their upgraded suite, Scout helped his mom settle in by running around, climbing everything he could lay his paws on, and encouraging her to check out their new digs.