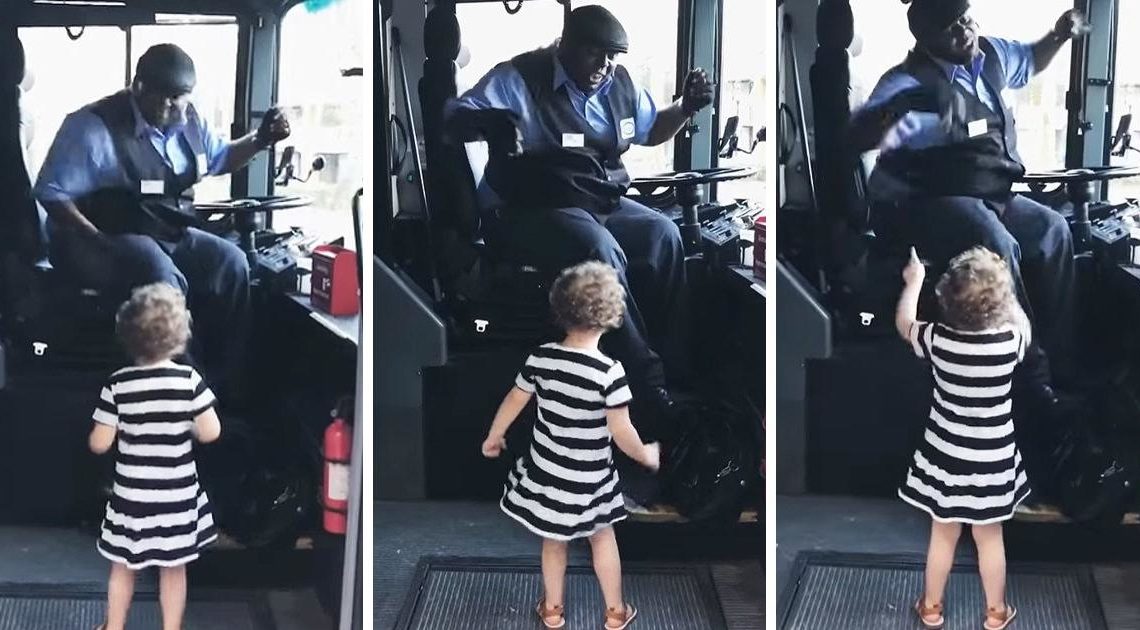 In today’s busy world, everybody has got so little time and somewhere to be. So much so that it’s all too common that the day passes us by and we’ve barely stopped to take in the little moments that life has to offer.

For public transport drivers, keeping to a busy schedule is even more crucial — there seems to be no time to stop and be spontaneous throughout the day when many people’s days depend on your punctuality.

But in this video that was shared in 2020, one bus driver from Florida not only took the time to have a little fun during his shift, he also made one little girl’s day. Thankfully her mom captured the adorable moment on camera. Since then, the clip went viral, bringing smiles to people the world over.

Photographer Brette-Ashley Schmitt was on a trip to Sea World in Florida with her family in February of 2018 when she captured a priceless moment of her toddler daughter Emerson dancing to “Shake It Off” by Taylor Swift with a driver while on the bus.

Schmitt is a professional photographer in Rochester, NY, according to her Instagram profile. As the video’s description details, she and her family took a trip that thousands of families have taken: a visit to Sea World in Florida. While there, her daughter Emerson, an adorable curly-haired blonde toddler at the time, was having a great time. Sunshine instead of snow, excited dancing dolphins and non-stop action. Even a standard bus ride proved to be a whole lot of fun. 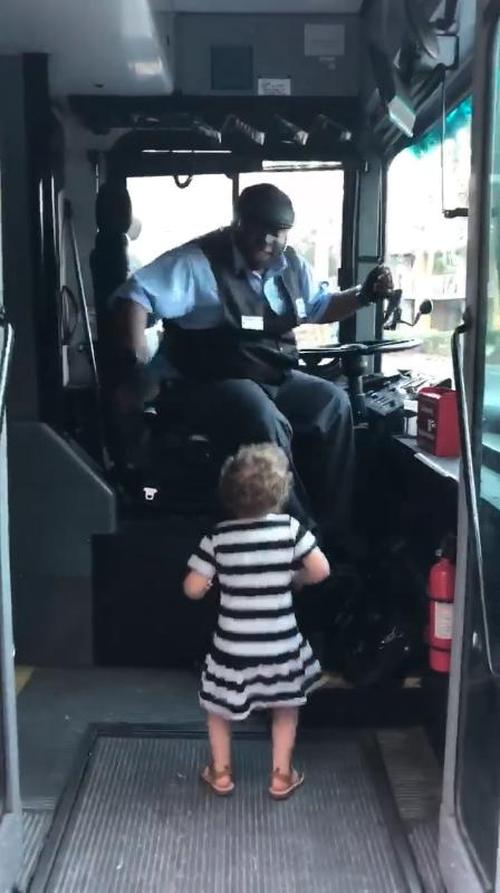 On any regular day, a lot of kids might have been tired by the time they boarded the bus. Maybe they would have been a little hot and grumpy. But not Emerson. In her black and white sundress and sporty sandals, she was ready for anything.

A lot of kids might have been shy, too, in a bus filled with strangers. But as Emerson was getting ready to depart, her favorite song came on the radio, “Shake It Off” by Taylor Swift. If Emerson had been feeling tired or shy, she definitely knew how to shake it off! According to her mom, as Emerson left the bus she exclaimed to the bus driver, “This is my favorite song!”

Well, apparently it was the bus driver’s favorite, too. He cranked up the tune and the two started jamming to the music. The driver put on an impressive in-seat performance as he grooved to the beat. Emerson jumped and twirled and wriggled in time to the lyrics.

Judging by the reaction that the video has gotten from the public, it’s clear that it wasn’t only Emerson’s day that was made. With over 305,000 views on YouTube, the video spread quickly online. One commenter wrote:

“This man deserves the Man of the Year Award. That was awesome.”

“Humanity at its finest. Love how passionate he is entertaining that sweet little princess.”

One person wrote, “I hope that bus driver knows he made our day with his moment of kindness,” while another added, “I’m 100% certain that made the driver’s day too.” 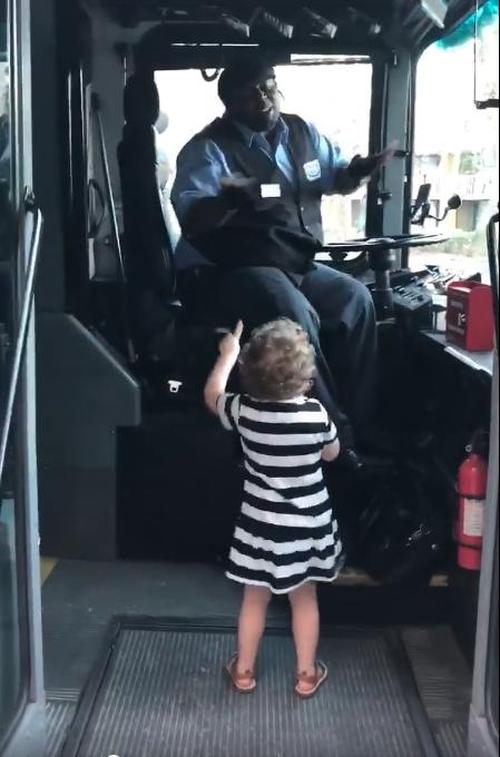 The brief, sweet bond between the toddler and the driver warmed hearts around the world. It also meant that the hunt for the driver was on. Schmitt didn’t have a lot of information to share about the incident, other than it occurred two years after their Sea World visit. But folks on the internet gave her a hint that the kind-hearted bus driver was named Fred Holly.

At the time, she reached out on Instagram to see if Holly was really the dancing driver, promising to let followers know soon. “I’m sure he has a crazy schedule to keep but he stopped everything and blasted the music as loud as he could and well… they both jammed out to Taylor Swift,” Schmitt wrote on her post.

But in a sad turn of news, the mom posted to her Instagram in March of this year to announce that Holly had passed away. She posted the video again and wrote:

“Today I found out that Fred Holly passed away. My heart is heavy. He was truly an angel on earth. Fred had a heart of gold. His smile and joy was truly contagious. I feel incredibly blessed that our lives crossed paths. Rest In Peace friend 💔 #rip #beautifulsoul”

Commenters sent their condolences and one person wrote, “Heaven has gained one sweet man.” In honor of Holly, let this video be a reminder that taking time out of one’s day to dance or be spontaneous is really good for the soul. It won’t just warm the hearts of yourself or those directly around you but it could touch people all over the world.

Have you seen anything as cute as this? Pass this along to your friends and family to put a smile on their faces too.