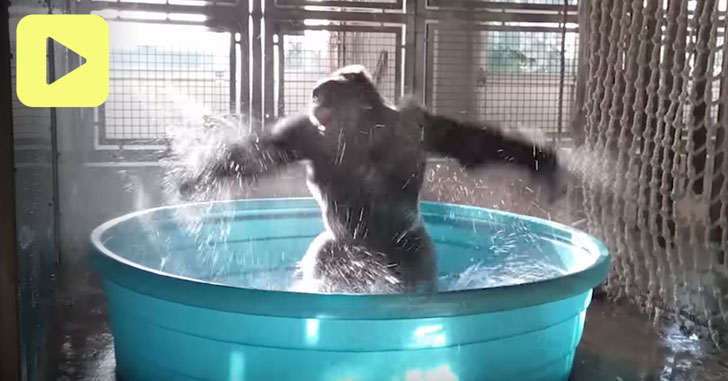 Is there a Flashdance remake in the works because this big break-dancing ape would be an awesome casting choice.

It must have been really hot that day in Dallas because when they gave Zola the gorilla his own pool he wasn’t holding back his excitement. At first he was just splashing around but seconds later he was in full on professional dancer mode. I was just thinking how someone should dub the song “Maniac”over this but it turned out Internet was way ahead of me.

Scroll down for the enhanced version of this truly awesome video

I added some music to this. pic.twitter.com/UwjhTKpaeu