Brave man jumps 25 feet off bridge to save toddler thrown from car in multi-vehicle crash – thank you! 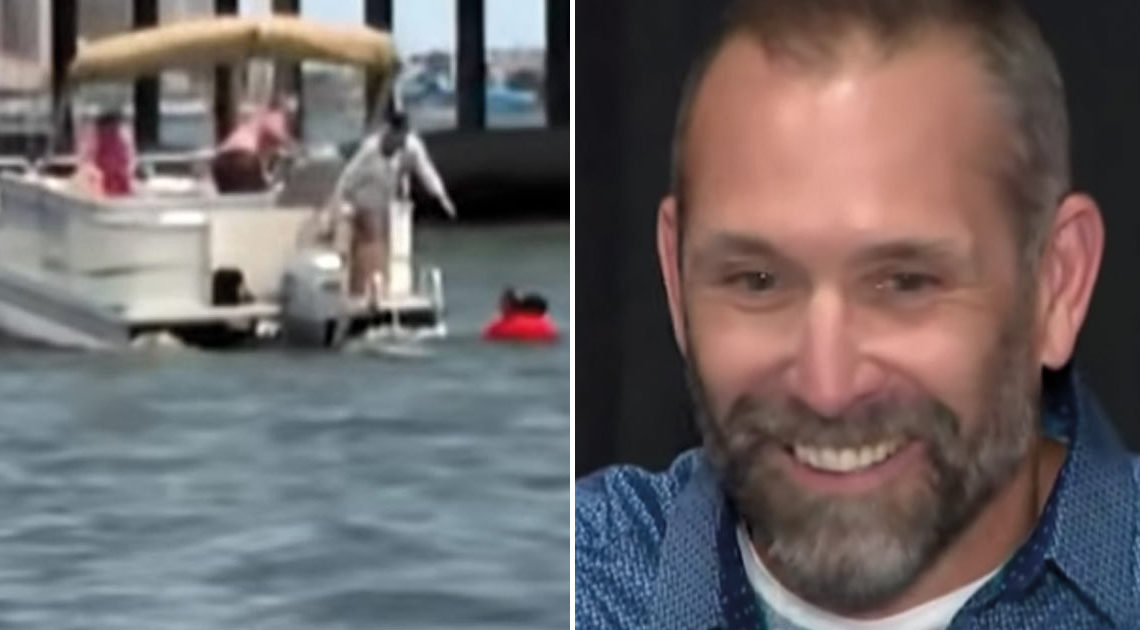 When Jonathan Bauer decided to take the longer but scenic route home from work with his 13-year-old daughter, little did he know the catastrophic events that were about to follow and the heroic role he would play in it all.

But as he crossed the bridge over Assawoman Bay in Ocean City, Maryland he was involved in a multi-vehicle crash.

“Then [he saw] the truck swaying back and forth like someone was losing control and trying to overcompensate,” he added. 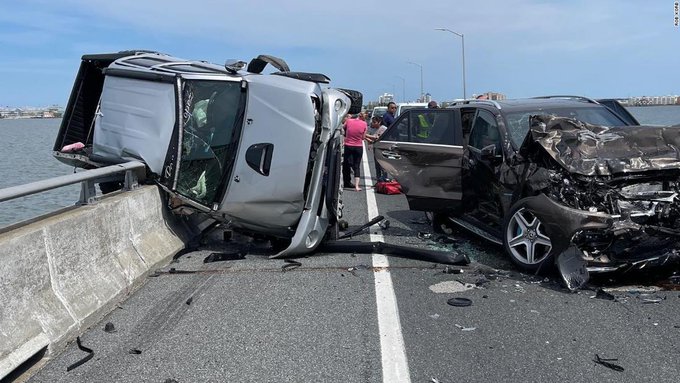 Bauer then witnessed the horror of the truck hitting a barrier and flipping halfway over the rail.

He tried to swerve out of the way but still got hit causing windows to smash in his car and his daughter to be showered with glass.

After checking on his daughter who was surprisingly okay he saw the truck driver trying to get out of his truck but gravity kept forcing his door shut.

By the time Bauer reached him he’d managed to free himself and without saying anything the driver pointed into the water about 20-25 feet below.

“He just pointed down at the water and when I looked over I saw the car seat and then about six feet away from the car seat was a little girl,” Bauer said.

“She was on her back, completely floating, head completely out of the water, arms moving, legs kicking, and a little pink dress.”

He looked for any boats nearby and there was none, at which point he noticed the girl had flipped over and was now in the water with her face down.

Bauer knew he had to act fast so shouted to his daughter to stay with the car and grab a first responder while he jumped into the water to rescue the toddler, he added.

His daughter broke down describing the moment her father jumped into the water as the “scariest moment of her life.”

Bauer jumped feet first into the shallow water suffering no consequences of jumping from such a height.

He then swam over to the little girl, lifted her from the water, and placed her high up on his shoulder, aggressively patting her on the back until she started coughing up water.

Thankfully a boat then arrived to take the pair to shore.

His wife Wendy was visibly emotional describing how proud she was of her husband but adding how surprised she was that he jumped considering he’s scared of heights.

“He would never go on the Ferris wheel with me, I can say that,” his daughter added.

Eight people were taken to local hospitals that day and the 2-year-old girl was flown to Johns Hopkins in Baltimore following the crash which left the bridge closed for six hours, as per Ocean City Today.

Jonathan said he wanted to go public to thank the emergency crews who showed up at the scene.

Ocean City Mayor Rick Meehan made Bauer, Ava and his wife honorary members of the EMS. Bauer was also presented with a plaque for his heroic efforts.

“Jonathan’s truly a humble hero and that’s what makes this even more special than it already was,” Meehan said, as per Ocean City Today.

“This is a day of thank-yous. This was a really tragic accident … the ending of the story is everyone is okay, and they’re okay because of everyone in this room.”

None of us know how we’d react in such a situation. I cannot imagine how terrifying it would have been to jump off that bridge but Jonathan knew he had no choice if he was to save the girl, he is a true hero.

Help us congratulate this amazing individual by sharing this story.