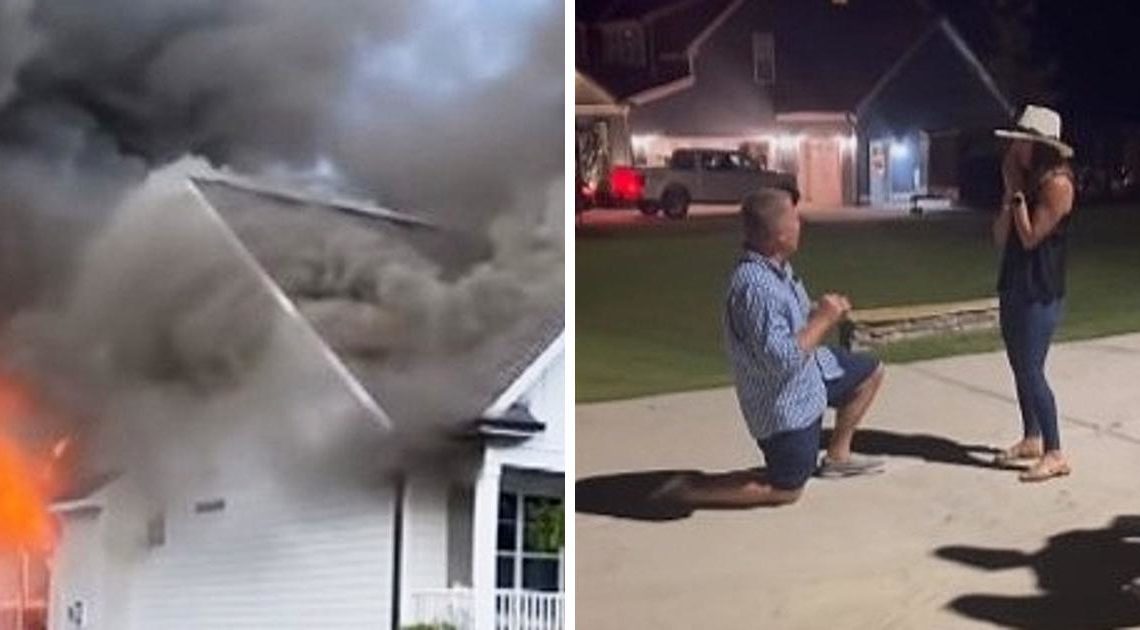 Tragedies can strike when we least expect them, but sometimes there is good that can be made from the situation. One man seized the opportunity to propose to his girlfriend on the day their house caught fire. Sean Matthews and Kellie Stanley from North Carolina have been together for over seven years, and on the one-year anniversary of living in their new home, Matthews planned to propose. He even had the ring ready to go for the special occasion.

On September 4, 2021, the couple’s lives took an unexpected turn when their home caught fire while they were out having dinner. While at the restaurant, Stanley got an alert from the home’s security system that someone was at the door. It was their neighbor and she was frantically yelling that the back of their house was on fire. Immediately, Stanley gave the neighbor directions on how to unlock the garage door so she could rescue their elderly dog, Memphis.

Memphis was saved and no one was hurt, but the home sustained serious damage. After the firefighters were able to put out the flames, they allowed the couple to go in and search for any remaining belongings. Matthews immediately knew what he was looking for, and incredibly, he found the engagement ring among the wreckage.

After going through such a horrifying event, Matthews decided he didn’t want to wait any longer to make Stanley his fiancee. He proposed to her right in front of their burned-down house. Stanley said yes and they were able to move forward and face their struggles together as an engaged couple. Keep reading to learn more about this unique proposal. 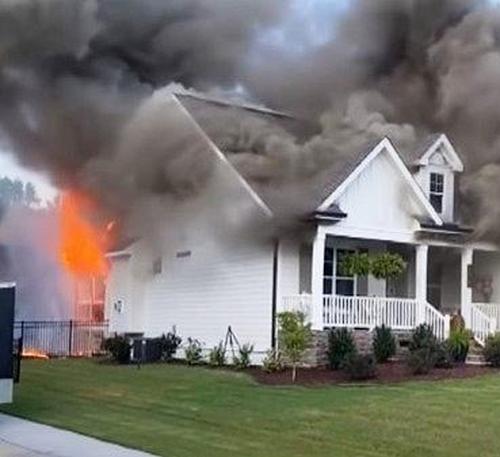 Some might think that proposing right after your house is destroyed is a strange time, but for this couple, it meant making a promise to face the tragedy together. The moment Matthews proposed was caught on video and he can be heard saying: “We’re going to get through this as fiancés or more. This was our house, but we’ll have another one.”

Stanley opened up about the struggles in the aftermath of the fire with WUSA9 News. “Nothing puts your life in perspective like driving out of your driveway with just the clothes on your back and your dog,” she said. Memphis’s life was saved by the good samaritan neighbor who ran into the burning home and rescued him.

Sometimes, going through a terrifying event can put your life into perspective and make your priorities very clear. When asked why he decided to propose on the night of the fire, Matthews said, “I felt very strongly that I wanted to leave with her as my fiancée.”

The proposal ended up being exactly what Stanley needed at that moment. “It turned the night around,” she shared. Even though it was a terrible tragedy, Stanley also added: (The fire) one hundred percent brought us closer.” Adversity can bring out the best in people, and it definitely did for this couple.

The ring surviving the fire without getting ruined or lost was special, but what matters most to Matthews is that his fiancee and beloved dog Memphis are safe. “It’s cliché to say that things are just things but it’s the god honest truth,” he told the news team.

What do you think of this spontaneous proposal? What would your reaction be? Let us know and be sure to send this along to your friends and family.