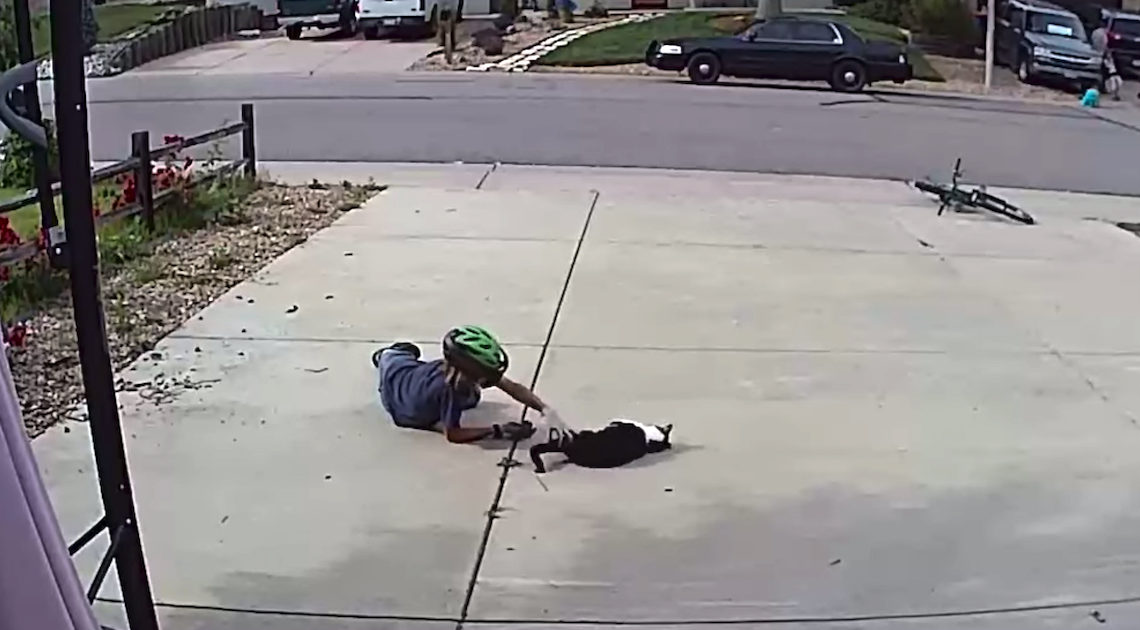 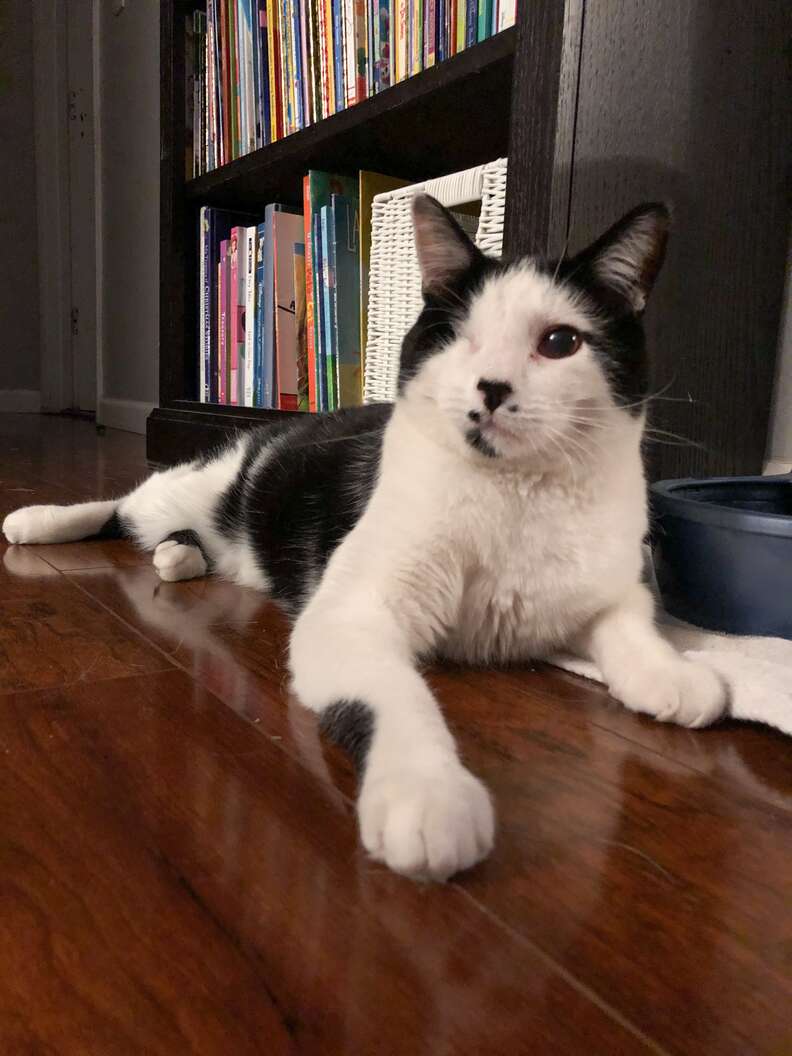 Ace is beautiful on the inside and out, he lost his eye shortly after being rescued as a stray due to an infection.

Despite this not slowing him down at all, it does mean that he is often misunderstood by people that meet him due to his appearance.

“He can sometimes seem scary, especially to children,” said Ace’s human, Norma Maikovich to The Dodo. “People are often hesitant to greet him.” 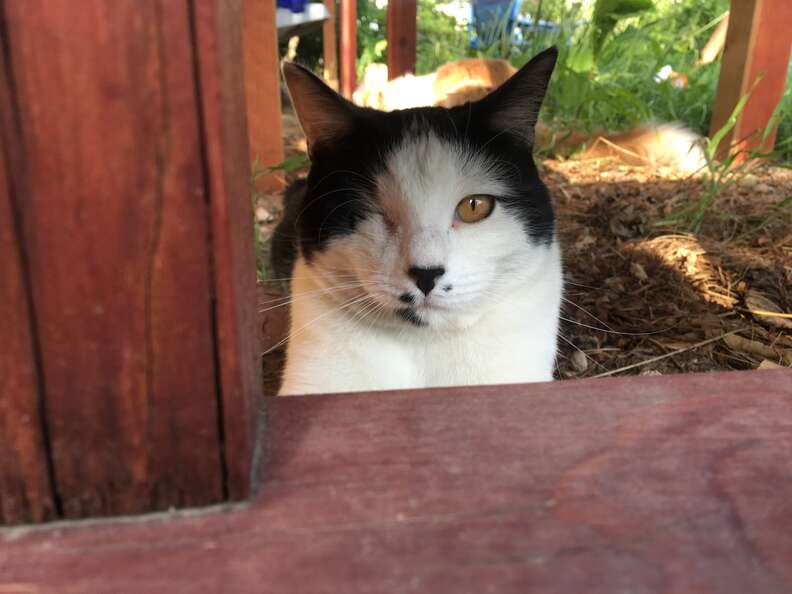 But that statement is not true of all children, as she soon found out after checking the home security camera and finding a beautiful friendship blossoming.

“When looking at the footage, we noticed one particular boy tends to visit almost every single day,” Norma said.

The young neighbor visited the misunderstood ‘scary’ cat every day, and the pair built a beautiful relationship.

Here’s a video of one of the visits:

The cat’s family was touched to see Ace had made a friend who can see past his external looks.

“It melted our hearts, not just seeing how much Ace loves this boy, but how familiar they were to each other!” said Norma. “Sitting by the front door, as soon as Ace sees his friend, he rushes out to greet him. It’s awesome, this bond they share.” 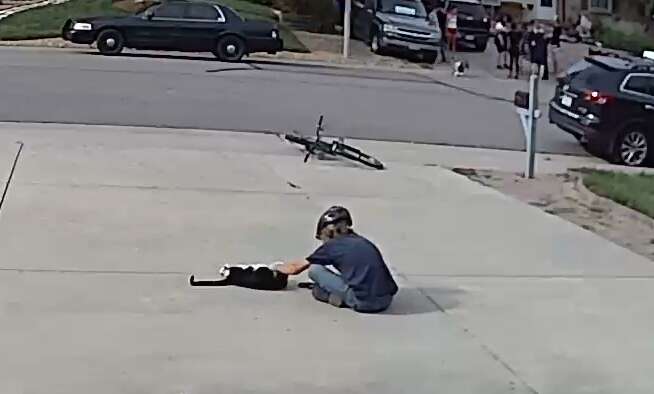 Norma approached the boy to let him know he is welcome at any time!

“A friend of Ace’s is a friend of ours,” she said. “Once we realized that they were fast friends, it made us really happy.” 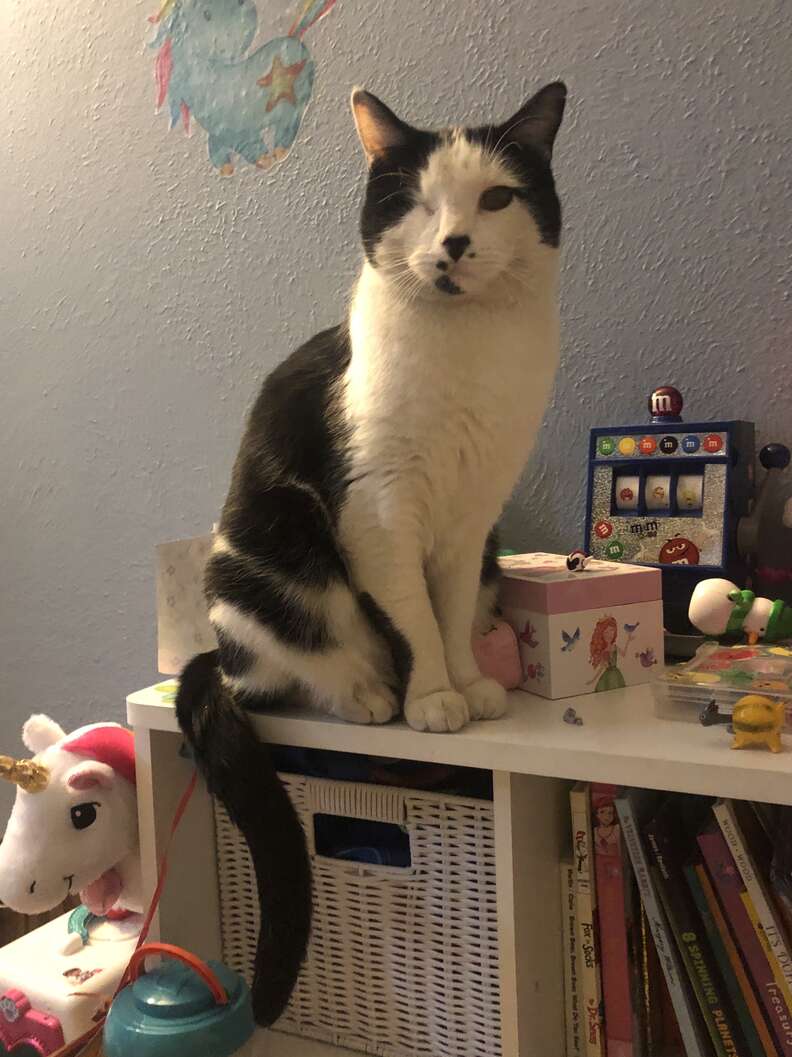 It’s a beautiful thing seeing such a young boy seeing past what makes Ace different to see who he truly is.

“Ace isn’t a scary guy, and it just goes to show that appearances aren’t everything,” said Norma. “Seeing the footage of Ace and his buddy really proves that when given the chance of life and love and a family, animals with special needs and handicaps are worth it too.”