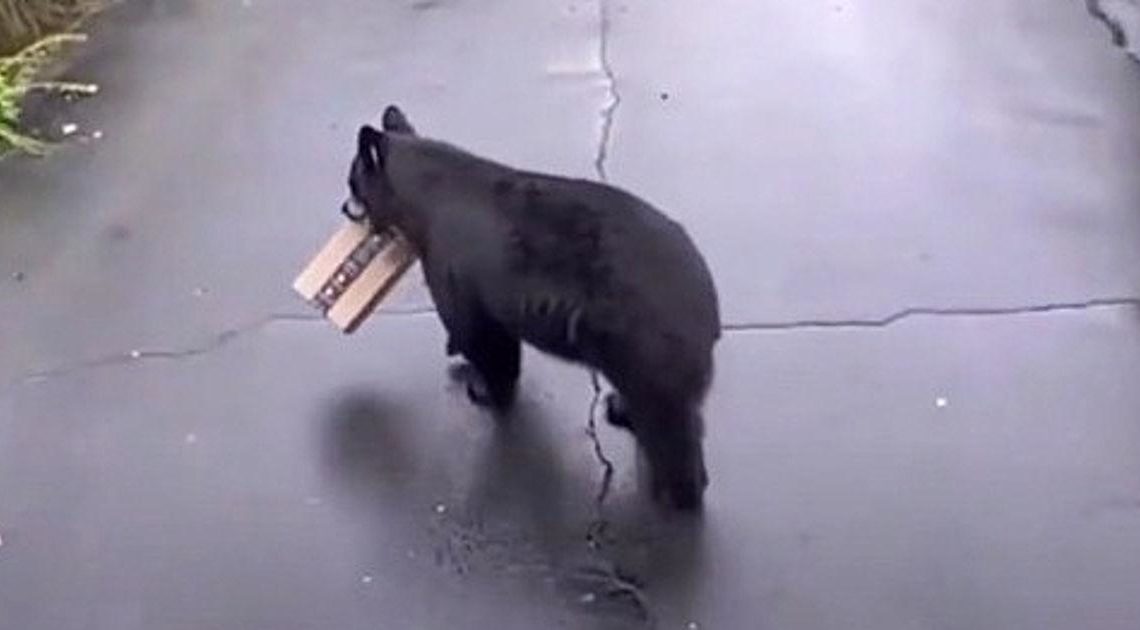 We’ve all been there: you order something you either desperately want or need from Amazon and patiently wait for the day it will finally show up on your doorstep. It’s a moment of pure bliss to finally open up the parcel and receive all the goodies inside. For one woman in Connecticut, she had to wait a bit longer to get the contents she ordered after someone stole her package from her front step. Fortunately, she had security cameras outside of her home that managed to catch the culprit in the act: a black bear.

On Aug. 23, 2021, Kristin Levine of Bristol, Connecticut, received a number of security alerts that there was someone in her driveway after her Amazon package had already been dropped off. However, it wasn’t a lingering delivery driver or a nosey neighbor that caused her security system to alert her. Confused, Levine checked on the situation, only to discover that a black bear had stolen her package straight from her front steps and had carried it in his mouth as he took a leisurely stroll through her neighbor’s yard.

While most people would be horrified or angry to find out that someone had stolen something from them, Levine couldn’t help but find the entire ordeal extremely funny, along with many other people around the world. The hilarious footage of the thief in action has since made its way to the internet and gone viral, bringing some comedic relief to anyone who may need it. Since most people typically love videos of cute animals performing silly tasks, it’s easy to see why everyone has gotten a kick out of Levine’s security footage. 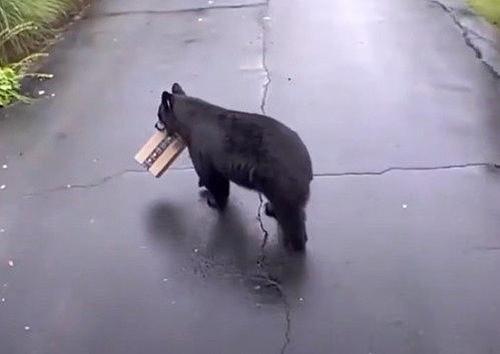 Rather than be upset that her Amazon package had been stolen, Levine couldn’t help but find the entire situation absolutely hysterical. Speaking with NBC Connecticut, Levine explained that she received an alert from her security system about five minutes after her Amazon package had been dropped off on her front steps. After getting a second alert, Levine said she was “taken aback” on account that she was not expecting anyone else to be in her driveway or her yard, and so she began her investigation.

According to USA Today, the bear carried the package in its mouth and held onto it before dropping it off in a nearby neighbor’s yard. Levine mentioned that it seemed like the bear had no interest in the contents of the parcel: several rolls of toilet paper. “It was hysterical, like I said,” the Connecticut woman explained. “I knew nothing in there was going to be irreplaceable, so it was a fun afternoon for sure.”

Levine thought the situation was so funny that she uploaded it to Facebook on Aug. 23, 2021, in a post that has since gone viral. “Yea so if anyone sees an Amazon package in the Chippens Hill area with my name on it… feel free to bring it back,” she wrote. Her video showcased the bear slowly walking away from her driveway with the parcel still in its mouth. Since then, people have been flooding the comment section comparing the bear to the bear from the Charmin toilet paper commercials, as per USA Today. However, it seemed like this bear was far less enthusiastic about toilet paper compared to the blue bear in the Charmin commercials.

What did you think about this hilarious story? What would you have done if you were in this situation? Let us know, and feel free to pass this on to your friends and family members, too!