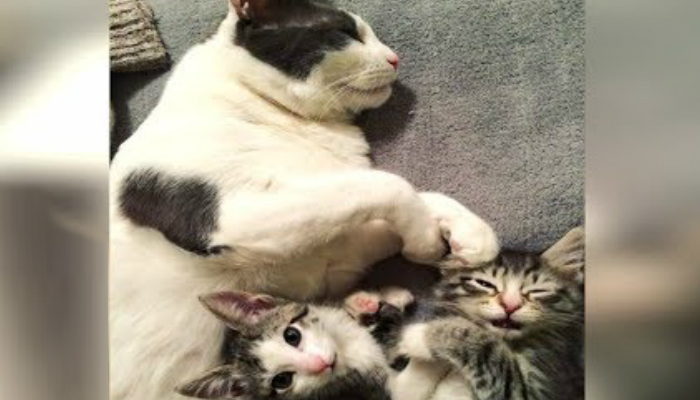 This cat is the world’s best dad to his foster kittens and he is aggressive in a very loving way! His name is Charlie, and with his human mom has fostered dozens of foster kittens – and it’s not always easy.

Charlie is currently looking after a feral kitten called Boing who is the most aggressive kitten that has been cared for by this family. He needed medicine but wouldn’t let his foster mom get anywhere near him to administer it.

Then Charlie decided to take on the task and sure enough Boing was reassured by the bigger kitty and he soon came out of his carrier purring.

Without Charlie, Boing would have had difficulty adjusting to a life with humans and he is now up for adoption thanks to this caring, if slightly aggressive, feline foster parent.