Barely escaping the dog with his life he hides in the woods, stranded, unable to walk, shaking in fear as he cries for help!

A WOUNDED STRAY CAT RUNS INTO THE WOODS IN PAIN AFTER BEING ATTACKED BY A DOG.
Stranded, unable to walk out, and shaking in pain passersby hear his cries for help and thankfully take pity on the poor cat who is hovering close to death. 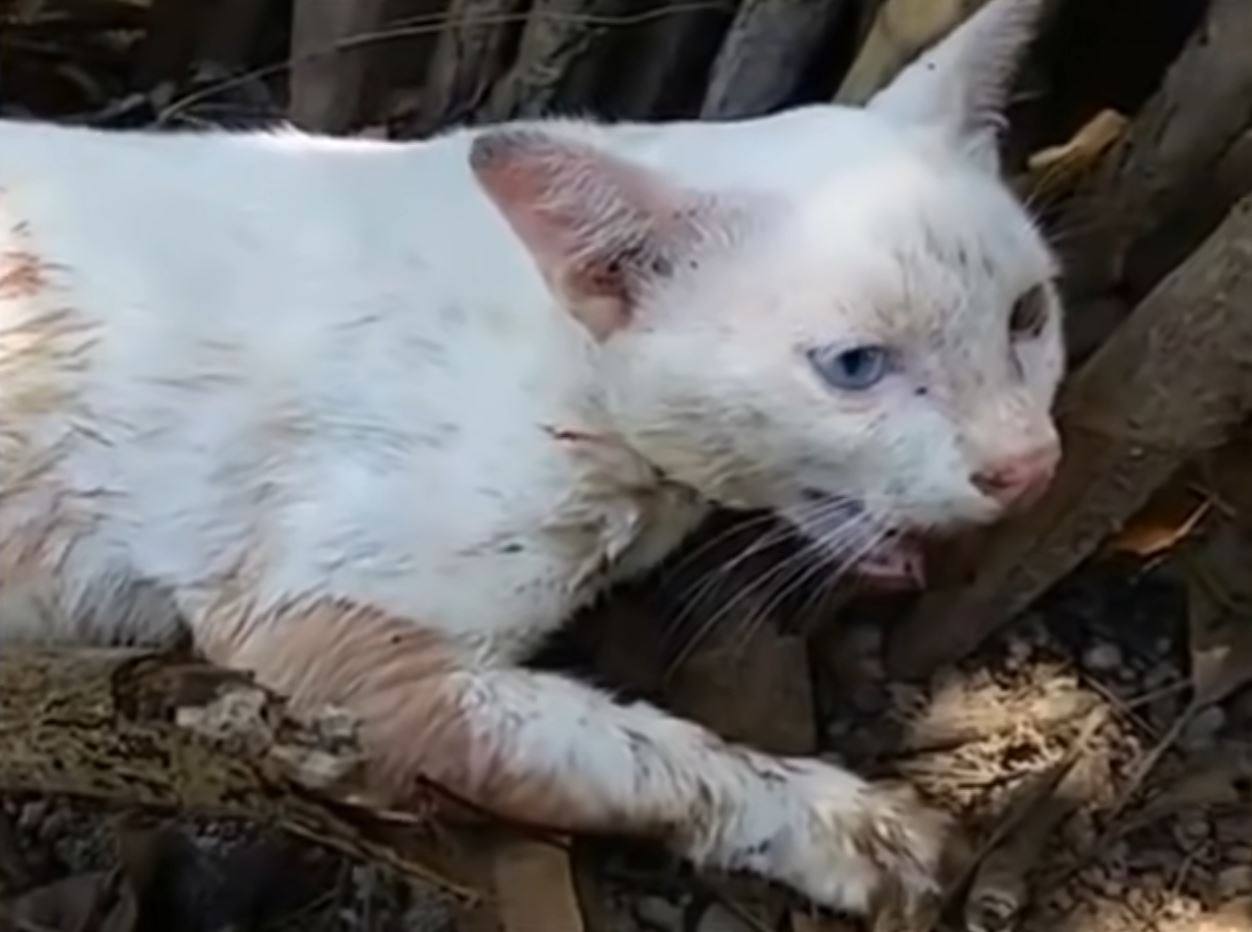 They plucked him to safety and take him to a vet where he is immediately placed on an IV to keep him alive. 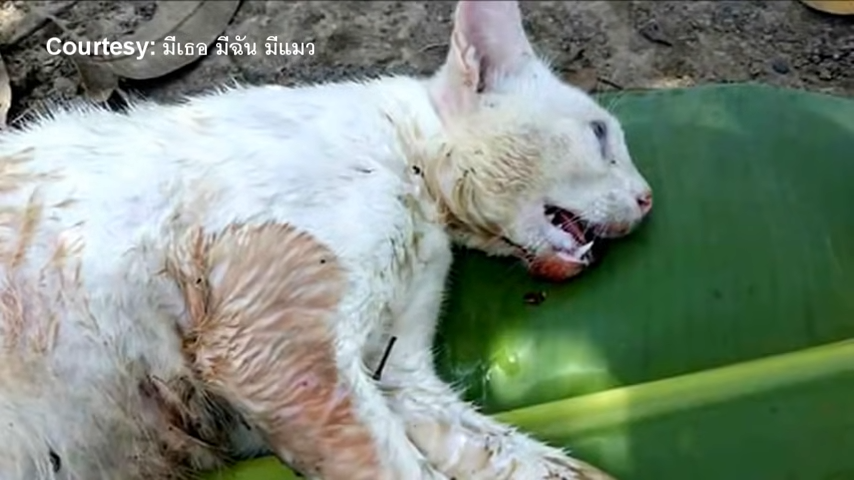 Covered in blood he is immediately cleaned up and his many wounds treated.