Badly burned, she finds a tiny kitten in the gutter, lying amongst all the glass and cigarette butts! 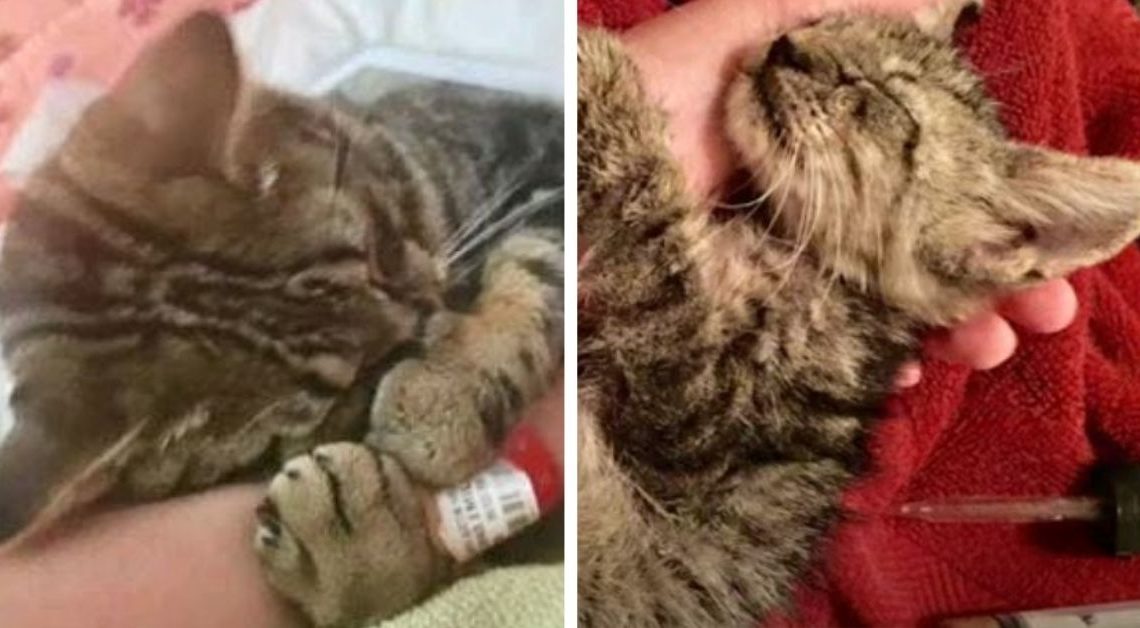 IN THE GUTTER, LYING AMONG THE GLASS AND CIGARETTE BUTTS, ON THE BRINK! IT’S ALMOST IMPOSSIBLE NOT TO BELIEVE FATE INTERVENED AND BROUGHT THIS PAIR TOGETHER.
A woman named Rose was out driving with her husband one day when he said, “pull in at this gas station.”

The interesting thing was at that moment she was thinking about rescuing a cat, or kitten, it seemed that fate was about to play a huge part in her future. 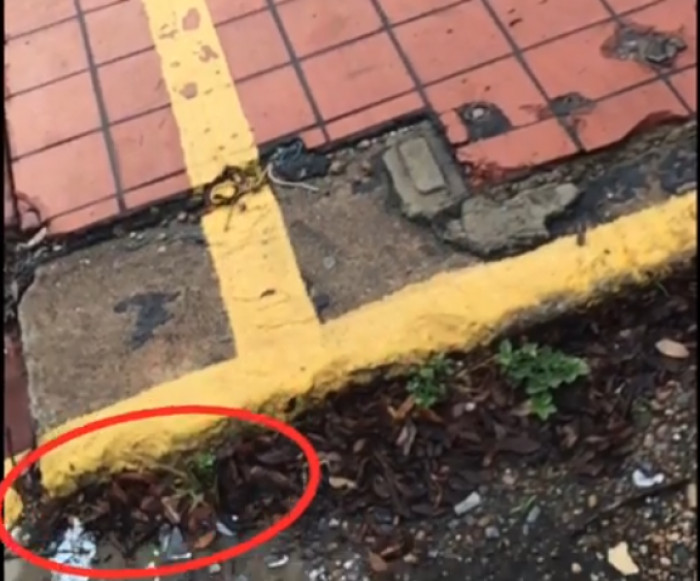 “We both had this weird feeling there would be a cat needing help there.” Then she saw a poor, tiny kitten laying in the glass and cigarette butts. “His skin was so badly burned from laying on the ground in chemicals and glass,” Rose explains.

Seeing the tiny call of fur was still clinging to life, she plucked him from the debris and brought him home. 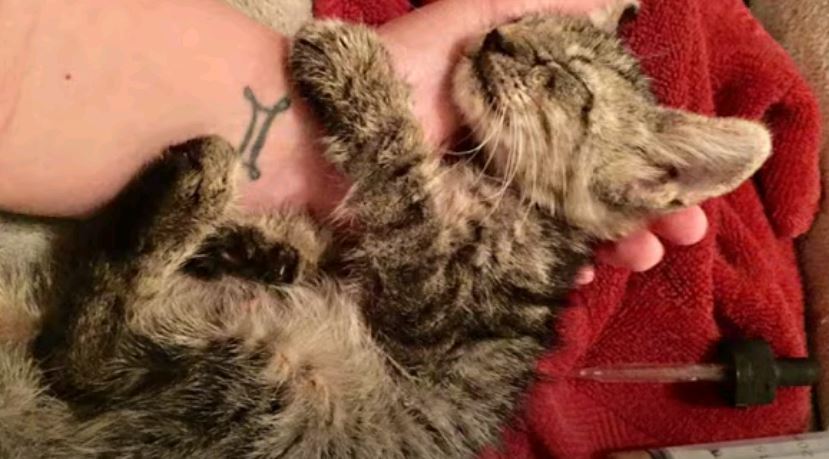 Rose began around the clock care, feeding the little orphan via syringe, and giving him all the love and care he needed.

“The first two nights I didn’t sleep. I stayed awake laying on the floor with my arm in his cat bed so he could hug me. More than anything, he needed to feel safe and loved. So I stayed on the floor with him until he was able to move a little more. His fur fell out, but eventually, in just a week or two he looked like this.”
From the moment Andy was rescued, he wouldn’t stop cuddling with Rose. But this story is even more special. You see, Rose herself was given up at birth and she found Andy just five miles from her birthplace! 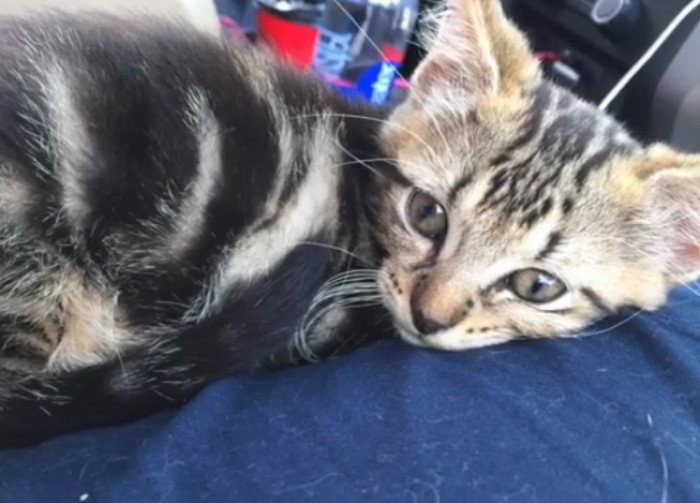 After it became clear he would make a full recovery, Rose gave her new houseguest the name Andy.

Something else that became clear was that he would continue to be a real cuddler, seeking laps whenever one became available. 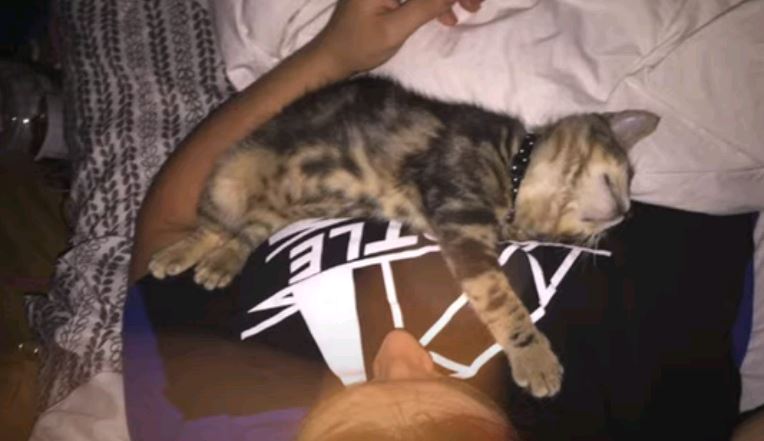 When he was ready it was time to meet the resident canine.

At first he wasn’t very happy, but five minutes later everything changed. 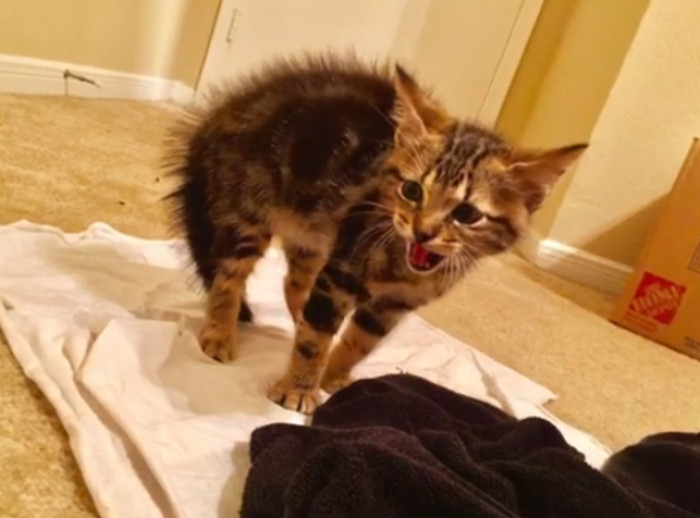 Now they are the best of friends!

He even gives her belly rubs for love, and they cuddle together all the time. 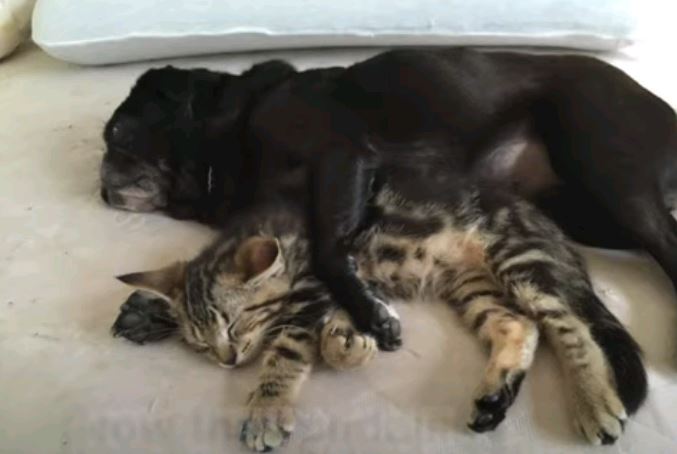 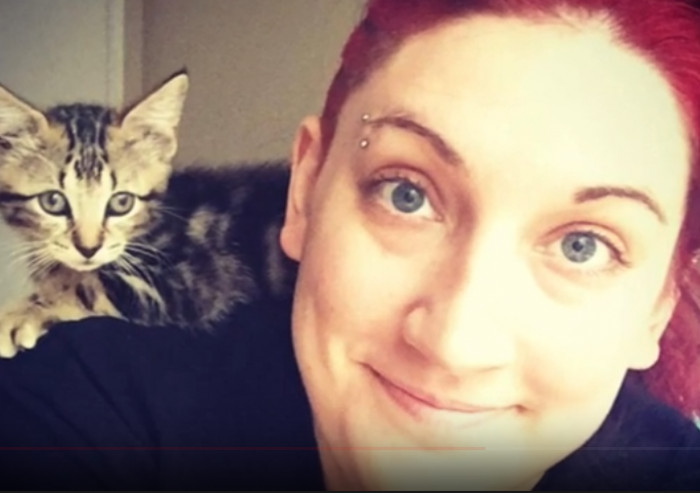 It’s a miracle they found each other, a miracle for a dying kitten, and his human rescuer. “We were both orphans, so I think he’s my soul mate. Now I CAN’T sleep without him.”

People have LOVED the story, too. Saying things like:

“What a BEAUTIFUL STORY!!! Both were RESCUED ON THAT DAY, HOW ABSOLUTELY AMAZING!!! Bless you and yours!!!”

And, “bless you for rescuing him. He is a beautiful cat!” 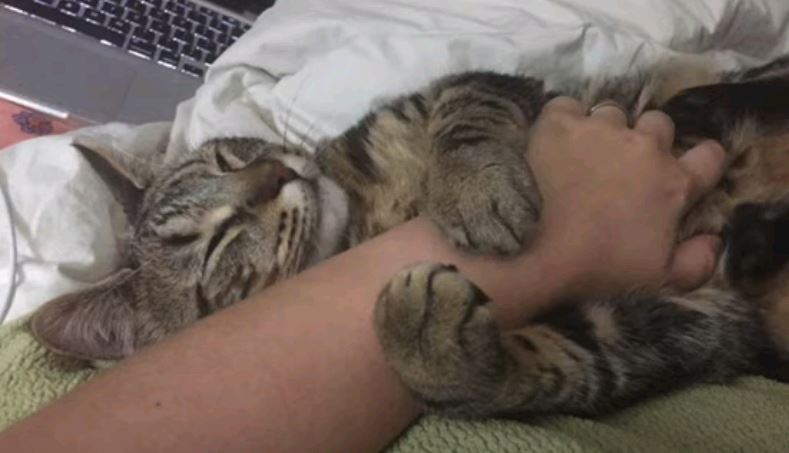 CHECK OUT THE FULL VIDEO OF THIS SWEET STORY RIGHT BELOW: