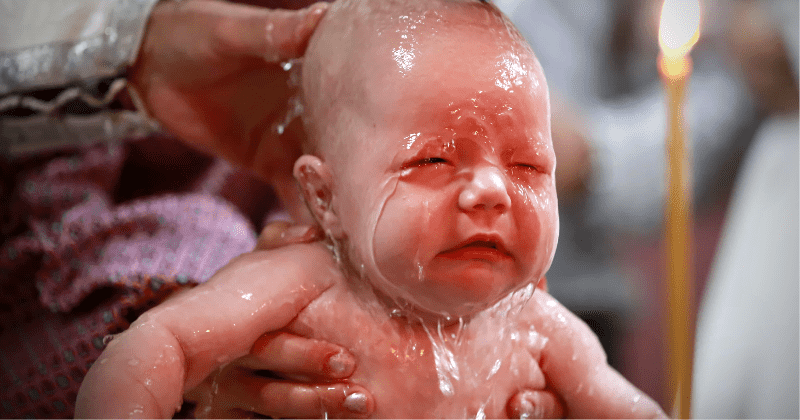 A six-week-old baby died an awful death after suffering a cardiac arrest caused by a baptism ritual in Romania, putting the Orthodox Church under immense pressure to change a long-held baptism tradition.

As per the ritual of Romania’s Orthodox Church, the baby was immersed in holy water thrice and had to be rushed to the hospital after suffering a heart attack in the church. A few hours later, the little one passed away and his autopsy revealed that his lungs had water in them.

“A one-month-and-a-half baby was found in cardiac arrest in the church after the baptism service,” Dan Teodorovici, a local spokesperson for the hospital said, as quoted by Independent. “The baby was respited by the SMURD unit that arrives on the spot. He was hospitalised in serious condition in the hospital’s intensive care unit, was intubated and mechanically ventilated.”

The child’s father revealed that some 110 milliliters of liquid were found in the child’s lungs.

Outraged by the way the priest carried out the ritual even after seeing that the child was in distress, the father told the local media outlet, Monitorul de Suceava, “The boy was crying but the priest submerged him three times in water and he inhaled water. [I] removed him, wiped him, from the doctors I found out he inhaled 110ml of water… If you see a child with a gaping mouth and crying you wouldn’t immerse him completely in water, would you?”

“The baby had blood on his nose. I put him face down to get the water out. He didn’t recover,” said the father, as quoted by Global News.

The baby’s death sparked outrage and led to more than 61,000 people signing an online petition to change the baptism ritual. Abolishing the Orthodox Church’s practice of baptism isn’t the intention of the petition, “but to change that sometimes brutal practice that involves the risk of drowning, especially in the case of children with health problems,” Vladimir Dumitru, who started the petition told CNN. 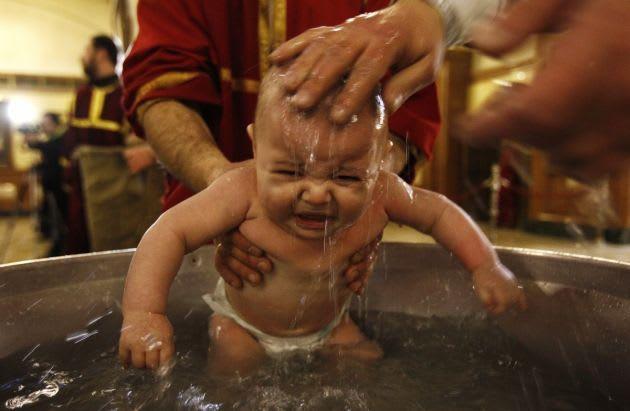 He added, “The petition is not directed against the institution of the Church or against the priests but has a constructive intention.”

Following the infant’s tragic death, the police have opened a manslaughter investigation involving the priest that carried out the baptism ceremony.

Vasile Bănescu, spokesman for the Romanian Patriarchate, told Antena 3, as quoted by CNN, “It is, without a doubt, a tragic case, a case that will have to be investigated. Let’s not imagine that a child can be put in water without covering his nose, mouth and ears. There is a technique that an experienced priest always uses. This is how a baptism is celebrated with the utmost care.” 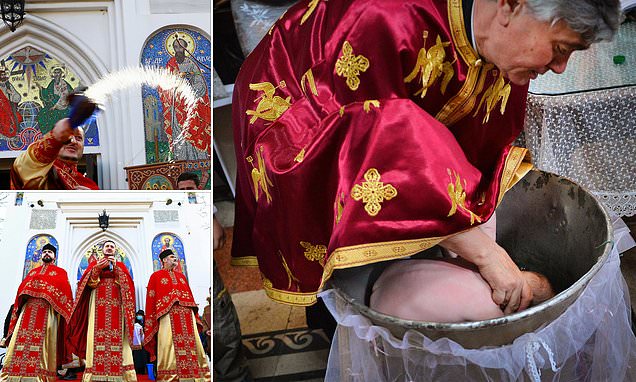 Although some of the church’s leaders have expressed a need for change, others are adamant about keeping the archaic and dangerous ritual intact, despite several such deaths taking place over the past few years.

“We will never change the ritual,” said the Archbishop of Tomis, as reported by BBC. “The canons of this religion have been in place for over 1,000 years. That is why we won’t change. We are not intimidated.”