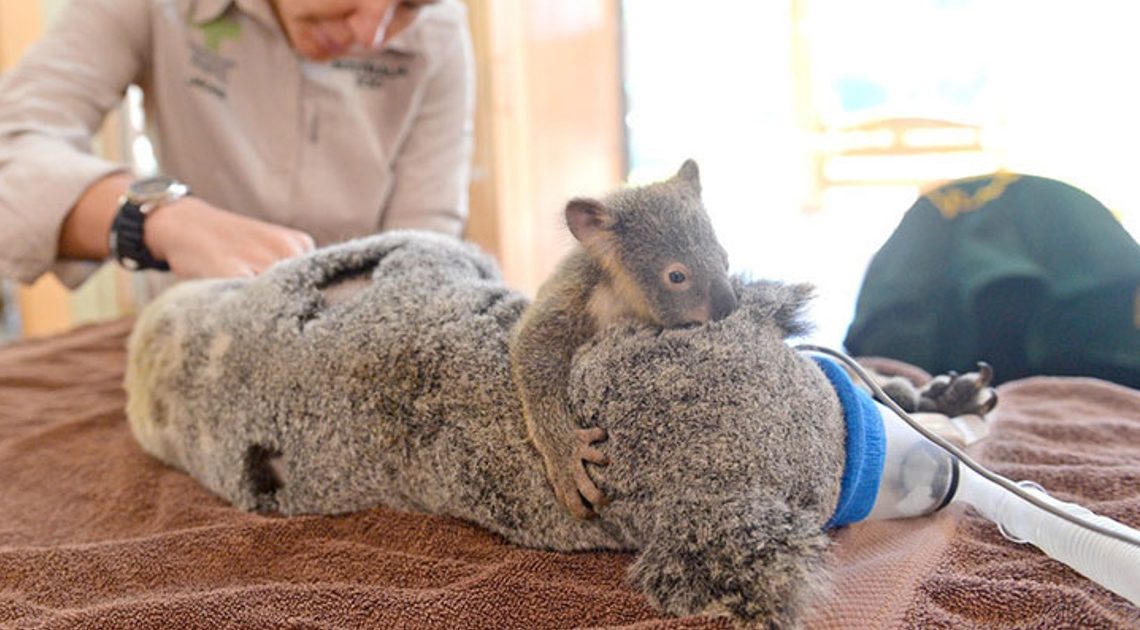 This is the moment a 6-month-old baby koala called Phantom stayed by his mother’s side while she was having life-saving surgery. 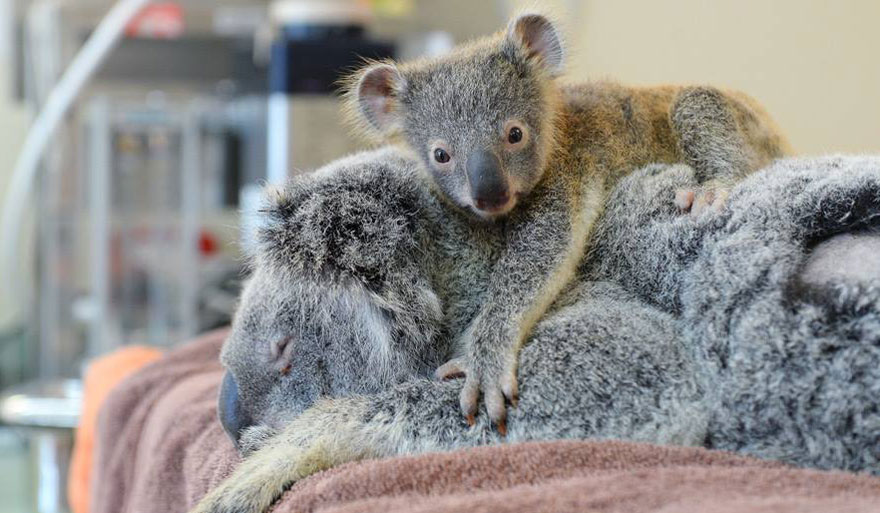 The momma koala called Lizzy was suffering from a collapsed lung and some facial trauma after being hit by a car in Australia. 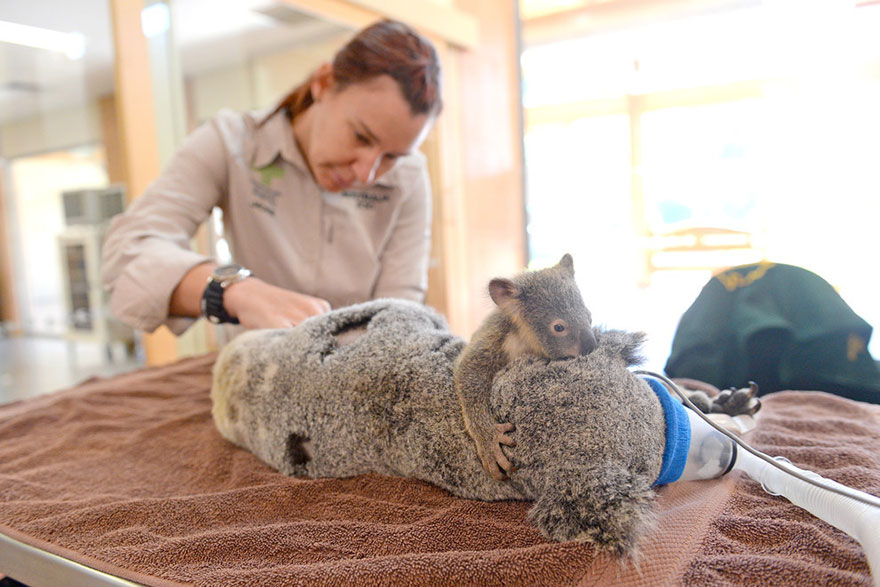 Luckily Phantom was unharmed, and as he was so young, staff thought it would be best to leave him with his mother. 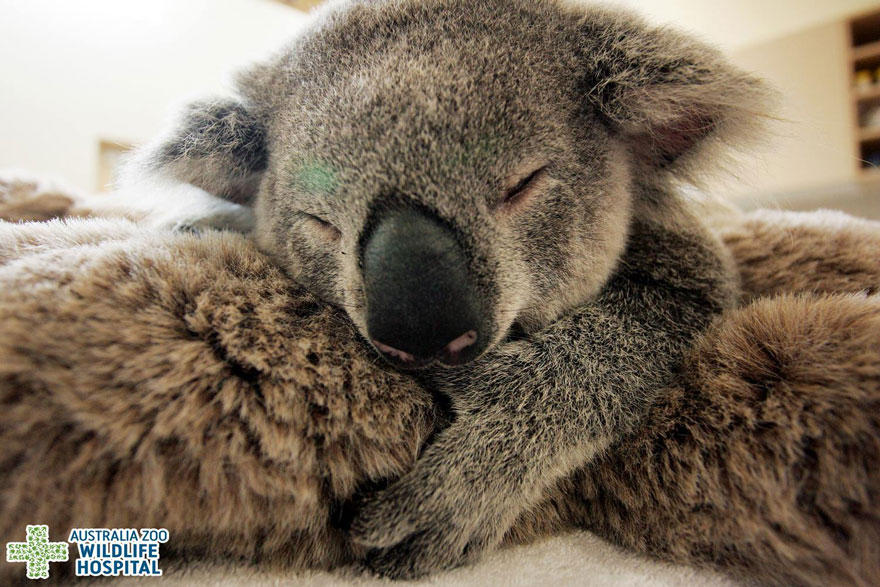 Phantom perched on his mum’s neck, giving her constant cuddles, and it seems like his hugs did the trick. 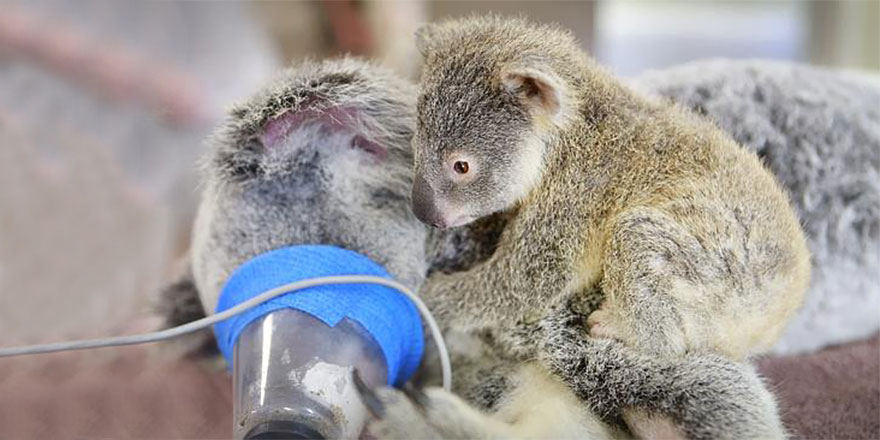 “Phantom is with Lizzy during her procedures and check-ups to ensure neither mom nor bub gets stressed out,” hospital staff told the ABC. 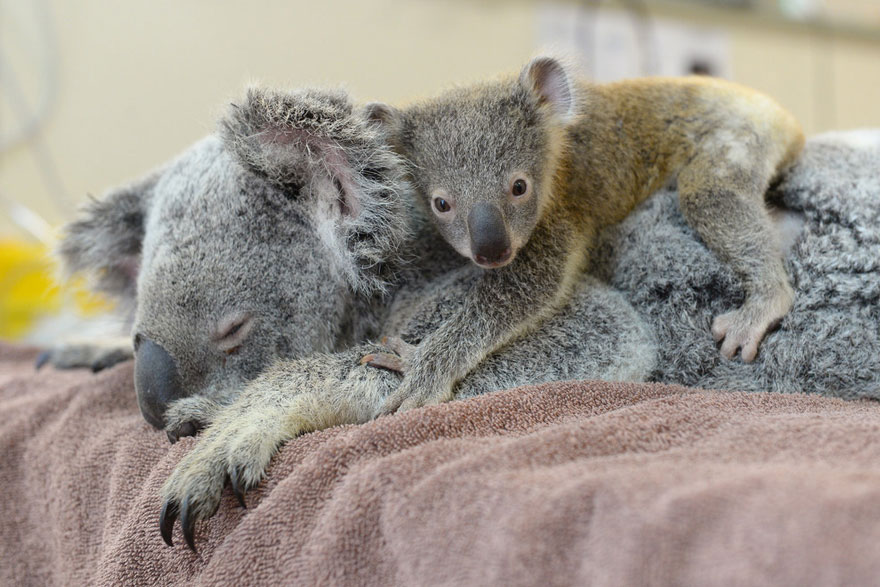 “Similarly, Phantom is in a ‘pouch’ during weighing to ensure he feels safe and protected while away from mum.” 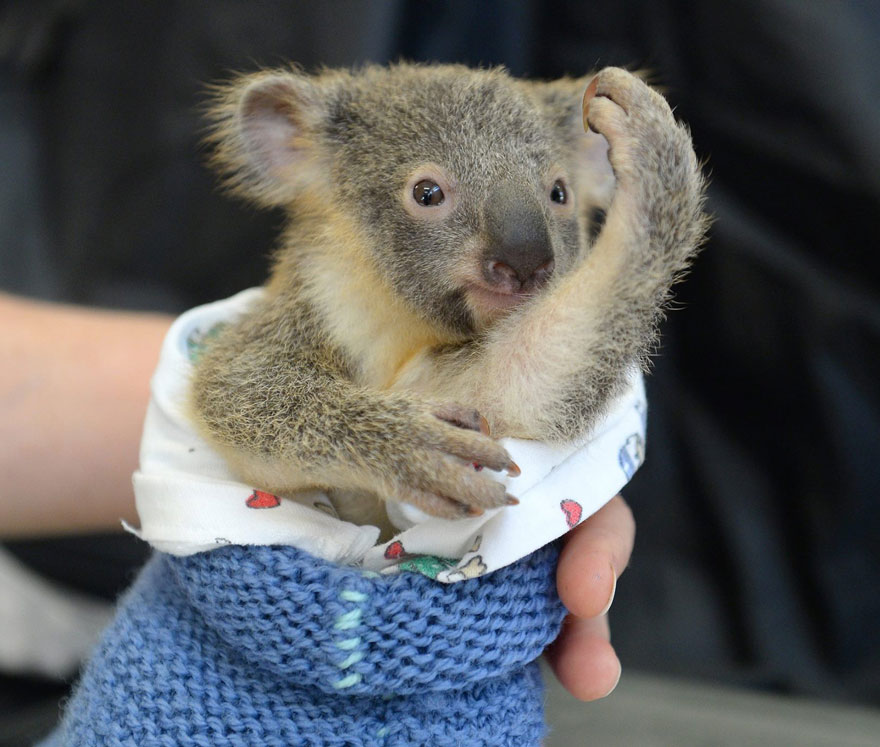