Baby goat with 22-inch ears becomes a star, might have longest goat ears in the world 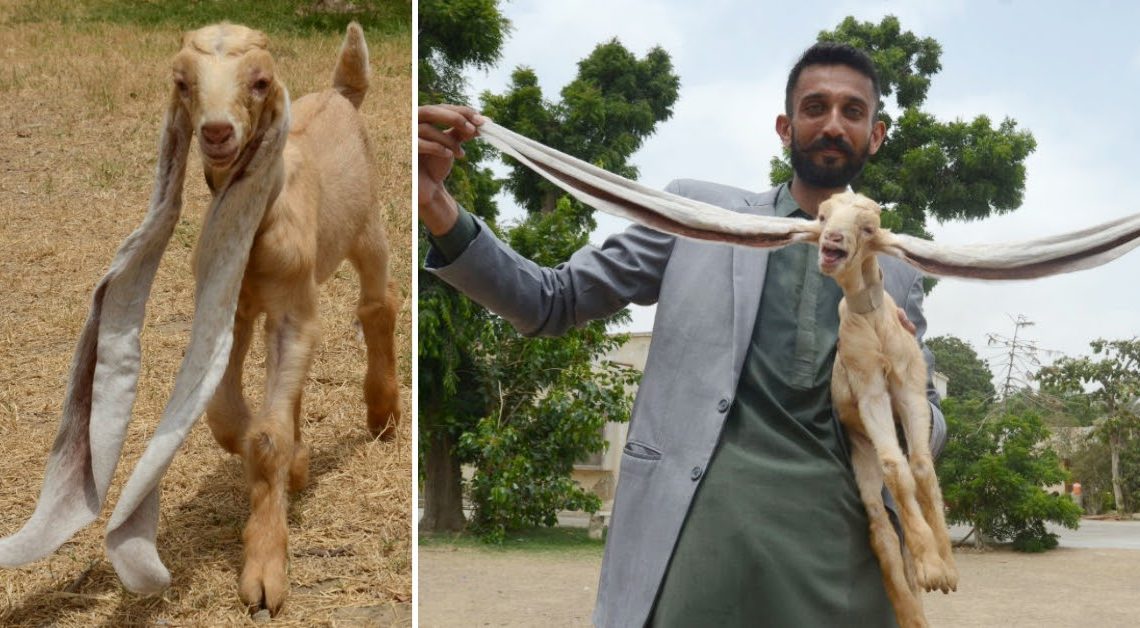 Just like in the movie Dumbo, some animals are born with extraordinarily big ears — and what makes them different also makes them very special. Big-eared animals can win hearts around the world and even end up in the record books. Now, one goat with unbelievably long ears is becoming a sensation — and is determined to set a world record, even if it means making a new one. Simba, a baby goat from Karachi, Pakistan, has been making a splash in his home country thanks to a unique and head-turning attribute: he has enormous ears, measuring 54 cm, or about 22 inches. 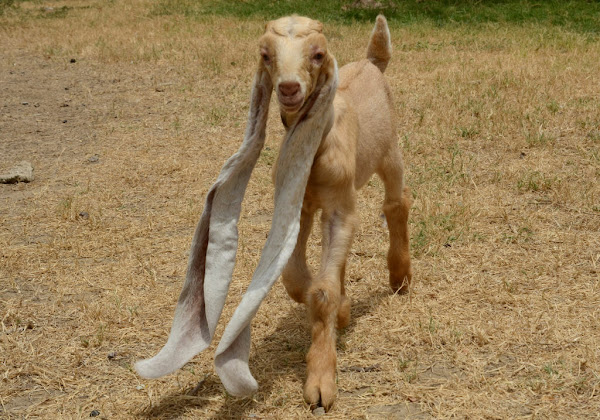 Simba’s owner, goat breeder Mohammad Hasan Narejo, says that this unique kid has become a media sensation in Pakistan. He told AFP that in just a month, Simba achieved levels of fame that most celebrities only dream of, and brought him unprecedented attention as well. “He has not only made me proud, but Pakistan, too,” Mohammad told AFP. “Within 10 to 12 days of his birth, he was already appearing in all the national and international media — and won a beauty contest.” Mohammad believes that Simba likely has longer ears than any goat in the world, and wants to make it official. But unfortunately, Guinness World Records does not have a category for “Longest Goat Ears.” 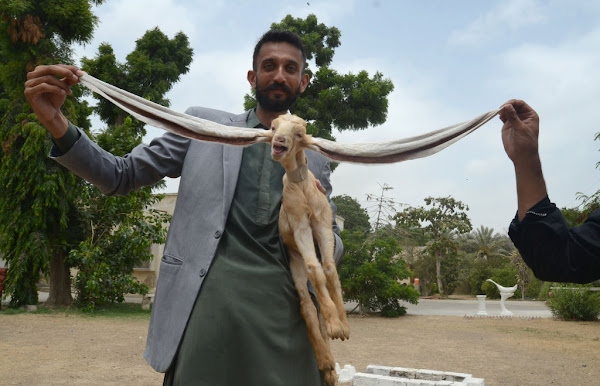 KARACHI, PAKISTAN – JUNE 16: A baby goat named Simba, has the World’s longest ears which are 48 cm , is seen with her owner in Karachi Pakistan on June 16, 2022. (Photo by Yousuf Khan/Anadolu Agency via Getty Images)

But the owner says he has been working to verify the record with Guinness: “They have accepted our application. Within 10 to 12 weeks, a team of Guinness Book of World Records will be here in Pakistan to measure its ears,” he told Times of India. According to their website, Guinness does have records for longest dog ears, longest rabbit ears, longest bat ears, and even the longest human ear hair, so surely they could add a new category for Simba.

VIDEO: Is this goat the GOAT? Long-eared kid takes Pakistan by storm.

A kid goat with extraordinarily long ears – 54 centimetres (21 inches) – has become something of a media star in Pakistan. Simba is now living a pampered existence in Karachi, where he was born last month pic.twitter.com/fc9LoWGTff

But even as he waits to get accepted into the record books, Simba is living his best life, basking in attention and becoming a local celebrity. His remarkable ears are protected with special harnesses, and Mohammad takes some spiritual steps to make sure his goat stays safe from harm. “We recite Koranic verses and blow on him to cast away the evil eye,” he told AFP. “Following a long tradition we inherited from our elders, we have fastened a black thread around him that is fortified with Koranic verses.” Simba is now reportedly living a “pampered existence” in Karachi, and the owner hopes that Simba’s fame is only just beginning. “Simba’s Pakistan name must roam the whole world,” Mohammad said. 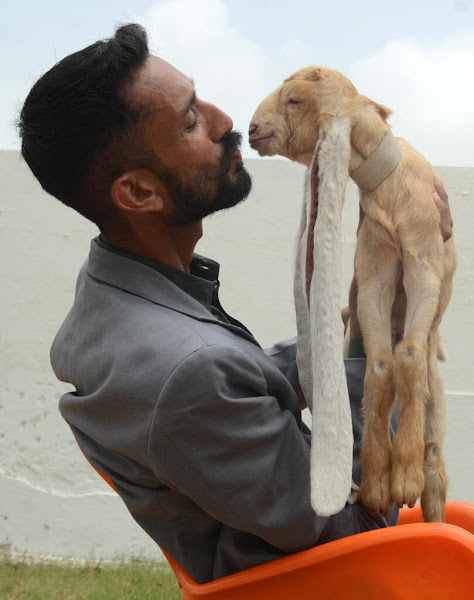 Wow, that is one incredible, unique goat! We hope Simba gets to set an official world record and continues living his best life!