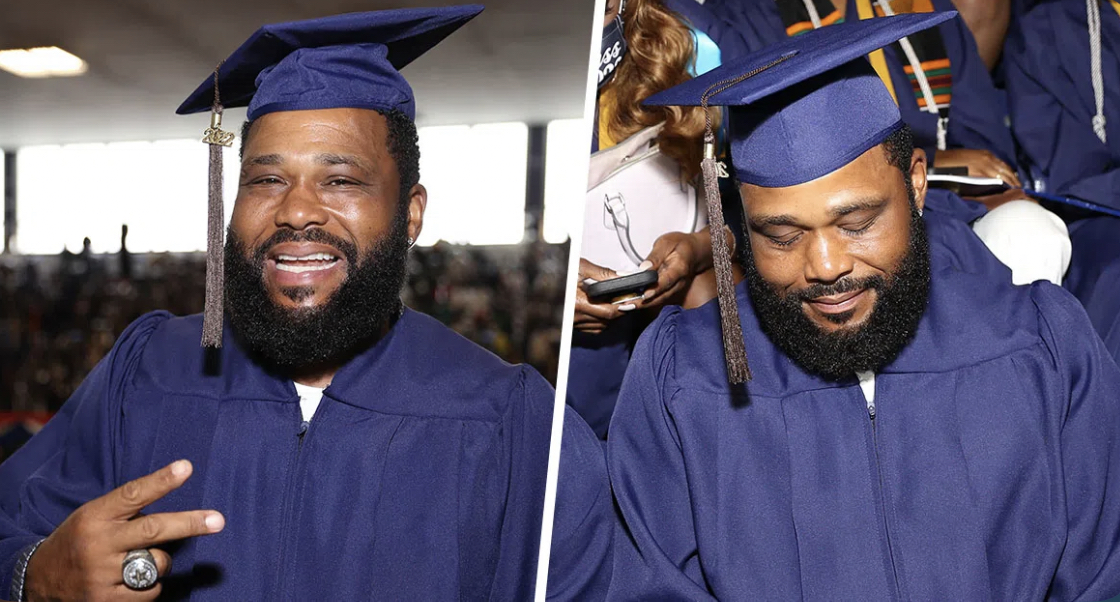 He posted his achievement on his Instagram page on Sunday, inspiring others and thanking those that have helped him accomplish his goals. 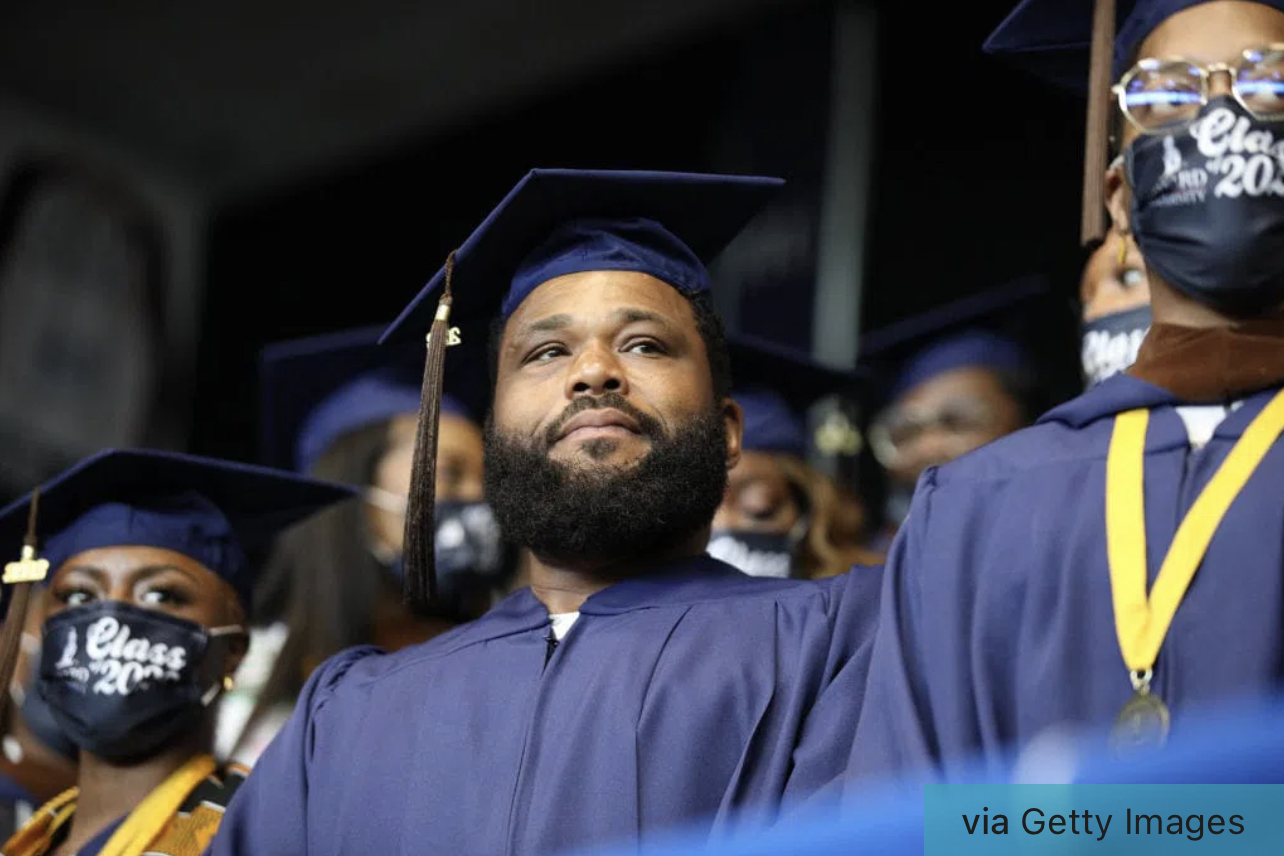 “To quote Biggie, ‘IT WAS ALL A DREAM!’” he wrote. “Words can’t begin to describe the emotional roller coaster I’m on right now. It’s literally been 30 years in the making.”

“This spring I was finally able to complete the work to graduate from Howard University with a BFA degree from the Chadwick A Boseman College of Fine Arts!” Anderson continued. 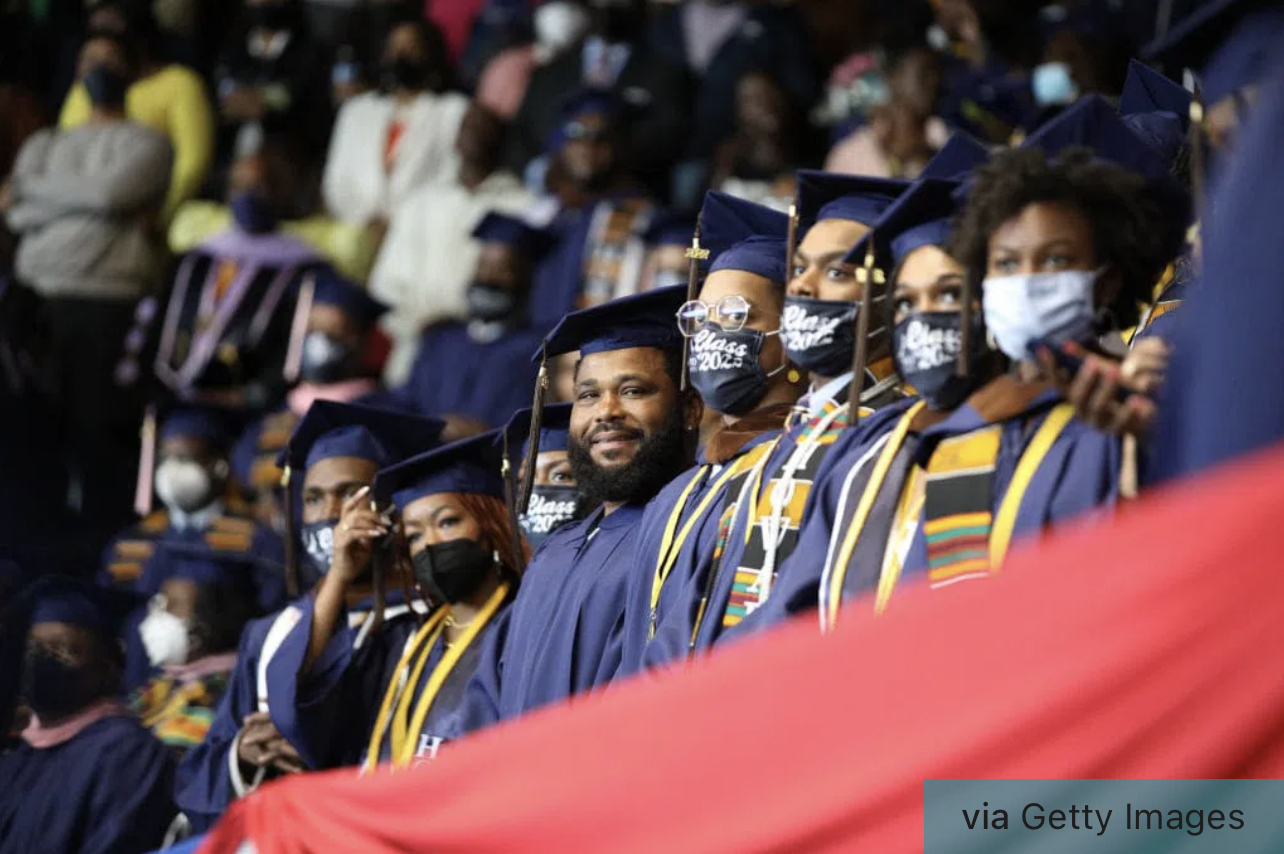 “Yesterday was a full-circle moment. It’s never too late! Things happen when they’re supposed to happen!”

Anderson then thanked Phylicia Rashad, the current Dean of Howard University’s Chadwick A. Boseman College of Fine Arts, sharing a photo of them both together. 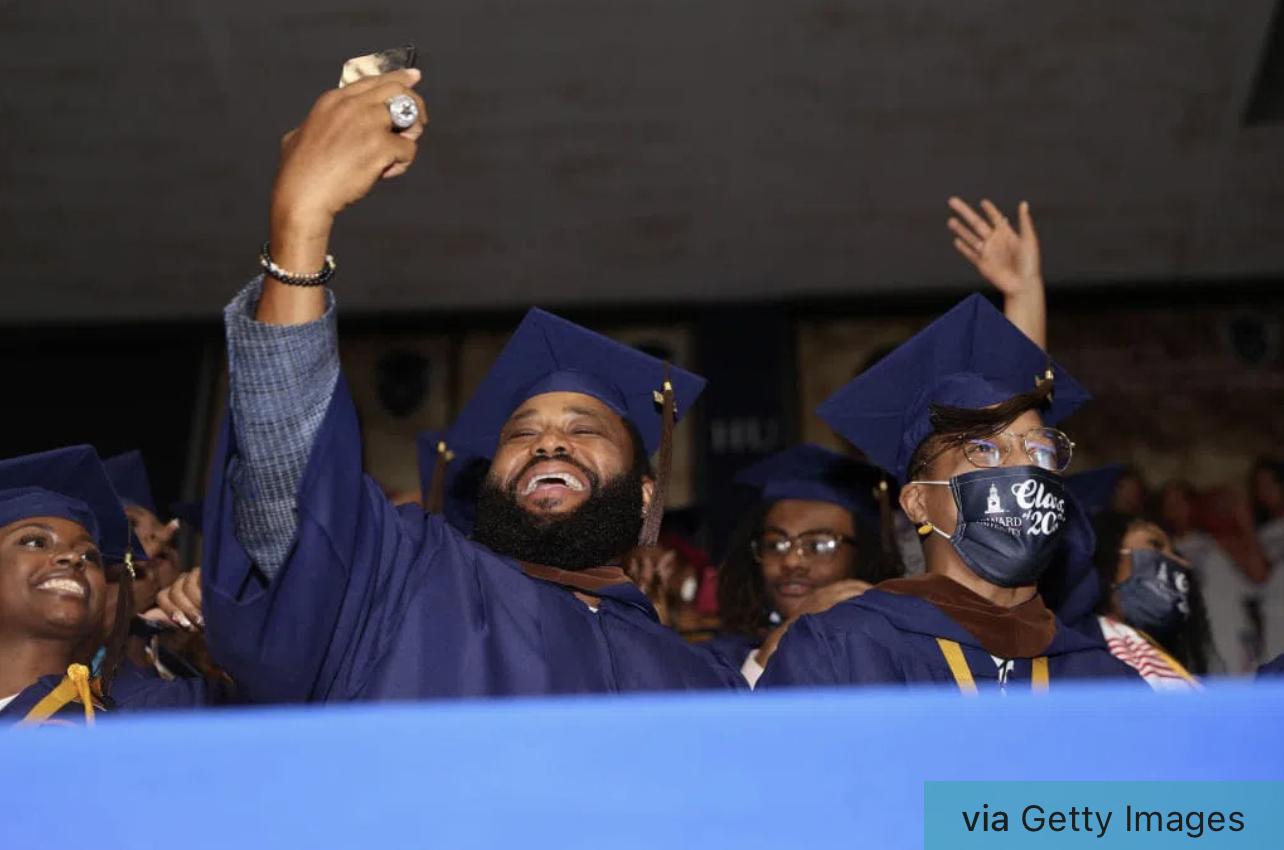 The TV star has previously spoken out about his financial struggles that led to him dropping out of the course before.

Anderson admitted back in 2018 on the Tonight Show Starring Jimmy Fallon, “I was paying for college myself, and I ran out of money after my junior year. 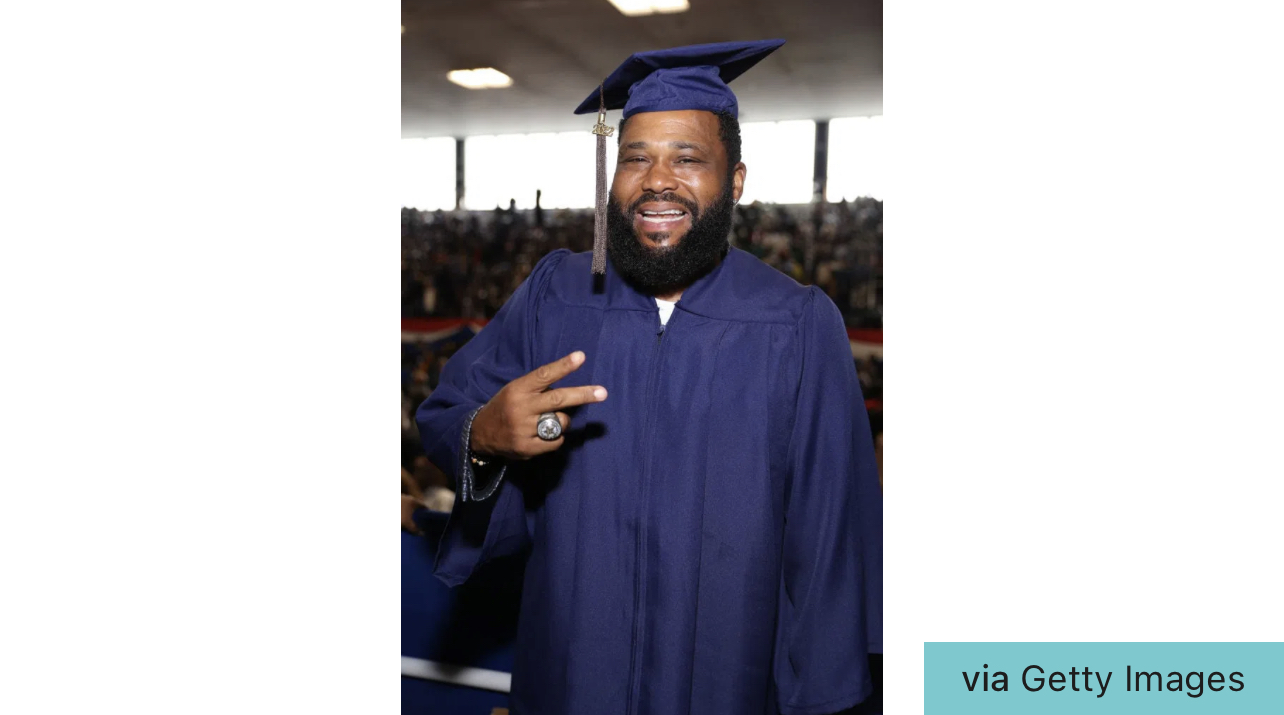 “I’ve been speaking to the university… about creating a curriculum that I can take online, and at home, and do some practical classes on campus so I can walk with my son in 2022. So I have four years to finish one year of college.”

And he did it!

He thanked his son Nathan in his post, who he said was the one to encourage him to “return to school to finish my degree after he was accepted into Howard University.” 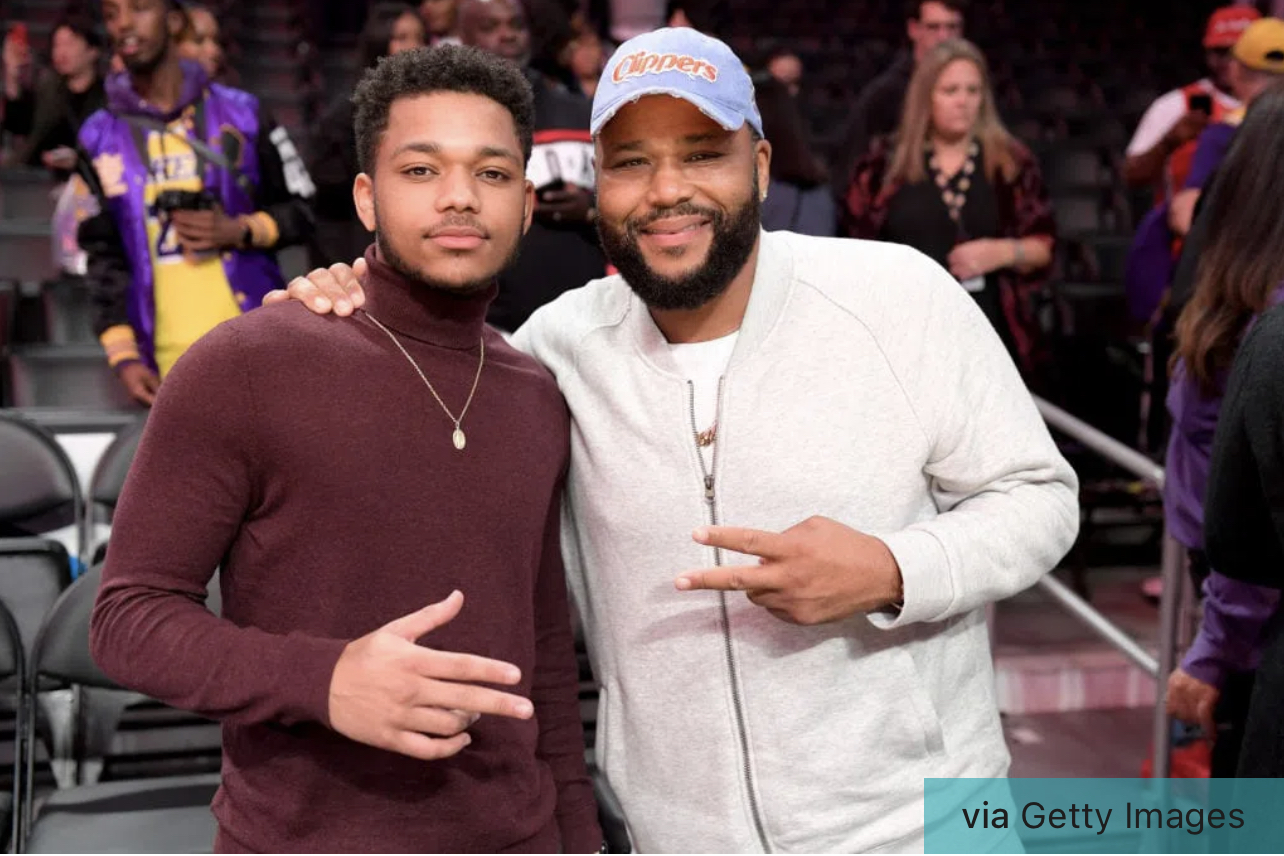 He added: “It takes a village. Thank you to my son @hotboynato for inspiring me […] This is just the beginning! HU!”

We think so too!