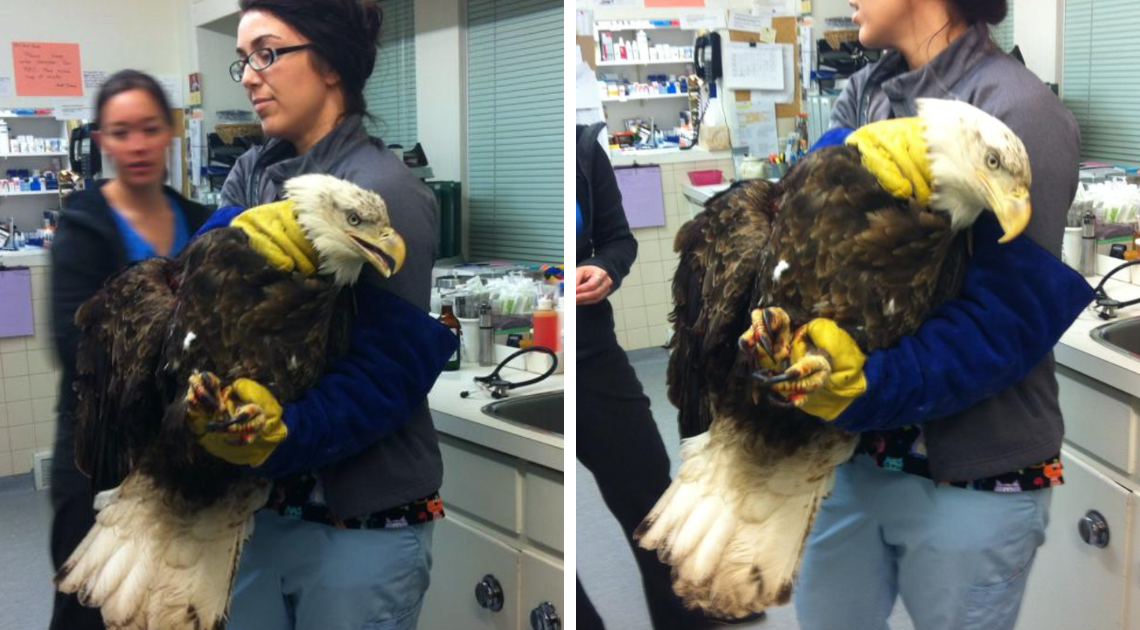 Reddit user CosmoGatto works at a local 24 hour emergency hospital and sees her share of wildlife animals come in. But this unusual guest came in with a broken wing.

The bald eagle was surprisingly heavy as the vet lifted him out of the box. 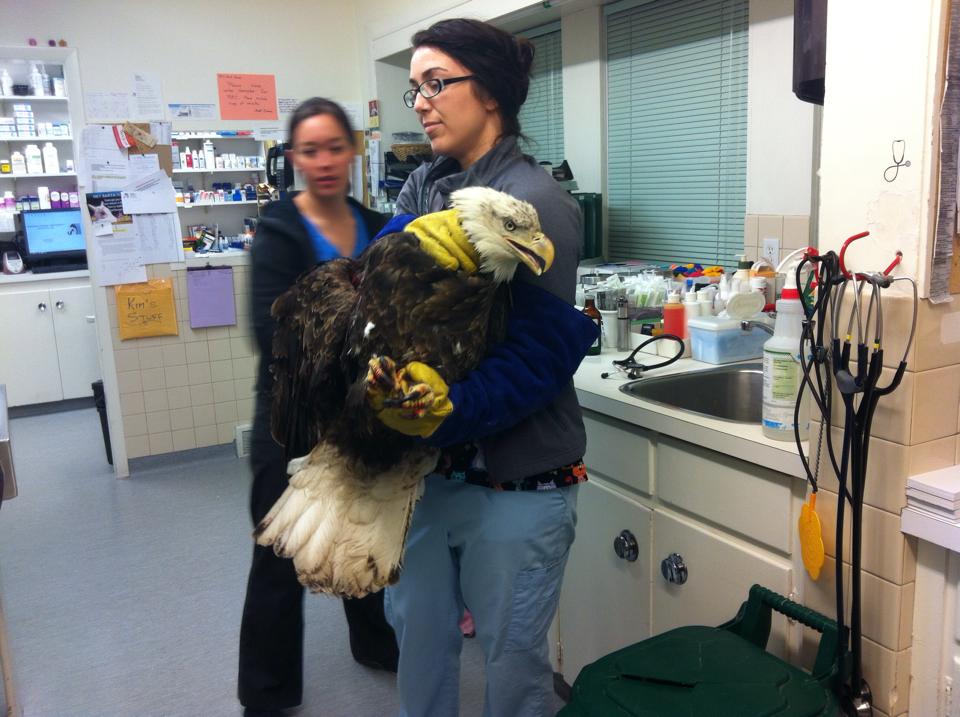 This shows you the difference between talons and fingers. This close up is amazing! 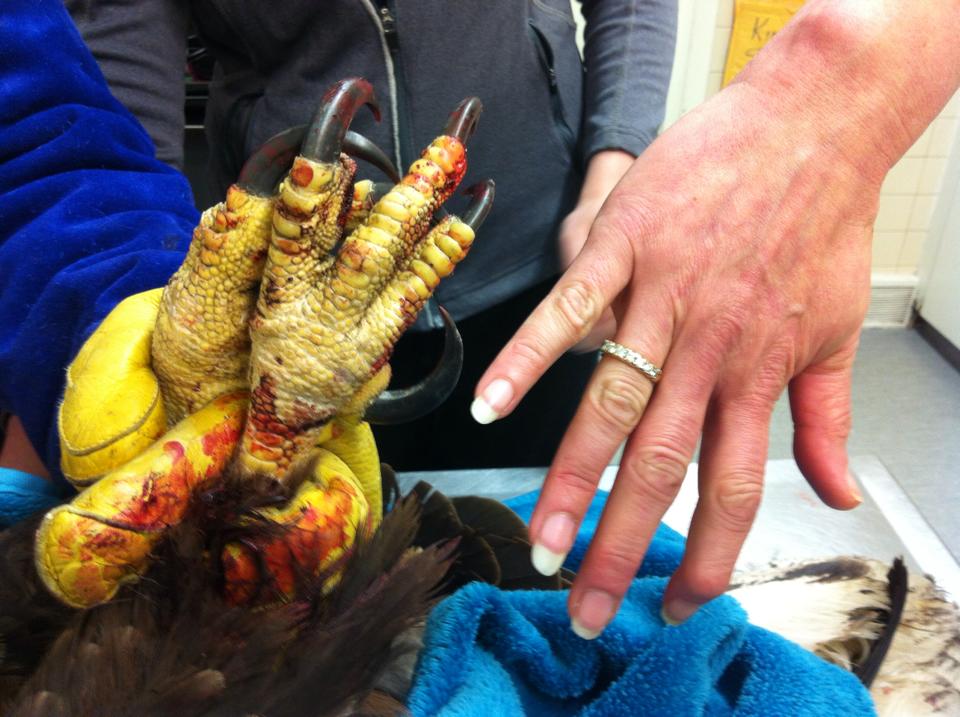 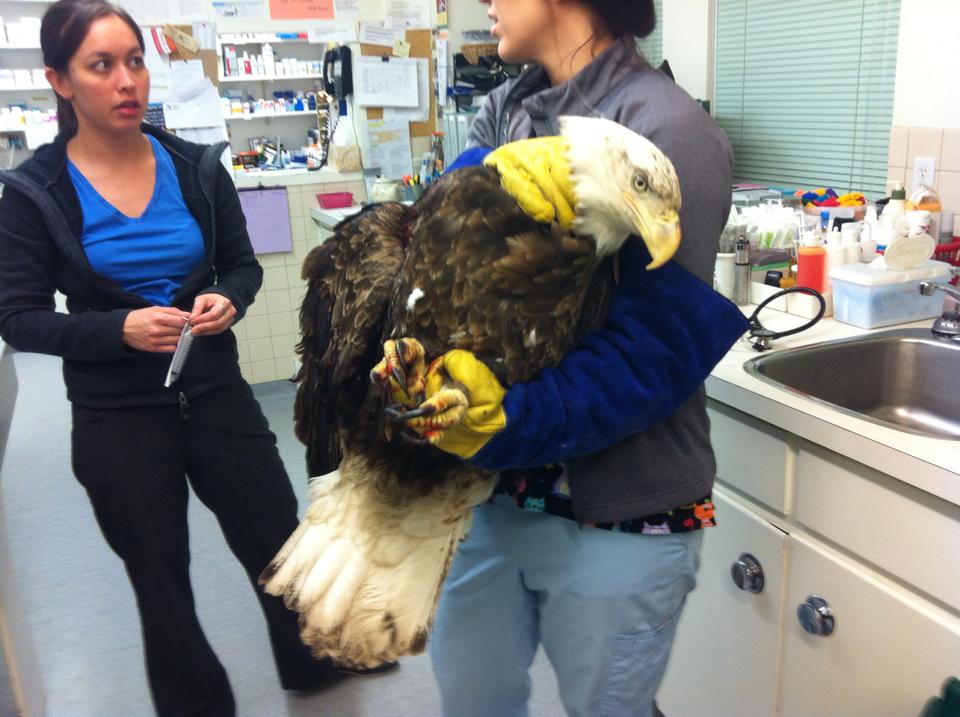 The vet had to put the large eagle in a position to keep them safe and the eagle comfortable so he could be examined for further injuries. 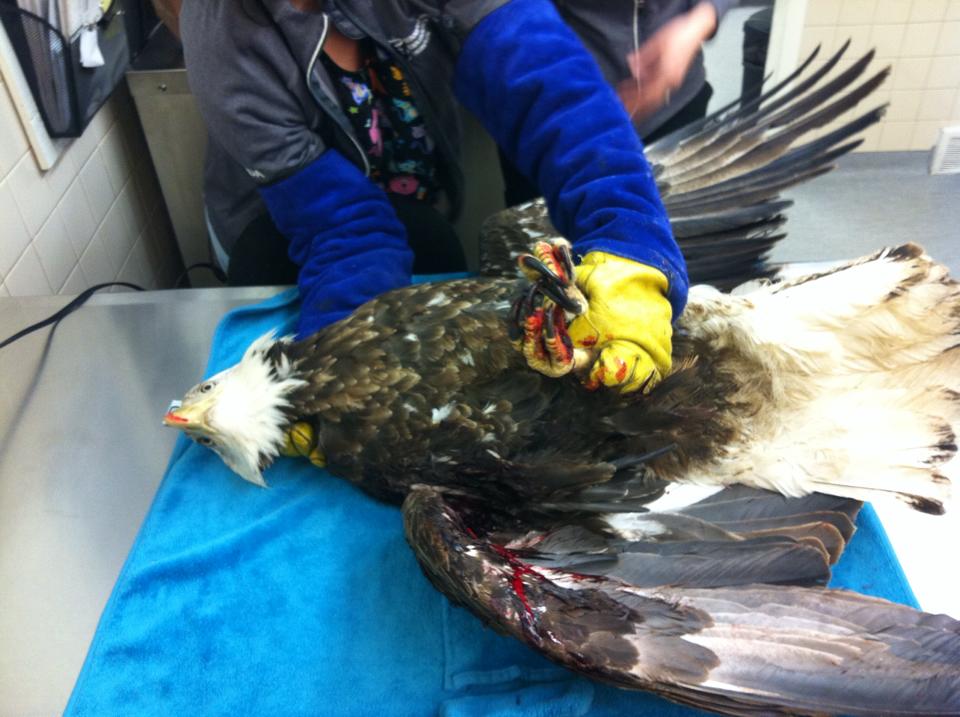 They did confirm that it was a broken wing. The bone punctured the skin which had caused bleeding. 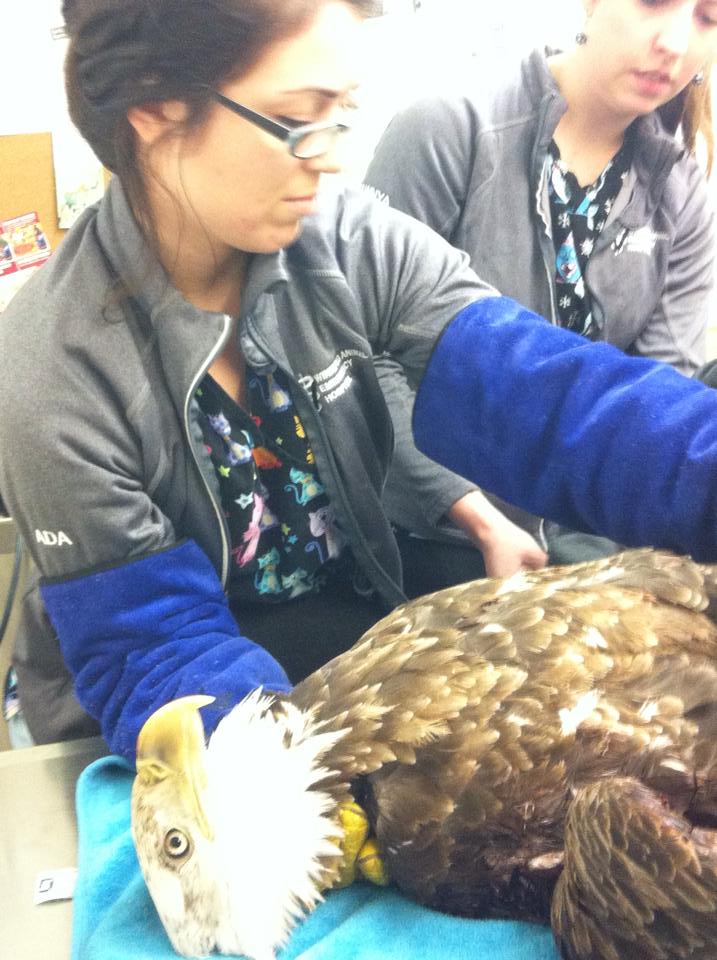 Check out the wingspan! 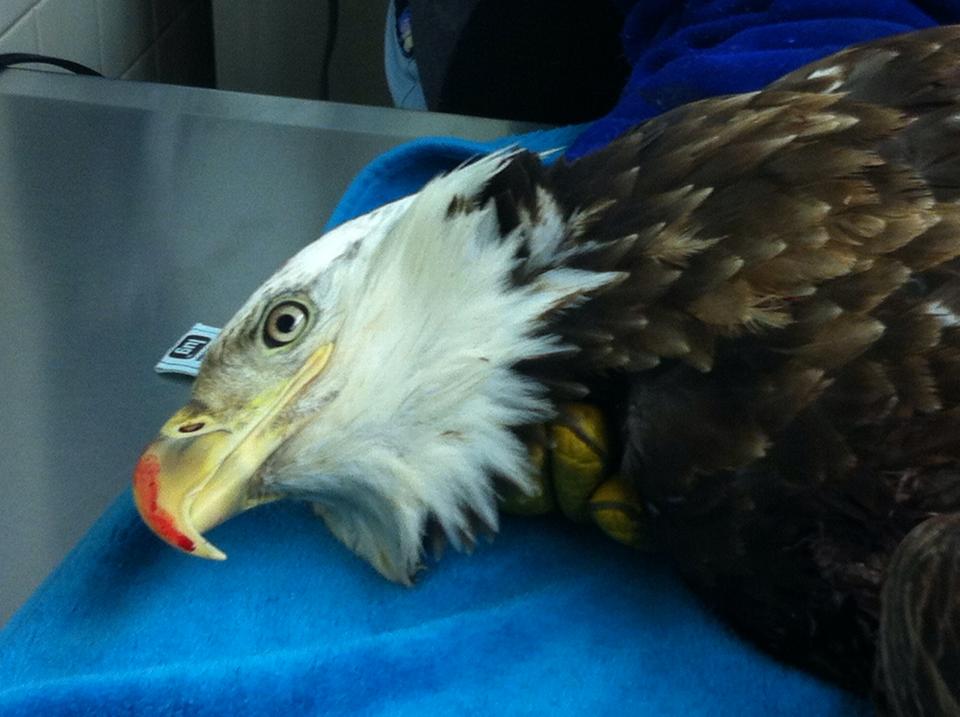