Ageless Michelle Pfeiffer, 63, Shares Her One Rule About Plastic Surgery

Since 1983’s Scarface, Michelle Pfeiffer has caught the eye of thousands, and continues to do so with her age-defying looks and a career that’s showed all signs of staying just as persistent. How does she stay looking so good even at 63 as of April 2021? Pfeiffer laid out some of her routine as well as her philosophy on those two big words: plastic surgery.

It’s something that many people in and out of the limelight pursue or avoid to very varying degrees. So, what role does plastic surgery play in Pfeiffer’s appearance? So far, none, and there are reasons for it that span from her skincare routine to personal philosophy. Learn more about her views – and regimen – here.

In 2019, Oprah Daily shared an interview with Pfeiffer discussing what it means to age – and bear proof of aging – while under the limelight. Such individuals, especially women, face pressures to live up to certain standards and imposed norms as they get older. But Pfeiffer says age has just made this battle easier for her.

“The older I’ve gotten, the easier it’s become,” she shared. “You reach a threshold where you’re fine with looking good for your age instead of looking young for your age, and I’ve crossed it. Would I like to look the way I did in my early 30s? You bet, but that’s not going to happen, and I don’t feel the same pressure I once did to do so. It’s quite a relief, honestly.”

Michelle Pfeiffer on plastic surgery and what she does instead 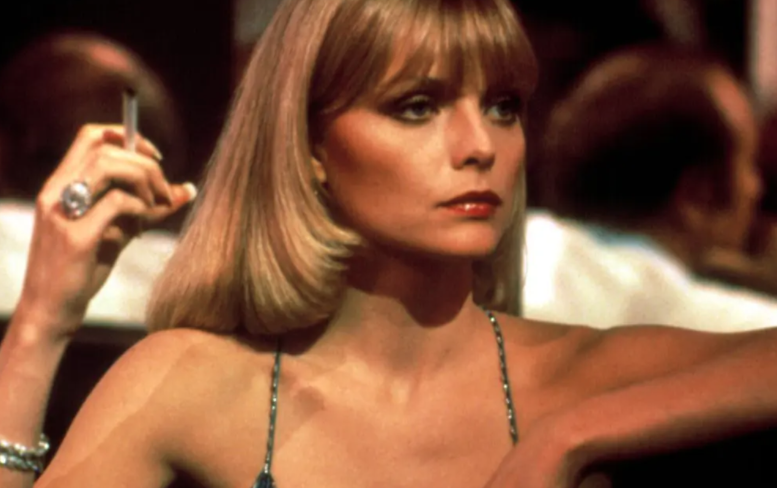 For the most part, Pfieffer lets certain lifestyle choices take the place of plastic surgery for keeping up a smooth appearance. “In terms of makeup, I love the W3ll People mascara,” Pfeiffer revealed of her differing makeup standards for different occasions. “When I’m on film and, God forbid, in high-def, I need the best-performing products. Sadly, I feel like there’s still a bit of a gap between clean products and effective ones.” However, she also relies on diet – and some choice perfume. She feels “Eating a vegan diet — it’s just so much healthier — and you avoid a lot of toxinsthat could age your skin and your body.”

In terms of plastic surgery, Pfeiffer says she has not partook yet but does not rule it out. “Sometimes I think about it, sometimes I don’t,” she outlined. “It really depends on how well I’m lit. It depends on my makeup and all kinds of things… I’m not saying that I won’t have plastic surgery at some point. I think that it’s harder and harder the older you get to say never. Especially being in the public eye. It doesn’t really matter, I think that if people actually want to do something here or there, who cares? If it makes them feel a little bit better about themselves… What I object to is too much. And really bad plastic surgery. When I think it becomes a distraction and when people don’t look like themselves anymore. As long as it doesn’t overtake them.”

She also stresses, “Confidence is all about attitude. How often have you met a person who may not look like a Barbie or Ken doll but just has something sexy and classy about them? Attractiveness has more to do with the way you feel about yourself. And the swagger that can come with that.”